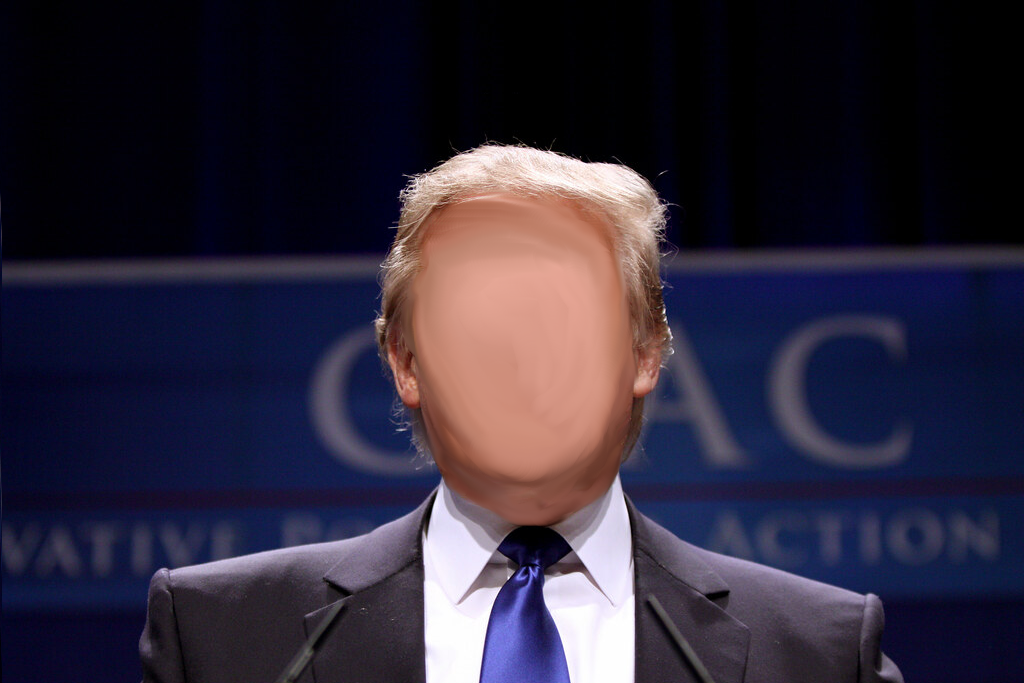 In the past several days since 6th January, social media platforms, as well as public personalities and politicians, have doubled down on their efforts to combat Trump, his supporters, and other organizations or institutions seen as associated with Trump or facilitating his online presence.

Twitter’s largest direct competitor, Parler, has seen a persistent pressure campaign against it in the past week. So far, it has resulted in the platform being offline for some time - at least a week according to its CEO. Another story developing at the moment is the apparent widespread breach of Parler’s user data.

On Friday, Trump’s allies Sidney Powell and Michael Flynn were banned on Twitter along with the president. Since then, Twitter has been banning accounts on an enormous scale. As many prominent Twitter personalities, broadly on the right, reported, up to 10% of their subscribers had seen their accounts terminated.

Later on Friday, Trump used the other Twitter account at his disposal, @POTUS, to share his thoughts on the ban of his primary account with the public. His statements were swiftly removed by Twitter and since then, Trump has not been able to post anything via the @POTUS account. Along with @FLOTUS and several others, this Twitter handle is always transferred from one US administration to the next during the inauguration. 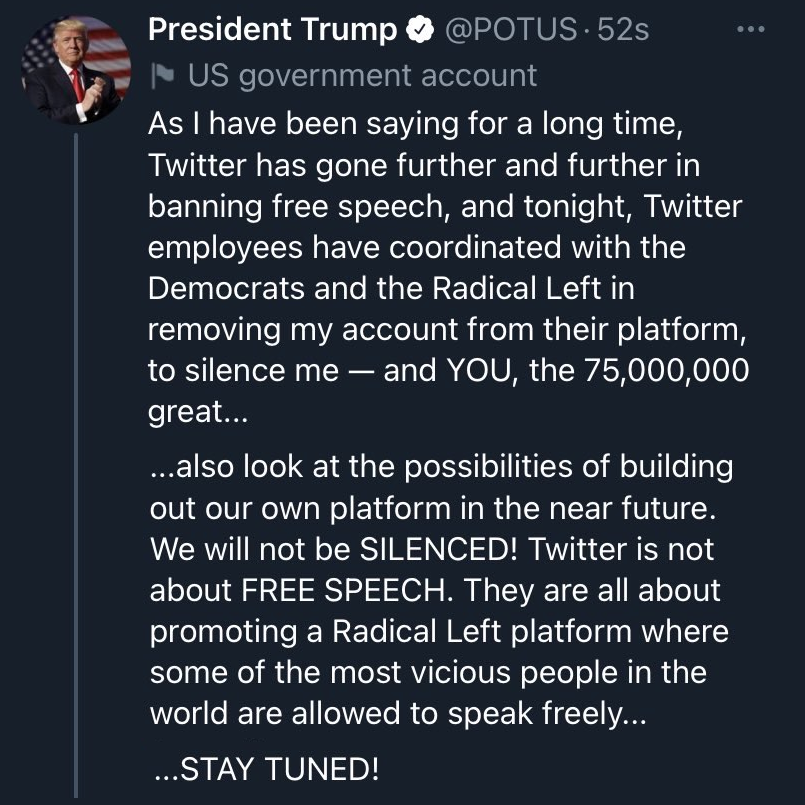 Trump’s @POTUS tweets were reportedly removed by Twitter in real-time as they were being read out by Tucker Carlson on his Fox News show.

Over the weekend, the Washington Times claimed that the American Civil Liberties Union (ACLU) had put out the statement criticising Twitter for suspending Trump’s account. In it, ACLU’s Senior Legislative Counsel Kate Ruane is supposed to have warned against the “unchecked power to remove people from platforms that have become indispensable for the speech of billions.” However, at the time of writing, ACLU has not put out any official statement on their website or elsewhere. It is possible or even likely, therefore, that the aforementioned statement is fabricated.

Twitter’s ban on Trump and Amazon’s ban on Parler have both followed calls of their respective employees asking the companies’ bosses to act. In Twitter’s case, its employees described in an open letter how they ‘have watched right wing extremists grow on our platform, nurtured by @realDonaldTrump.’ They claimed that ‘Trump is no longer a legitimate democratic actor,’ because he continues to dispute the legitimacy of the process of the 2020 Presidential election.

Over the last days, Trump’s online presence was further challenged. CampaignMonitor, one of Trump’s email service providers, said they had stopped sending out emails put out by Trump’s campaign, partly cutting him off from his email list of supporters. Several other providers denied having withdrawn their services from Trump. 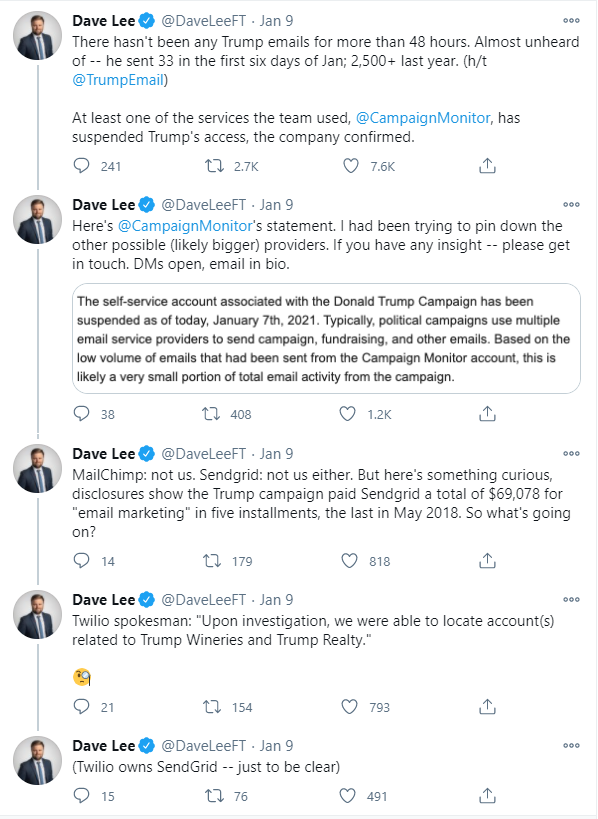 The payment processor Stripe has also joined the others in withdrawing its service from Trump. As reported by Yahoo, on Monday morning, it said it will no longer process Trump campaign payments. Trump has reportedly also been banned from the vintage platforms Friendster and MySpace. The Guardian reported that the Professional Golfers’ Association of America decided to move its 2022 championship away from Donald Trump’s golf course at Bedminster, New Jersey.

Along with Trump and many personal accounts, Silicon Valley social media platforms have suspended major campaigns as well. After pressure from the activist group Sleeping Giants, the account of Ali Alexander, a major organizer of the #StopTheSteal campaign, was removed. Further, Brandon Straka has reported that the #WalkAway campaign was banned from Facebook, with the accounts of all its team members removed. #WalkAway was established for the goal of helping individuals on the political left to be able to distance themselves from the Democratic Party and the ‘divisive tenets’ it espouses.

On Saturday, Steve Bannon’s War Room show was removed from YouTube. Over the last year, the program of the former White House Chief Strategist has become one of the largest voices behind Trump.

Among the widespread censorship justified by the reference to supposed incitements to violence or the likelihood of causing violence, the New York Post reported that, at the same time, Twitter allowed the slogan ‘Hang Mike Pence’ to trend for hours. Although the line is alleged to have originated during the Capitol unrest of the 6th, it has been interpreted as a call for violence by Trump’s opponents against those who have for long been on Trump’s side. Such calls would be in line with the rhetoric of Trump’s opponents in the past days. Britain’s LBC presenter Shelagh Fogarty, for example, responded to the scuffles inside the US Capitol with the words ‘Shoot them’, which she deleted amid a backlash. This comes alongside Joe Biden likening Ted Cruz to Joseph Goebbels for his alleged role in spreading lies about election fraud.