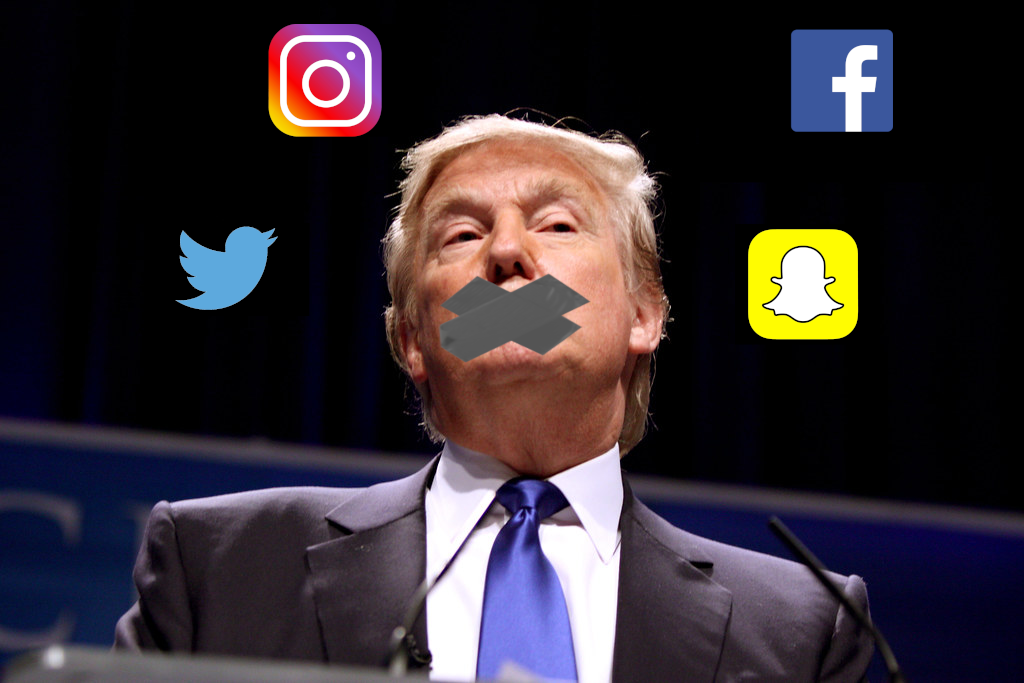 Following the ‘storming’ of the US Capitol building by Trump supporters on Wednesday 6th January, major social media companies banned the US President from their platforms. As of 23:45 GMT, this includes his Twitter account, which has been permanently shut down. This coincides with wider calls for the re-impeachment of Trump or his removal from office using the 25th Amendment to the US Constitution. Alongside, broader social media censorship efforts have also intensified.

The censorship efforts can be seen to have started as early as amid the protest itself. Soon after Trump had released a video calling for protesters to go home in peace while reaffirming his stance on the election having been stolen from him, Twitter, YouTube, and Facebook decided to remove said video from their platforms, the latter justifying their decision by saying “on balance [Facebook] believe [Trump’s message] contributes to rather than diminishes the risk of ongoing violence.” Trump’s Twitter account was subsequently locked for 12 hours and Facebook banned Trump on its platform (including on Instagram) ‘at least until the end of his term’, as reported by Lotuseaters.com. Since then, Trump’s Twitter account was briefly unlocked, his January 6th tweets being deleted.

In the evening of 8th January, Trump’s Twitter account was suspended permanently. Among all the large social media where Trump has had a significant presence, his Twitter account had been undoubtedly the most important one throughout his presidency in terms of public relations and communication with the world at large. 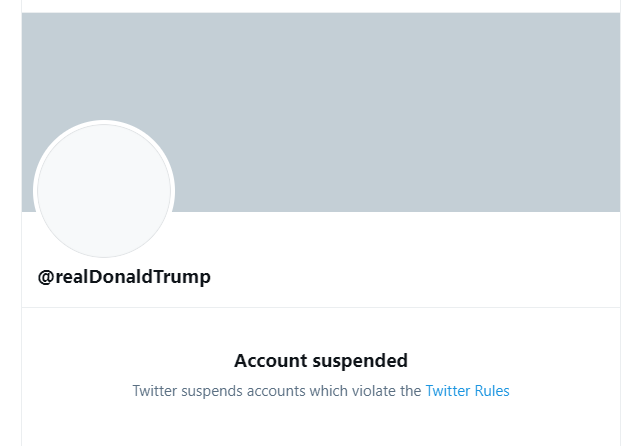 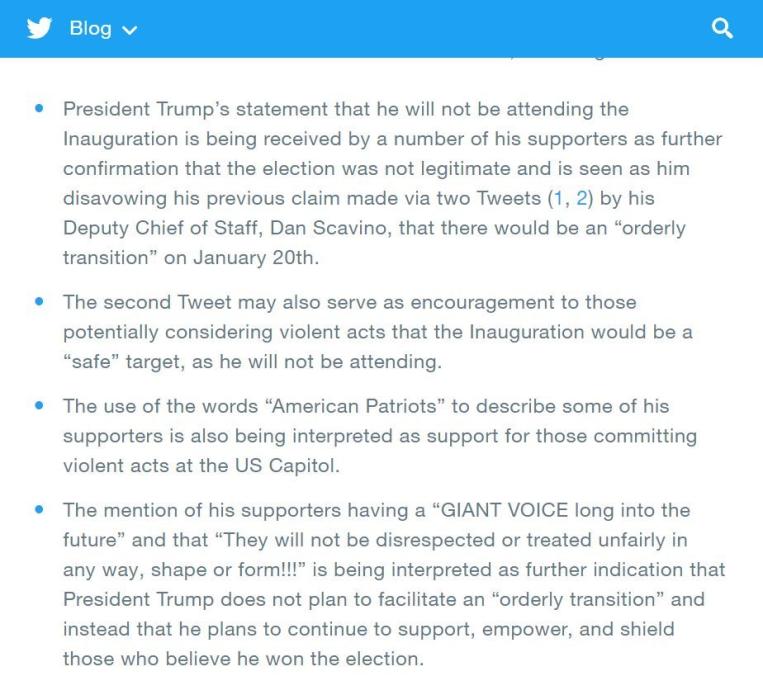 The coverage of the Capitol breach by the overwhelming majority of large-corporate outlets has aimed to inflate the scope of the protest and/or misrepresent its nature. As covered and evidenced on the Podcast of the Lotus Easters, violence during the protest was not wide-spread and there was hardly any destruction of property, government or otherwise. The Capitol Police did not escalate the situation in most cases, and they were clearly not a target of the protesters at large. It is, of course, necessary to also point out the violence that did happen. The events resulted in two fatalities - one of a protester shot in the neck by a policeman, the other of a policeman who died in the hospital on the following day.

Although Trump and his administration have condemned the actions of the protesters, prominent figures and institutions have blamed the Capitol breach on Trump. In response, calls have been mounting for Trump to be banned from large parts of the internet, as well as removed from office.

In her statement on Twitter, Michelle Obama called for Trump to be permanently banned from large social media.

“Now is the time for Silicon Valley companies to stop enabling this monstrous behavior - and go even further than they have already by permanently banning this man from their platforms and putting in place policies to prevent their technology from being used by the nation’s leader to fuel insurrection.”

The Washington Post has posted a statement calling for the immediate removal of Trump from office via the 25th Amendment:

The video-streaming platform Twitch has suspended Trump’s account the day after the protest. At almost the same time, Snapchat also suspended the US President’s account.

Together with Senator Chuck Schumer, Speaker of the House Nancy Pelosi announced their call on Vice President Mike Pence to remove Trump from office:

Were Pence not to respond, Pelosi continued, a renewed impeachment process would be launched against Trump. She commented:

“While it’s only 13 days left, any day can be a horror show for America,”

The backlash against the Capitol breach goes further than just Trump, however. On Twitter, Rep. Alexandria Ocasio-Cortez joined the call of Rep. Cori Bush for Congress to impose ‘sanction and expulsion’ of members of Congress who allegedly ‘helped incite’ the events:

The House Committee on Homeland Security, chaired by Democratic Rep. B.G. Thompson, has urged the TSA and the FBI to ‘add violent perpetrators involved in the domestic terrorist attack on the U.S. Capitol yesterday to the No-Fly list’:

The two agencies have not yet responded to the request at the time of writing.

The Federalist reported that ABC News Political Director Rick Klein has called on Twitter for a ‘cleansing’ of Trump supporters:

A move is also underway to remove much of the content related to the events of the 6th from social media platforms or limit the activities of those covering them. For example, Facebook banned its users from posting videos and photos of the protests, saying: ‘At this point, they represent promotion of criminal activity’. YouTube started disabling live chats on streams of some of its users. Prominent examples include the political commentator Tim Pool and the independent news outlet Right Side Broadcasting Network. As Reclaim the Net reported, Facebook Groups will be monitored by Artificial Intelligence, removing posts ‘likely’ to go against Facebook’s guidelines.

YouTube also announced that it will change its previous plans regarding the coverage of the 2020 Presidential election results and start handing out strikes to channels that publish videos ‘with false claims in violation of our policies’ immediately, rather than only after the inauguration of the US President on 20th January.