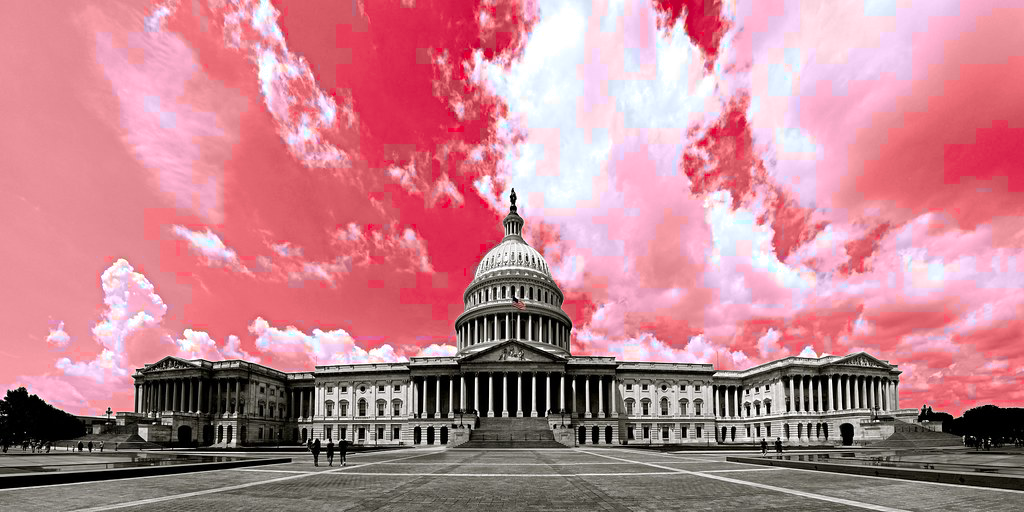 This timeline recounts the events of 6th January 2021 in Washington, D.C., when, in protest against the certification of the apparent 2020 Presidential election results by Congress, Trump supporters briefly took over the US Capitol building.

Amid the ongoing censorship efforts of many figures and accounts by major social media platforms, we apologize if any of the sources we provided will have been taken down and will do our best to replace them. All timestamps listed are local to Washington, D.C. - Eastern Standard Time.

9:30 a.m. - Crowd begins to gather at the Ellipse for the ‘Save America March’ rally.

11:23 a.m. - The crowd at the Ellipse is growing in the anticipation of Trump.

12:17 p.m. - Trump calls on his supporters to march to the Capitol for the first time in his speech. Some of them leave the Ellipse straight away to walk towards the Capitol.

12:53 p.m. - Some Trump supporters breach the outer barricade at the Capitol 20 minutes before Trump’s speech at the Ellipse ends.

1:10 p.m. - Protesters at the Capitol start clashing with the police, trying to enter the building.

1:12 p.m. - More clashes with the police are underway, pepper spray being used. Trump’s speech at the Ellipse ends with another call for a peaceful march on the Capitol.

1:15 p.m - A ‘sea’ of Trump supporters head towards Pennsylvania Avenue towards the Capitol. Fights with the police are intensifying.

1:24 p.m. - More fights are breaking out between the police and protesters. Edited video later shows protesters dismantling and overcoming barricades and reaching the steps of the building.

1:46 p.m. - Rep. Elaine Luria tweets that a pipe bomb has been reported at the Capitol, as people are trying to force their way into the building

2:16 p.m. - Protesters are seen entering the Capitol building, going upstairs to reach the two Chambers. They reach the outside of the Senate chamber.

2:21 p.m. - More people are attempting to break down doors to get inside the building through other entrances

2:23 p.m. - Senate abruptly interrupts its session and goes into recess as protesters enter the Capitol building. Several minutes later, a warning to members of the House is heard on the live stream: ‘Get down under the chairs if necessary … just be prepared, stay calm.’

2:24 p.m. - Following Pence’s refusal to raise objections to the electoral college vote count, Trump tweets that the vice president did not have the courage to do the right thing.

2:28 p.m. - Protesters clash with the police inside the Capitol building

2:30 p.m. - Protesters start pouring into the middle of the Capitol building

2:37 p.m. - ‘CBRN Escape Hoods’, plastic head coverings, are given out to politicians and journalists inside. Democrat representative for Connecticut Jim Himes tweets “Police have asked us to get gas masks out as there has been tear gas used in the rotunda.”

2:39 p.m. - More protesters are trying to enter the building through windows on the ground floor. The individuals breaking windows are reportedly booed and decried by other protesters. One vandal is even beaten by a group of Trump supporters for attempting to break a window. Trump tweets, "Please support our Capitol Police and Law Enforcement. They are truly on the side of our Country. Stay peaceful!"

2:44 p.m. - Doors into the House chamber are barricaded from the inside. There are reports of shots fired. Nancy Pelosi’s office is broken into, showing still-open emails left in place amid quick evacuation. Later, more people take pictures in the office.

2:47 p.m. - Protesters reach the House chamber and take pictures in the Chair seat. An iconic photo of a ‘Viking’ inside the Capitol is taken.

2:50 p.m. - Law enforcement confirms that a shot was fired inside the building.  Ashli Babbit, a 35-year-old Air Force veteran, was shot in the neck, sustaining grave injuries. She later dies of her wounds. Washington Mayor Muriel Bowser issues a curfew beginning at 6 p.m. and ending at 6 a.m. the following day.

2:54 p.m. - Nancy Pelosi asks for the National Guard to clear and secure the Capitol. Minutes later, the Pentagon denies the request to deploy the Guard.

2:57 p.m. - Several protesters are using scaffolding outside the Senate, reaching the second floor, where Mitch McConnell’s office is located.

2:59 p.m. - Rep. David Trone tweets that congresspeople have been evacuated and are safe.

3:07 p.m. - The Senate chamber is reported to have been entered through the roof. Protesters are roaming around the room.

3:12 p.m. - More offices are broken into. ‘The Viking’ conquers the House chamber.

3:13 p.m. - Protesters are entering various offices inside the Capitol building. Trump tweets: “I am asking for everyone at the U.S. Capitol to remain peaceful. No violence! Remember, WE are the Party of Law & Order – respect the Law and our great men and women in Blue. Thank you!”

3:20 p.m. - The Senate chamber is recaptured by law enforcement and protestors are in the process of being pushed from the second and third floors in the rotunda.

3:28 p.m. - DC Mayor Muriel Bowser asks again for the National Guard to be deployed. The request is being ‘considered’ by the Pentagon. Virginia Governor Ralph Northam tweets: ”My team and I are working closely with Mayor Bowser, Speaker Pelosi, and Senator Schumer to respond to the situation in Washington, D.C. Per the Mayor’s request, I am sending members of the Virginia National Guard along with 200 Virginia State Troopers.”

3:35 p.m. - Mike Pence tweets: “The violence and destruction taking place at the US Capitol Must Stop and it Must Stop Now. Anyone involved must respect Law Enforcement officers and immediately leave the building,” adding “Peaceful protest is the right of every American but this attack on our Capitol will not be tolerated and those involved will be prosecuted to the fullest extent of the law.”

3:40 p.m. - The Speaker’s podium from the House of Representatives is taken away by one of the protesters. White House press secretary Kayleigh McEnany states that the National Guard is en route to the Capitol building on the instruction of President Trump.

3:45 p.m. - Capitol police encourage sheltering members of congress and their staff to remain in place. The east-side door to the building is crowded with protesters and police

3:48 p.m. - Protesters are being apprehended outside the House chamber. An explosive device is found at the RNC and detonated by the bomb squad.

3:58 p.m. - Five people are reported to have been transported to the hospital.

4:04 p.m. - Military helicopters are reported to have been deployed to the Capitol

4:05 p.m. - Joe Biden addresses the nation, describing the actions of Trump’s supporters “an insurrection,” and further emphasised his point by saying: "Our democracy is under unprecedented assault".

4:15 p.m - The U.S. Bureau of Alcohol, Tobacco, Firearms and Explosives and Capitol Police investigate what is described as a “suspicious item” close to the Republican National Committee headquarters building on First Street.

4:17 p.m. - Trump releases a video on Twitter asking for the violence to stop and for people to go home in peace while reaffirming his commitment to the position that the election had been stolen from him.

4:28 p.m. - Police are filmed using fire extinguishers against the crowd at the building entrances.

5:00 p.m. - Senators were moved to a hearing room on the Capitol grounds.

5:05 p.m. - Pools of blood are seen on the steps leading up to the entrance of the building. ‘Very serious injuries’ are reported.

5:14 p.m - News starts coming out that National Guard deployment was discussed between Secretary of State, Vice President, Senate Leader Mitch McConnell, House Speaker Nancy Pelosi, and Senator Chuck Schumer. Trump is not mentioned, sparking questions of whether he was consulted at all.

5:15 p.m. - The police are using what appears to be smoke and flash grenades to get protesters to disperse from the Capitol building stairs.

5:43 p.m. - Trump’s video calling for peace is removed from Facebook “because on balance we believe it contributes to rather than diminishes the risk of ongoing violence.”

5:44 p.m. - The Capitol building is reported to have been secured. Protesters are being pushed away from the building.

6:01 p.m. - Trump tweets: “These are the things and events that happen when a sacred landslide election victory is so unceremoniously & viciously stripped away from great patriots who have been badly & unfairly treated for so long. Go home with love & peace. Remember this day forever!”

7:02 p.m. - Twitter locks President Trump’s account for 12 hours due to “repeated and severe violations” of civic integrity policy. In order to unlock his account, he will need to delete the offending tweets, including his video posted at 4:17 p.m.

7:07 p.m. - Twitter Safety Team declares: “Future violations of the Twitter Rules, including our Civic Integrity or Violent Threats policies, will result in permanent suspension of the @realDonaldTrump account.”