The Hand-Me-Down Hero Does Not Create Equality 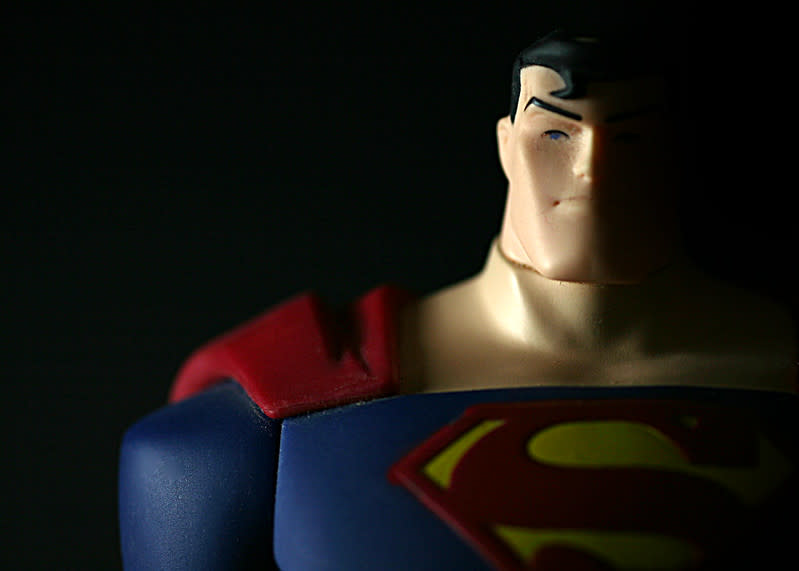 For years now, it’s apparently been enough to take a world-renowned superhero (or their sidekicks), depict them as a different race or gender, and call that a win for equality and social justice. This doesn’t do anything but show how little we value creativity anymore; this also signals that it’s not worth the time or effort to flesh out the story for an original character.

When the announcement for a new Captain America was made, it didn’t lead with some exciting aspect of this Captain’s story - not an unseen trial or tribulation, nor a different origin and explanation for how they would get their powers, nor what will drive them to be a bearer of the heavy title and burden - the biggest, most interesting thing about this new character is that he’s gay, and goes out of his way to help those who “are almost invisible to society.” How does this make him stand out from other heroes? He isn’t the first hero to be gay, nor is he the first to help homeless and runaway kids. So why is this presented like it’s something novel and impressive? 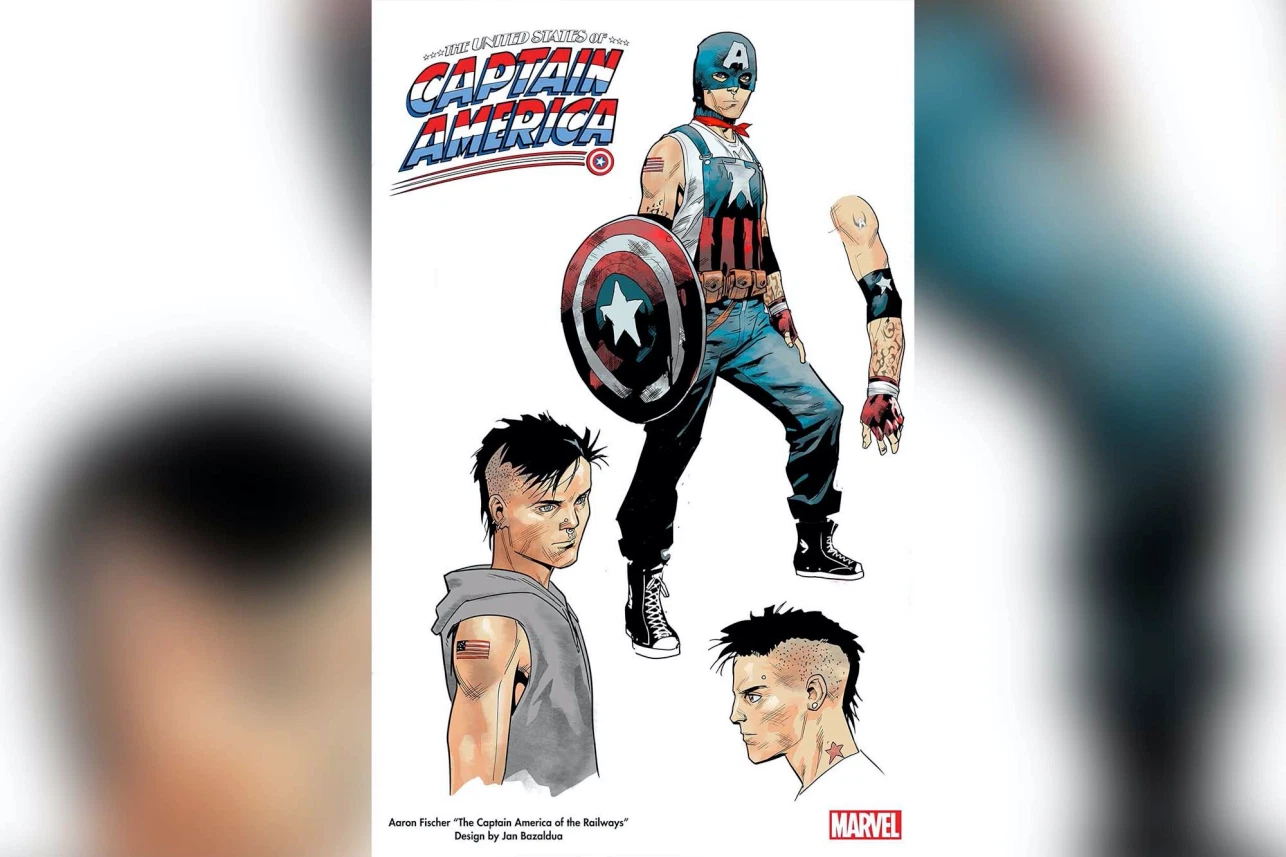 Similarly, news broke out in late February of yet another Superman reboot, this time featuring a black Superman. It’s unclear at the moment if that character would be Val-Zod of Earth-2 (for those who aren’t into DC comics, numbered Earths basically represent Earths from alternate universes); or if he would be Calvin Ellis, who is based on Barack Obama and who’s story is nearly identical to Clark Kent’s (found on earth as a baby, raised by a good family), except he also becomes president of the United States.

These “new” heroes are just a superficially different person with no particularly unique origin, no major differences, and a big name attached to them; created in order to supposedly appeal to those who share the same superficial characteristics as them. Even if there is something else to them besides their immutable characteristics, the marketing around these characters is so centered around such characteristics, it certainly makes it seem like there’s nothing else.

The work has already been done for the authors of these stories. Millions, if not billions of people all over the world, no matter their language, background, or age have at least heard of Superman and Captain America. There’s no work to be done in getting people to hear about these characters because the names are already famous. They can write whatever they want, and it’ll go on the books as something that was a part of the “Superman Story” or “Captain America Story,” even if it’s mediocre. They don’t even have to make the story something that fans will like or appreciate, since they can rely, at the very least, on a grandparent purchasing the comic for their grandchild because they know their grandchild likes “Superman” or “Captain America.”

This is the pinnacle of laziness, and it’s completely disrespectful to the time and effort that was put into developing original characters that had tragic stories and found triumph in overcoming them - who happened to be black, LGBTQ, or some other minority.

These Are Not The First Minority Heroes

The way authors swap the race or sex of heroes would make you think that there are no other minority heroes, but that’s far from the case.

The first comic-book superhero, resembling the ones we see in modern comics and in TV and movies, was Superman, who made his Action Comics debut in 1938. From there, superheroes and superhero comics became more and more popular and began entering the mainstream. At times, they played a part in culture during historical events, such as World War II; Superman was portrayed apprehending Josef Stalin and Adolf Hitler in 1940 for Look magazine, and Captain America as well was portrayed fighting Nazis and the Axis Powers.

Superheroes continued to be a part of history, and played a part during cultural revolutions; Black Panther was the first black superhero, who made his debut in 1966. From there, more black superheroes emerged; The Falcon, Luke Cage, Blade, Storm, Jon Stewart as the Green Lantern, Black Lightning, Cyborg, Static, and Bumblebee - just to name a few.

Despite there being many original black heroes, there is this unrelenting need to swap the race of an already-mainstream hero. Why should some hand-me-down hero be accepted, especially when Clark Kent will always be Superman, and when Steve Rogers will always be Captain America? No matter what, these origins have been solidified, and have been passed on for generations at this point. While there may be other versions of these heroes, the originals will remain and persist.

The celebration of the hand-me-down hero is insulting when plenty of minority characters have quality stories that are capable of standing on their own. Cyborg was a promising athlete, who’s life was derailed by a near-fatal accident. In order to save him, his scientist father replaced half his body with experimental technology, making him physically more machine than man. From there he would become one of the original Teen Titans and eventually a member of the Justice League. Another hero, Static, gained his powers from an incident during a gang war that he was forced to be involved with. With his powers, he chose to protect people - like his mother, who had been killed by a stray bullet while helping the victims of a riot.

There is far more to these heroes than just “Superman but black,” and they don’t need some big name in order to attract interest. Their stories are what is captivating, more human, and relatable about them. They explore themes like continuing on in a positive and constructive way, even after tragedy, and even when your life’s track completely derails into a different direction. The least interesting thing about these characters is their race, and it’s sad that they haven’t been explored or showcased in modern media.

The hand-me-down hero applies to sex just as well as to race, since the same erasure can occur with female heroes. Recently, a new Lady Thor was announced, and with that announcement came some diminishment of the original Thor. In order for Lady Thor to arise, Thor must suddenly become unworthy of wielding Mjölnir. She literally can’t exist unless the original Thor, and his legacy, are invalidated.

Is Mystique, a canonically bisexual mutant who’s neither entirely a villain, nor a hero, not interesting enough to have her story told? What about Vixen, or Catwoman? Even in the case of heroines related to heroes by blood or association, like Supergirl or Batgirl, their stories involve more than just slapping a different gender on a famous hero; their stories are written and developed independently from Superman or Batman. This is the case for Batgirl especially: she isn’t like Bruce Wayne at all, and she later grows into a different role later in life as well after becoming paralyzed by the Joker - that of Oracle. In the case of Supergirl, she comes to earth as a teenager and has to navigate living on a new planet, with her powers, and without the same kind of familial presence that Superman had from being found by a good family as a baby.

Sensationalizing The Hand-Me-Down Hero Does More Harm Than Good

Touting the hand-me-down hero as the pinnacle of equality erases original black, female, or minority heroes, but it can potentially cause division, and do more harm than good.

There’s particular concern around the black Superman story. It’s being written by Ta-Nehisi Coates, who has been criticized in the past before by Cornel West. In reference to Coates’ book We Were Eight Years in Power, West said that Coates “fetishizes white supremacy”. West continued, “His analysis/vision of our world is too narrow & dangerously misleading, omitting the centrality of Wall Street power, US military policies, & the complex dynamics of class, gender, & sexuality in black America.”

The concern of fans comes from Coates seeing white supremacy everywhere, and perpetuating the belief that one can ‘act’ black or white - he’s gone so far as to accuse famous black celebrities of “dying to be white”, such as Michael Jackson, or “wanting to be white”, such as Kanye West. It’s reasonable to be concerned that his version of a black Superman would be political and divisive, especially when the hero has been built up to be neither of those things.

It’s my personal hope we go back to focusing on stories and character development before anything else; I grew up with comic books (just in case it wasn’t obvious, DC in particular) and so they hold a special place in my heart.

With creativity and original content in such short supply (the most recent original heroes I can think of are the New Warriors 2020 reboot - two of them are called Snowflake and Safe Space) we could stand to see developments of these original heroes’ stories, instead of taking an already-famous hero and changing one of their immutable characteristics. If activists cared, they’d call for this as well, since with these heroes comes their own set of struggles and triumphs - unique to them. They could be famous without others claiming they only became so because of the name they were associated with. Along with that, we could introduce a brand-new set of young readers to superheroes, and provide examples of bravery, and standing up for what’s morally correct; and not for a political ideology, or tribalism that’s being encouraged in many public schools.

Luna Salinas is a US-based writer at Lotuseaters.com with a focus on culture and society, and how they directly influence politics. She turned to writing in order to join the fight against misinformation, and in order to provide a voice that perhaps other young women could relate to. Her favorite drink is either pinot noir or whiskey, and her favorite view is one with mountains and forests.