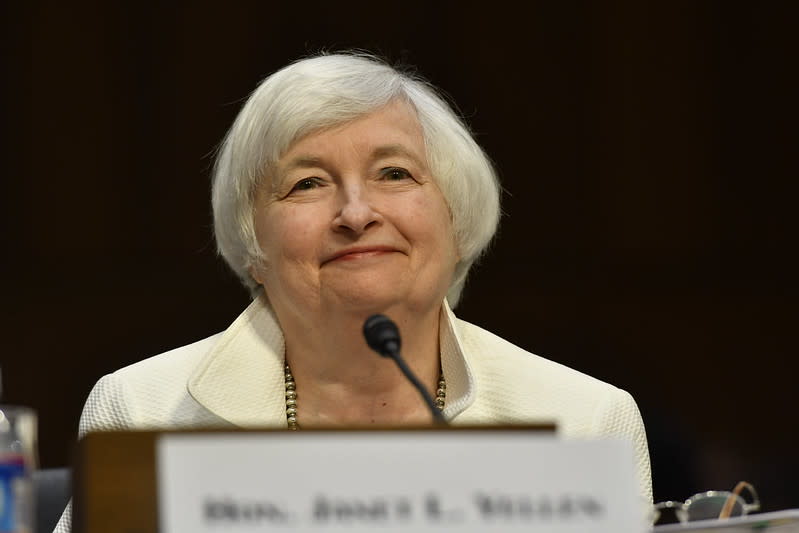 Recently, President Biden has announced his very ambitious spending plans. But he is, of course, not talking about his personal finances. What Biden aims to do is ambitiously spend other people’s money.

So how to get other people’s money? Three options: tax, debt, and inflation.

Debt has its limits. And generally, spending ambitions are, for all intents and purposes, limitless. If you take on too much debt, it will eventually force you into inflation (or bankruptcy, but that’s not happening). So let’s try tax.

Now, Janet Yellen is the Secretary of the Treasury. It’s her job to figure out a way to get more tax receipts. But it’s not that straightforward. You could try simply raising some tax rates. But the problem is that Western welfare states are generally quite good at sticking to the top of the Laffer Curve. The combined rate of taxation is likely to be floating around the point where the government already gets as much as it can. At that point, if you were to increase the tax rate, your tax income would start falling instead of rising, as people adjust their behaviour - both willingly and as a simple economic consequence - to your exorbitant demands.

Yellen is in a pickle. She knows this, but at the same time, she cannot just say that she would prefer to get the money through inflation - the easy way - because she’s now the Treasurer, not anymore the head of the Fed.

Yellen is a smart, dedicated, loyal person, who wants to give Biden good results, not just an appearance of some aimless action. It is easy for her to say that she wants to increase corporate taxes in the US, but she also knows that that would not bring in the receipts. So what will she do?

Saying that she will increase corporate taxes is easy for her because she gets the automatic ‘solidarity’ of the left-wing plus anyone else who dislikes international corporations and has a patchy knowledge of economics. Even though she will be hailed as the ‘people’s hero’ and seen as a fighter for the little man, the effects of corporate taxes are far from what its proponents would like it to be.

The wish is that the tax would simply cut into the corporations’ profits, taking away a bit of them. But in practice, the effects are a combination of the pressure on the corporation (the profits) and the pressure on the consumers (the prices). Just as the money for the tax can be found in the green numbers, it can also be found in your pocket. From which source the lion’s share will come depends on market circumstances. It will be affected by the competitiveness of a particular market, by the speed with which it innovates and creates new profit opportunities, and by other such factors. But I would be very surprised if there was any area or industry in which close to 100% of the corporate tax burden would fall on the corporations, and close to zero on the consumers.

Nevertheless, corporate tax can be a real burden on corporations. Whether the corporation is forced to cut profits or raise prices, it will hamper its business either way. It is a perfectly predictable consequence, therefore, and should come as no surprise, that corporations try to avoid such taxes if they can.

So Yellen knows she has to deal with this in some ways. The more she tries to raise those taxes, the more those pesky corporations will try to avoid it. What do?

“We’re working with G20 nations to agree to a global minimum corporate tax rate that can stop the race to the bottom. Together, we can use global minimum tax to make sure that the global economy thrives, based on a more level playing field in the taxation of multinational corporations, and spurs innovation, growth and prosperity,” Yellen told the Chicago Council on Global Affairs.

Shelve the race, the thriving, the playing field, and the brighter future for now; we’ll get to those later. The gist of Yellen’s idea seems to be solid. If you’re not exactly able to force corporations not to escape your tax demands by relocating elsewhere, you just need to pick up the phone. If you cartelise with your competitors, your targets have nowhere to run.

The OECD is the venue of choice for Yellen in this plan. And it’s a good choice. It is composed of the governments of most of the richest places on earth, so if you can get them to agree on some cartel rules, you have a shot at being somewhat effective.

There are only two problems with this plan.

First, not all countries are OECD members. In fact, only 37 of them are and only (G)20 are presumably the key ones partaking in Yellen’s plans. Although the OECD “represent[s] about 80% of world trade and investment”, and can pressure a good part of the rest, its reach is not universal. And as long as it’s not universal, there will still be places to escape to. You could sanction or bomb those places, yes, but those ordering the sanctioning or the bombing would probably also be sanctioning or bombing their own assets. Even if they have their convictions, those are not that strong. The best tax havens don't have to worry about such things.

The second problem is that cartels are inherently unstable. In the long term, all eventually break down. This is not magic. As long as all members of the cartel stick to the self-imposed rules, they all collectively get to reap monopoly profits which they can then divide amongst themselves however they wish. But at the same time, each member of the cartel has an incentive to defect. And by defecting, that one member can get much more for themselves than what they can get when those monopoly profits are divided among all. When one member defects, there is even more pressure on others to do so. Nice guys finish last here.

It’s only a matter of time before it falls apart. As long as there is little actual brute force involved and the members are autonomous actors, cartels are hard to keep together. Yellen no doubt knows this as well, but it is possible that she hopes that in the short term, she can get at least something out of it before it fails. After all, it is probably the best she can do now for herself and her boss, apart from calling on her colleagues who make the printing presses go ‘brrr’ to do their part in the collective effort of making the centrally planned future a bit brighter.

Meanwhile, the fact that Yellen’s plan has no long-term future is very good news for the rest of us. Let’s recall the way in which she framed her scheme. She lamented the “race to the bottom” that has caused the world’s average corporate tax to fall from “about 40%” in 1980 to “about 23 percent” in 2020. If you make your corporate tax lower, companies will move to your jurisdiction to avoid the higher rates of your neighbours. Run that simulation for a bit and the rate will have gone down across the board. In one sense, it is a ‘race to the bottom’. But it is a ‘race to the bottom’ for those governments. From the point of view of the taxpayers and the consumers, it’s a ‘race to the top’ instead. It’s a race that minimises state extraction from, and predation upon, society at large. ‘We the people’ want them to ‘race to the bottom’, because intergovernmental competition is one of the only ways society’s overlords are kept in check - at least to some extent.

Naturally, Yellen and her colleagues would prefer to obscure this reality. Of course they would say that giving them more money creates “innovation, growth, and prosperity” - their livelihoods are on the line, after all. Global economy will “thrive” precisely when it manages to expose Yellen and the likes of her for the snake oil salespeople that they are.

In some ways, she makes it easy for the rest of us. Her interests are opposed to our interests, and her gain is society’s loss. So the default response to her proposals should be to assume that the opposite should be done so that society benefits. With global tax cartels, this is absolutely the case. More competition between governments means more pressure on governments not to exploit and oppress their subjects, and not to extract exorbitant amounts of money from society. It forces governments to be less of a parasite and more of a service. Run that simulation for a bit and one day, one of Biden’s successors might want to ambitiously spend other people’s money but won’t be able to.