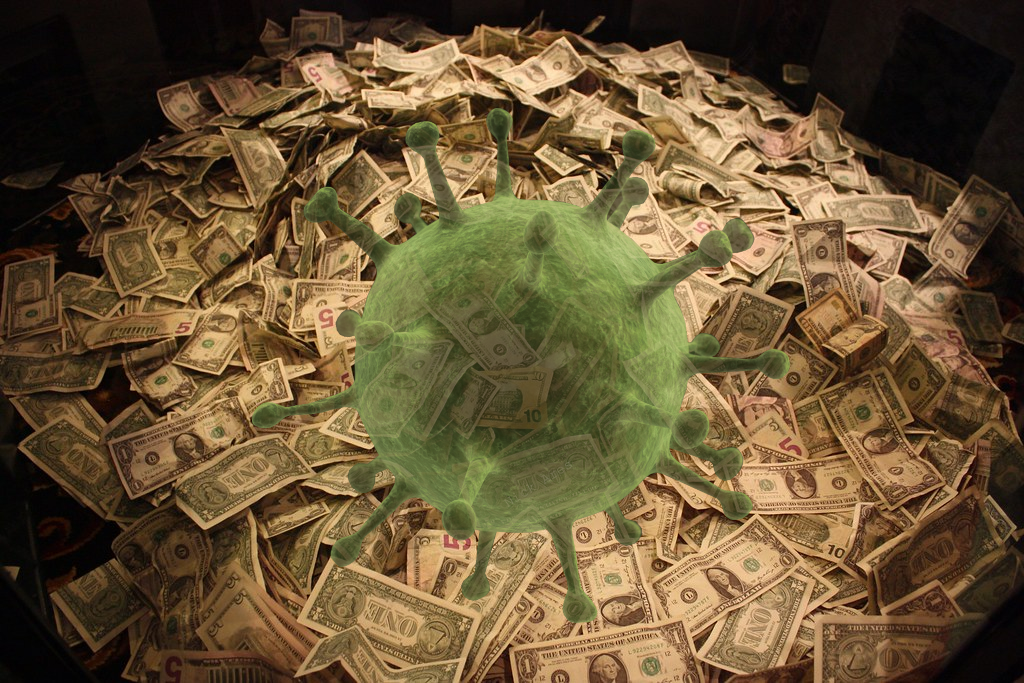 NBC has recently reported that “well beyond $100 billion” of COVID-19 relief funds is likely to have been lost to various types of fraud in the US since the start of the pandemic. Through false unemployment claims, a significant portion of the money intended for the victims of the virus’ and the lockdowns’ impact on the economy have been misspent in fraud of “historic proportions”. Similar reports have been made in other countries as well, pointing to a potentially global issue.

At the core of the ongoing headaches with ‘lost’ COVID-19 relief funds is a program called Pandemic Unemployment Assistance, which offered unemployment aid to “gig workers, caregivers and people who are self-employed”. This is in contrast with non-coronavirus-related unemployment programs which typically only apply to full-time employees who lose their jobs. The program was introduced as part of CARES Act, Trump’s COVID-19 response bill passed in March 2020, which became the largest stimulus package in the history of the US. The CARES Act was followed in December 2020 with another relief bill, infamously passed at the same time as the omnibus spending bill, which, among others, appropriated additional funds for continued unemployment benefit programs created in the original bill.

The unemployment assistance programs enacted in response to the pandemic and the lockdowns created an unprecedented opportunity for fraud. The NBC report states that:

“the federal government was slow to act [against scammers and crime rings] despite early red flags, according to interviews with more than two dozen fraud experts, senior law enforcement officials and state and federal officials.”

The report further points out that the COVID-19 relief fraud goes beyond simply taking down a crime syndicate or solving a handful of cases. Due to the sheer extent of the potential for fraud amid fast-moving legislation being enacted, the list and diversity of perpetrators are almost endless. They range from “garden-variety criminals” through “jail and prison inmates” to “transnational organized crime groups out of West Africa, Asia and Eastern Europe” which appear to be the most prolific, according to law enforcement officials.

The most simple model of fraud being committed consists of obtaining individuals’ personal information - either soliciting them via online communication with their victims or purchasing them on the dark web - which can then be used to file for unemployment insurance under someone else’s name. “Millions of Americans” might have been targeted with this kind of identity theft, as reports have shown that many have received unexpected tax forms from the IRS. As unemployment benefits are taxed as income, these forms ask for money to be paid from funds which those who had their identities stolen have never received.

Some fraudsters have been running businesses exploiting the loopholes in the relief programs on behalf of their clients. As the NBC report recounts, Orange County prosecutors said that a local business “was charging up to $700 a pop to file false unemployment claims for people who did not qualify to receive COVID-19 relief money.”

The CARES Act included $2.2 trillion in total government spending, with the December 2020 COVID relief bill providing for additional $900 billion. Of the latter, $120 billion was allocated to continue the $360 billion unemployment benefits programs established by the CARES Act. However, the proportion of funds at risk of having been lost is even higher. The report states:

“The Labor Department inspector general has yet to complete a full investigation but, based on previous programs, estimates at least $63 billion of the $630 billion in disbursements has been misspent. The full scope of the loss in taxpayer funds is likely many times higher, experts and officials say, soaring well beyond $100 billion.” (emphasis added)

The figure of 10% of funds being at risk that was provided by the inspector general is likely to be an extrapolation of Department of Labor’s “conservative” estimate from June 2020, which estimated that by November, $36 billion would have been paid “improperly”.

A comprehensive national review into the extent of the fraud and losses has not yet happened. The potential scale is so far hinted at only through partial probes, local investigations, and several state reviews of the money spent. For example, Vern Pierson, president of the California District Attorneys Association told NBC:

"In California, this is unquestionably the largest fraud against public agencies in our history,” … "Increasingly we are learning there could be fraud of historic proportions nationwide.”

Only a handful of states have launched a review of the money spent under the CARES Act programs. A notable example is that of Nebraska, which concluded that roughly two-thirds of the money expended through unemployment programs was misspent. The state report declares:

Nebraska auditors further commented that if the two-thirds misspending rate from the examined sample is generalized, the “potential amount at risk for fiscal year 2020 is estimated” at over $500 million, extending to nearly $800 million if the methodology is adjusted.

The issue with misspent COVID-19 relief funds extends beyond the US as well. In the UK, Graeme Biggar, the director-general of the National Economic Crime Centre under the National Crime Agency, has suggested that “emergency COVID-19 schemes are being subjected to an ‘eye-watering’ level of fraud”, as reported by The Times.

Similarly, over 25 thousand suspected cases of fraud tied to unemployment aid related to the virus have been identified in Germany, with losses estimated in the hundreds of millions of euros. In South Africa, an audit into the distribution of COVID-19 related funds revealed “frightening findings”, pointing to “fraud and corruption in how the government dealt with the allocation of funds”.