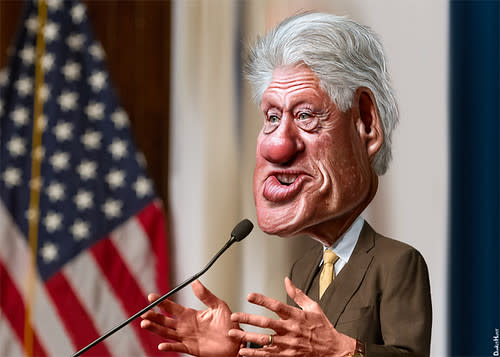 I understand: in death, a member of Project Mayhem has a name. His name was Jeffrey Epstein.

Now that Ghislaine Maxwell is ‘safely’ behind bars, the deep state, the intelligence services, and the corporate media all now apparently hope that the entire sordid Epstein affair will pass into history, ebb away, and exist as just one more faded stain on America’s eiderdown. With Jeff himself now apparently worm meat, and Ms Maxwell stowed away in her federal dungeon, that’s it; that’s the end of the story. Justice has been served, and now the healing process can begin.

Except, the questions that remain, the justice left unserved, is on a staggering scale. The tip of the Epstein iceberg may have largely sunk beneath the waves, but we are aware, painfully aware, that there is still a monstrous mass bobbing along just below the surface. We all know it’s there. We all know that a laundry list of rich and powerful people are implicated in the sex crime. We all know that not a single sleaze-bag who visited that island of depravity has been prosecuted. We shan’t forget.

That is exactly what the insane enemies of Western civilisation want; they want us just to forget, or at the very least to stop talking about it. They’d prefer if we didn’t notice that Ghislaine’s trial judge, Alison Nathan, kept many of the details secret, lest the public be subjected to ‘needless namedropping’. Oh, ok Alison. If you say so, Alison. That is kind of the whole crux of this waking nightmare, but ok, if you say so.

Apparently, it seems, we’re supposed to not question anything about Judge Nathan’s background and motivations, or how she was rewarded for her part in the ongoing cover-up. Again, nothing to see here; just move on, get over it, stop talking, stop thinking.

The insane, power-drunk elements of the deep state, intelligence services, and corporate media apparatus want us to somehow forget that the Epstein case was obviously, obviously a gigantic honeytrap-style blackmailing racket. Apparently we don’t need to know Les Wexner’s exact involvement in it all. Alan Dershowitz has no questions to answer, apparently. Larry Summers. Mark Zuckerberg. Mort Zuckerman. Reid Hoffman. Harvey Weinstein. Lawrence Krauss. Woody Allen. Sergey Brin. Stephen Pinker. Leon Black. Chelsea Handler. Are all these people certainly guilty of breaking the law? No, not at all. Epstein—like a good and diligent intelligence asset—was careful to surround himself with legitimate and entirely clean individuals, along with his fellow accomplices. Do they all need to be questioned and investigated thoroughly, though? Yes, a thousand times yes; one hundred per cent. I’m surprised the innocent among them are not fighting tooth and nail to clear their names.

Yet a full and thorough investigation into everyone connected to Epstein, Maxwell, and their ring of degeneracy is exactly the last thing the deep state and intelligence services want. They don’t want the public to make the obvious connections, to ask the pertinent questions, to delve into the realities of elite international blackmail. They don’t want us to know the truth, nor even significant elements of the truth.

What is that strange square building on Epstein’s island? What was its purpose? Just don’t worry about it, the DOJ and FBI tell us. Just move on with your life, forget about it. Hey, here’s the Met Gala or some sports or some celebrity Twitter storm, that’s far more important, why not concentrate on that instead? Just stop worrying about Epstein’s empire of crime; its ancient history.

But no, we shan’t forget. We’ll throw it on the huge pile of cases where the intelligence services have clearly been acting as unaccountable monsters, then perverting the course of justice in the full light of day; but we shan’t forget it.

We won’t forget the names of those already implicated, whether they committed any crime or not. Not until they’ve been properly investigated and have been shown to be completely innocent. Again, why the innocent among them are not desperate to clear their names, I do not know.

Among the names of those who have been linked to Epstein or his private plane and/or his isle of filth are Bill Clinton, Hillary Clinton, Donald Trump, Prince Andrew, Kevin Spacey, Alexander Acosta, George Stephanopoulos, Mohammed Bin Salman, Elon Musk, Bill Gates, Peter Mandleson, Chris Tucker, Bono, Naomi Campbell, Stephen Hawking, Robert Kennedy Jr, John Glen, Bill Barr, Ken Starr, Alec Baldwin, Ralph Fiennes, Ted Kennedy, Courtney Love, David Blaine; the list goes on and on. Some on the list are so litigious that the mere mention of their name will trigger lawsuits; they’re less interested in a full and transparent investigation, and more concerned with simply muzzling those who dare speak their name. Odd behaviour.

To be perfectly clear, again, not everyone known to be connected to Epstein will have committed sex crime. I doubt the late Professor Hawking, for example, was ploughing his way through child prostitutes. But who knows? That’s the point. That’s the reason why a full and transparent investigation is needed. It would be desirable, at least, to be able to formally exonerate those who have genuinely done nothing wrong.

Just like the JFK murder, or the events of 9/11, we will never be allowed to fully know or speak the truth. We will be baffled and censored if we try to talk about it in unfettered terms. Vested interests simply won’t allow it. Ok. So be it. But we shan’t forget. They can’t make us forget.