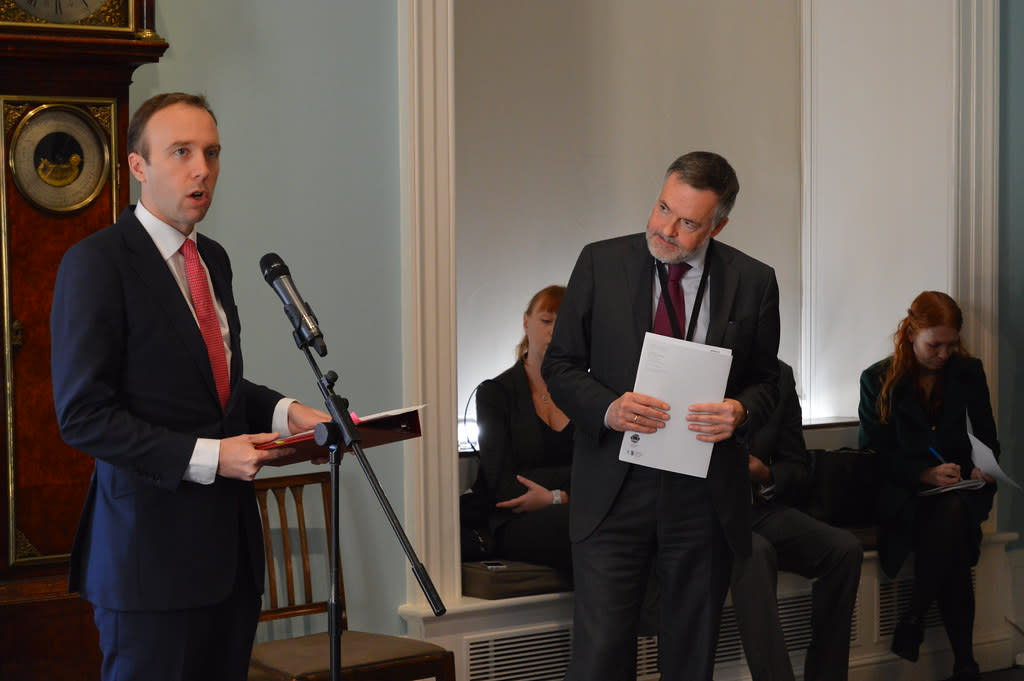 On Thursday, UK health secretary Matt Hancock rejected damning claims made by Boris Johnson’s former senior advisor Dominic Cummings the day before in a parliamentary inquiry into the government’s handling of the coronavirus pandemic.

Speaking in the House of Commons, Hancock told MPs that he had always been “straight” with the public and had not lied on issues such as testing patients being discharged into care homes.

Cummings testified on Wednesday in the first of several parliamentary select committee evidence sessions and castigated Hancock for his “constant, repeated lying” to Boris Johnson and other government ministers about the procurement of personal protective equipment during the pandemic. Cummings, who previously described Hancock’s department as a “smoking ruin,” noted that there was “no doubt at all that many people performed far, far disastrously below the standards which the country has a right to expect.” He asserted that the “secretary of state for health should’ve been fired for at least 15, 20 things,” including lying to cabinet ministers and officials in “meeting after meeting,” both privately and publicly.

Hancock, professing his “honesty” in the face of the former government advisor’s “serious and unsubstantiated allegations,” asserted:

“I’ve been straight with people in public and in private throughout [the coronavirus crisis]. Every day since I began working on the response to this pandemic last January, I’ve got up each morning and asked ‘what must I do to protect life?’ That is the job of the health secretary in a pandemic.”

Continuing, Hancock noted the government’s approach of “openness, transparency and explanation of both what we know and what we don’t know” and recalled his 60 House of Commons appearances and 84 press conferences since the beginning of the pandemic. Taking a swipe at Cummings, who resigned last November, Hancock said: “The operation and functioning of government has got easier this last six months. I think all the public can see that.”

In his damning exposé of the government yesterday, Cummings accused Hancock of attempting to shift the blame for shortfalls in the procurement of protective equipment to Sir Simon Stevens, the head of the NHS, and Rishi Sunak, the Chancellor of the Exchequer. The former senior adviser also took the opportunity to denounce Prime Minister Boris Johnson, who he claimed was “completely mad” in his attitude of “letting the bodies pile high” rather than imposing another lockdown in autumn last year. Cummings proceeded to reveal that Johnson had considered the coronavirus a “scare story” and suggested that the chief medical officer inject him with it live on television while lambasting the Prime Minister for a holiday he had taken in February last year. Moreover, Cummings claimed that Johnson had believed that the pandemic was “over” in August 2020, delaying the second national lockdown by weeks after regretting the first.

Going further in his condemnation of the government, Cummings expressed his indignation at the fact that the British people were “lions led by donkeys” during the crisis and said there were “profound” questions about a system that gave them the choice of Johnson or Jeremy Corbyn at the general election. However, the former senior adviser conceded that he should have “hit the panic button” at the outset of the pandemic and “tens of thousands of people died who did not need to die.”

“I would like to say to all the families of those who died unnecessarily how sorry I am for the mistakes that were made and for my own mistakes at that.”

“We were responding to something that was very, very unusual, and we’re doing the best we possibly could. Locking down a country for a prolonged period of time is a hugely difficult decision to take, with a great deal of consequences for our public services, for people’s lives and livelihoods. It’s not an easy decision to take.”

Professor Stephen Reicher, a member of the health body advising the government on its response to the pandemic, told BBC Breakfast that a “number of [Cummings’] claims were simply inaccurate”.

“What Dominic Cummings suggested was that the behavioural scientists were saying that people just wouldn’t wear the restrictions and that either they shouldn’t be imposed at all, or else that they should be delayed. Now that’s simply untrue.”