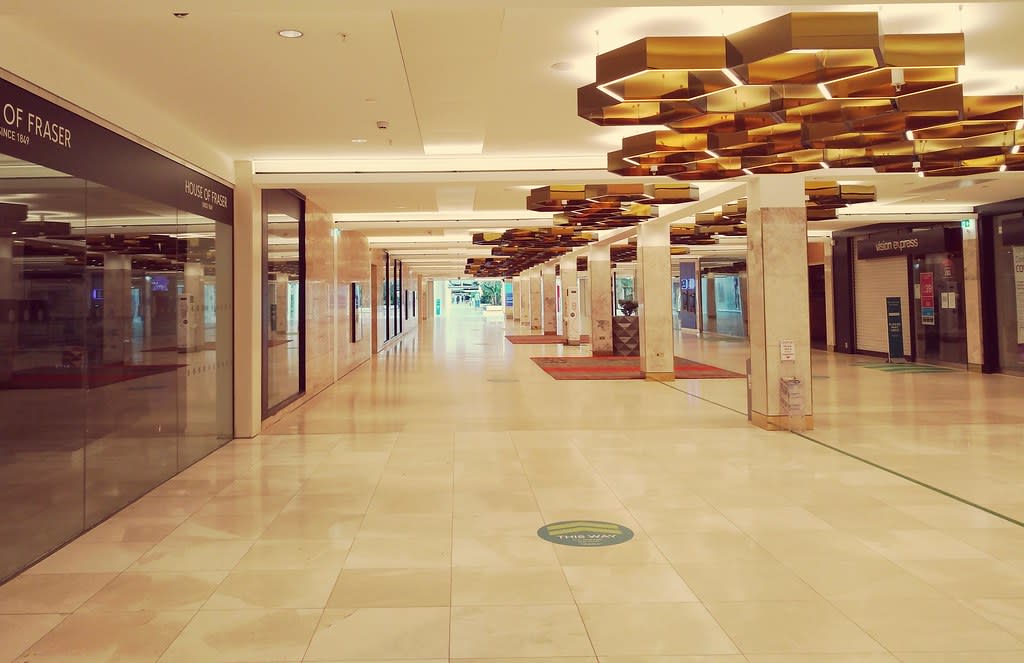 The UK government is facing increasing pressure from scientists to reimpose social restrictions.

The calls come after the country recorded 49,156 new COVID-19 cases on Monday, the largest number since mid-July, with the Office for National Statistics last week estimating that one in 60 people in England had the virus.

Prime Minister Boris Johnson’s government lifted the impositions introduced at the beginning of the pandemic in July, putting an end to mandated face-covering and social distancing requirements and allowing for the reopening of nightclubs, restaurants, and cinemas.

Despite fears of a large spike in cases upon the country’s reopening not coming to fruition, however, factions within the scientific community in recent weeks have continued to argue that Britain’s return to pre-pandemic behaviours has been too soon.

“It’s critical we accelerate the booster program,” said epidemiologist Neil Ferguson, a member of the government’s Scientific Advisory Group for Emergencies (Sage). Citing the UK’s reliance on the Oxford Astrazeneca vaccine, the head of Imperial College London’s COVID-19 Response Team, whose mathematical modelling of the pandemic largely informed the UK’s response to the virus, told BBC Radio 4 that the country would likely face an increased spread of the so-called delta variant over the winter.

“While [the Oxford Astrazeneca vaccine] protects very well against very severe outcomes of COVID, it protects slightly less well than Pfizer against infection and transmission, particularly in the face of the delta variant. Most Western European countries have kept in place more control measures, vaccine mandates, mask-wearing mandates, and tend to have lower case numbers and certainly not case numbers which are going up as fast as we’ve got. But at the end of the day, this is a policy decision for the government to make.”

Last month, the Prime Minister said he would not rule out a ‘Plan B’, which would see the government reintroduce mandatory masks and vaccine passes if cases rose to the point that the National Health Service (NHS) came under substantial pressure. Issuing similar sentiments to Ferguson and urging anyone with a “cough, cold, or flu” to stay at home, Susan Michie, a behavioural psychologist working on behalf of Sage, criticised ministers for failing to enforce the wearing of masks in indoor spaces.

“We need to keep people out of the health service. That means we need to keep them healthy. We keep them healthy by taking more measures to reduce people’s risk of getting infected ...  We have good evidence that wearing face masks reduces transmission … It’s a great shame that - having established the great majority of people wearing face masks on public transport, in shops and in crowded places - the government have stepped away from it when they knew that this was going to be a very risky and potentially dangerous winter.”

Michie, a lifelong member of the Communist Party of Britain - known in leftist circles as ‘Stalin’s Nanny’ -, appeared as a co-signatory in a June blog post for the British Medical Journal ahead of the country’s reopening. Michie appeared alongside Stephen Reicher, a professor at the University of St. Andrews, who regularly references Marxists including Leon Trotsky and Antonio Gramsci on Twitter, and Professor Ann Phoenix, a psychologist researching intersectionality, racialisation, ethnicity, and gender at University College London. Michie’s blog post called for further lockdown restrictions to be imposed indefinitely, declaring: “If people are to act responsibly they need their government to fulfil its own responsibilities to make safe behaviour possible.”