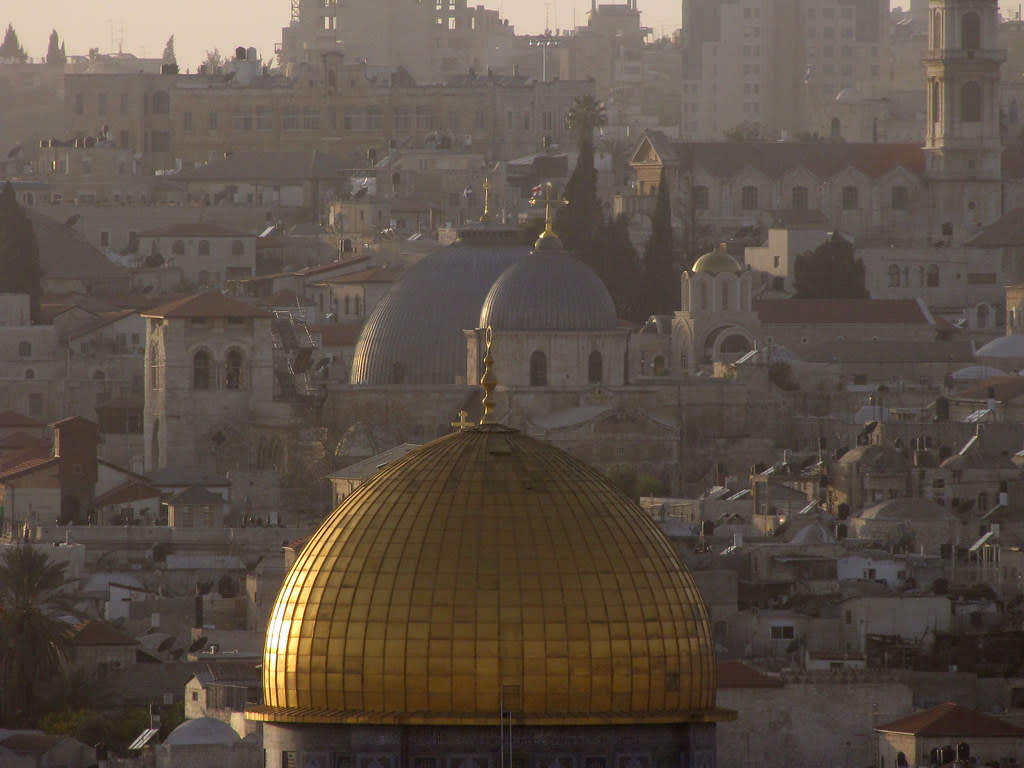 Israeli airstrikes have killed 20 people in Gaza in retaliation for several days of rocket attacks on Jerusalem by Hamas militants.

On Monday, health officials from Gaza’s health ministry told The Independent that nine children were among the dead.

Israel's military said it was targeting Hamas leaders in retaliation for rockets fired from Gaza at Israel having warned that Palestinian militants would pay a “heavy price” for attacking Jerusalem.

The Hamas rocket attacks, which began on Monday, came after more than 300 Palestinians were injured when Israeli security forces stormed the al-Aqsa mosque in Jerusalem, the third-holiest site in Islam. In response, Hamas, the militant group that rules Gaza, warned of an “escalation” in hostilities if Israeli forces did not withdraw from the al-Aqsa compound.

After the expiry of the ultimatum at 18:00 on Monday, Hamas launched missiles for the first time in seven years, firing 50 rockets at Jerusalem. The launches continued into Tuesday, with Hamas firing 250 rockets at the cities of Ashkelon, Jerusalem and Ashdod. The al-Qassam Brigades, Hamas’ military wing, claimed to have launched 137 rockets at the two southern-Israeli cities within just five minutes, threatening: “We've still got more up our sleeves.” Many of the missiles were intercepted by Israel's advanced ‘Iron Dome’ missile defence system and fell short of their targets but Israeli emergency response officials said two women were killed in the barrage.

Benjamin Netanyahu, the Israeli Prime Minister, accused Hamas of crossing a “red line” and promised a tough response that could “continue for a while”. Later, the Israeli military said it had begun bombing Gaza. Spokesperson Lieutenant Colonel Jonathan Conricus said:

“We have the capabilities and authority and intention to deliver a severe blow to Hamas. We are gearing up, preparing and allocating troops.”

Meanwhile, Abu Obeida, spokesperson for Hamas’s military wing, said the attack on Jerusalem was a response to what he called Israeli “crimes and aggression” in the city.