The War on Whimsy 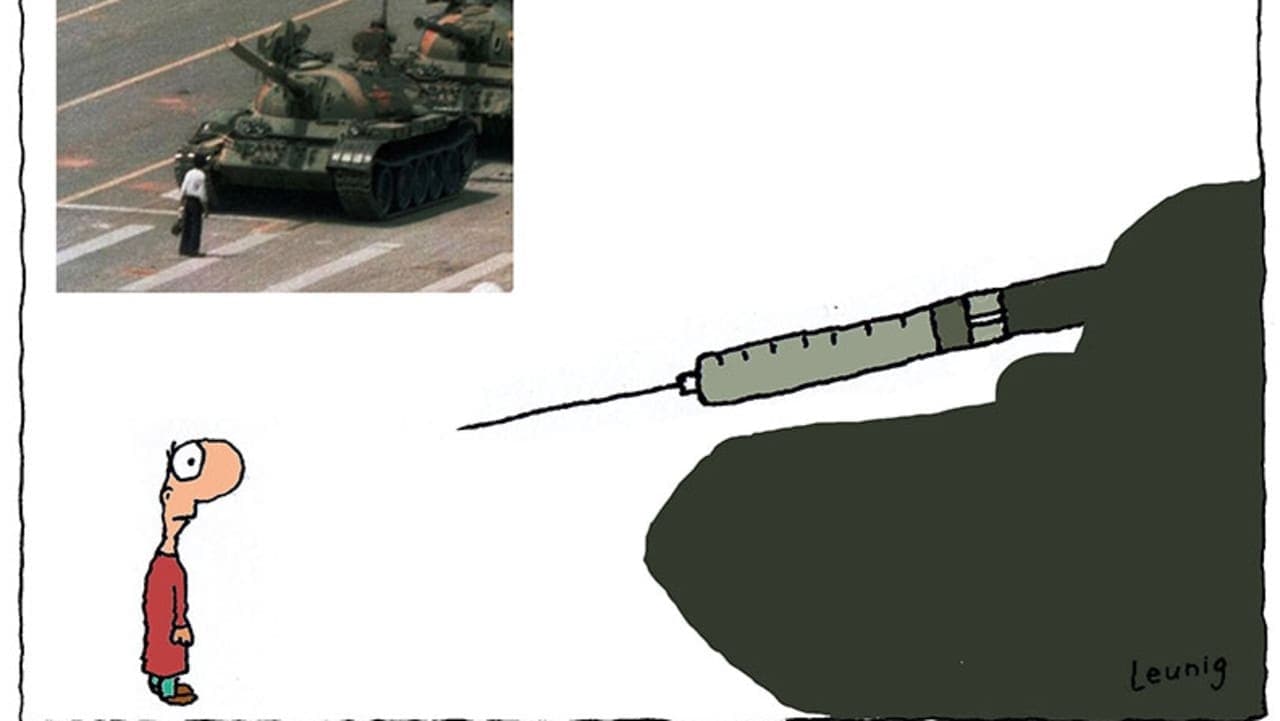 Not just a political cartoonist, Leunig is also a distinguished artist and designer, with canvases in art galleries all over the world. His style is best described as “whimsical,” and draws on a deep well of idiosyncrasy and dissent. His children were all homeschooled; he was a conscientious objector during the Vietnam War, and would have gone to gaol had he not been ruled unfit to serve due to deafness in one ear.

The proximate cause for him losing his job as editorial cartoonist for The Age was this cartoon, although in subsequent reports it became clear that the paper has rejected multiple Leunig cartoons over the last few years, forcing him to provide alternatives at short notice. This is not only irritating but places an artist or writer in an invidious position - paid less (known in the trade as ‘a kill fee’) for more work.

“I do understand that a newspaper must be free to control its content and refuse to publish pieces as it reasonably sees fit,” he told The Australian. “I have had cartoons censored during my 55 years of editorial cartooning and have always had the reasons for rejection explained to me by editors in intelligent, respectful ways. It is not rejection that bothers me. It’s the wokeism and the humourlessness, which seem without courage, good spirit or creative imagination.”

Of course, in cancel culture’s grand schema, Leunig’s situation is less serious than that of many others. Before he died, Bill Leak had been forced to move house and at one point had a 24/7 police guard thanks to threats from Islamic extremists. Leunig is also independently wealthy, having enjoyed considerable success over many decades. The outlets that no longer want his political cartoons still want his art, and it’s notable that The Age continues to market his calendars.

In that sense, not all cancellations are created equal. Leunig still makes a good living from his various artforms in the same way I do. I can’t really be cancelled - people had a red hot go in the past, failed, and were forced by circumstances to move on. There’s also a personal overlap in our stories. I once owned four original Leunig cartoons (all of me and all published in 1995, during my attempted cancellation). Eventually, I sold three to an art gallery and used the fourth to pay an outstanding legal bill. Neither of us experienced the sort of cancellation that impoverishes. In that sense, we were unusual.

Reason magazine’s Liz Wolfe is thus right to point out that, for every Leunig out there, “there are 50 others who are chronically miserable, suicidal, unhirable, abandoned … You have to be really big, and really late in your career, with a good network, to be able to get through a cancellation.” As part of her argument, Wolfe pointed to this (evolving) cancellations database.

Even though I’ve covered this beat for years and have been on the receiving end myself, the number of people on that list of whom I’d never heard is stupendous. Yet, when searching their names, the extent of their post-cancellation radioactivity is clear. No aspect of life is free of the hectoring control of the Elect. To claim everyone who gets cancelled later turns the experience into money is to evince a weapons-grade case of survivorship bias.

Leunig has never been an ‘edgelord’ and his humour is not cruel. He just has a talent - as all good editorial cartoonists do - for punching bruises across the political spectrum.

Two things fall out from this. Leunig’s treatment is part of wokery’s War on Whimsy, whimsy being a type of humour, humour being wokery’s most effective critic. “We are not allowed to laugh in there,” Adso of Melk (Christian Slater) says to Brother William (Sean Connery) as they flee the monastery library in Name of the Rose. The satirist or comedian commits a kind of blasphemy, you see.

And it’s also a reminder that freedom of speech isn’t just for upper-middle-class Shire Tories with property.

Helen Dale won the Miles Franklin Award for her first novel, The Hand that Signed the Paper, and read law at Oxford and Edinburgh. Her most recent novel, Kingdom of the Wicked, was shortlisted for the Prometheus Prize for science fiction. She writes for multiple outlets, including The Spectator, The Australian, and Standpoint, and has a weekly spot on TalkRADIO with Mike Graham. She lives in London and is on Twitter @_HelenDale