The Ugliness of London 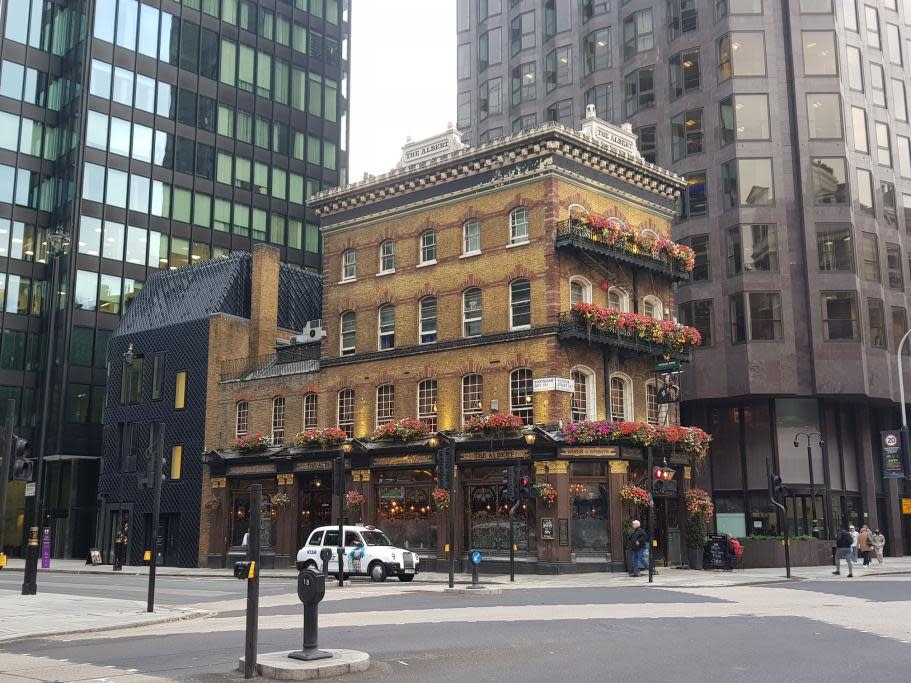 Recently, I found myself sitting in a pub on a street corner somewhere in central London, hating every second of it. It was there I realised that I despise modern London. I often get told that it is nice to visit for a few days, but I don’t agree.

Outside of the core metropolitan hub, it’s a dismal place. It’s grimey; everything feels like it is covered in a layer of grease and dirt. The streets are untidy and have a general appearance of being run-down. The incomprehensible graffiti of the aimless youth that defaces shuttered stores barely stands out against the other cluttered shops. 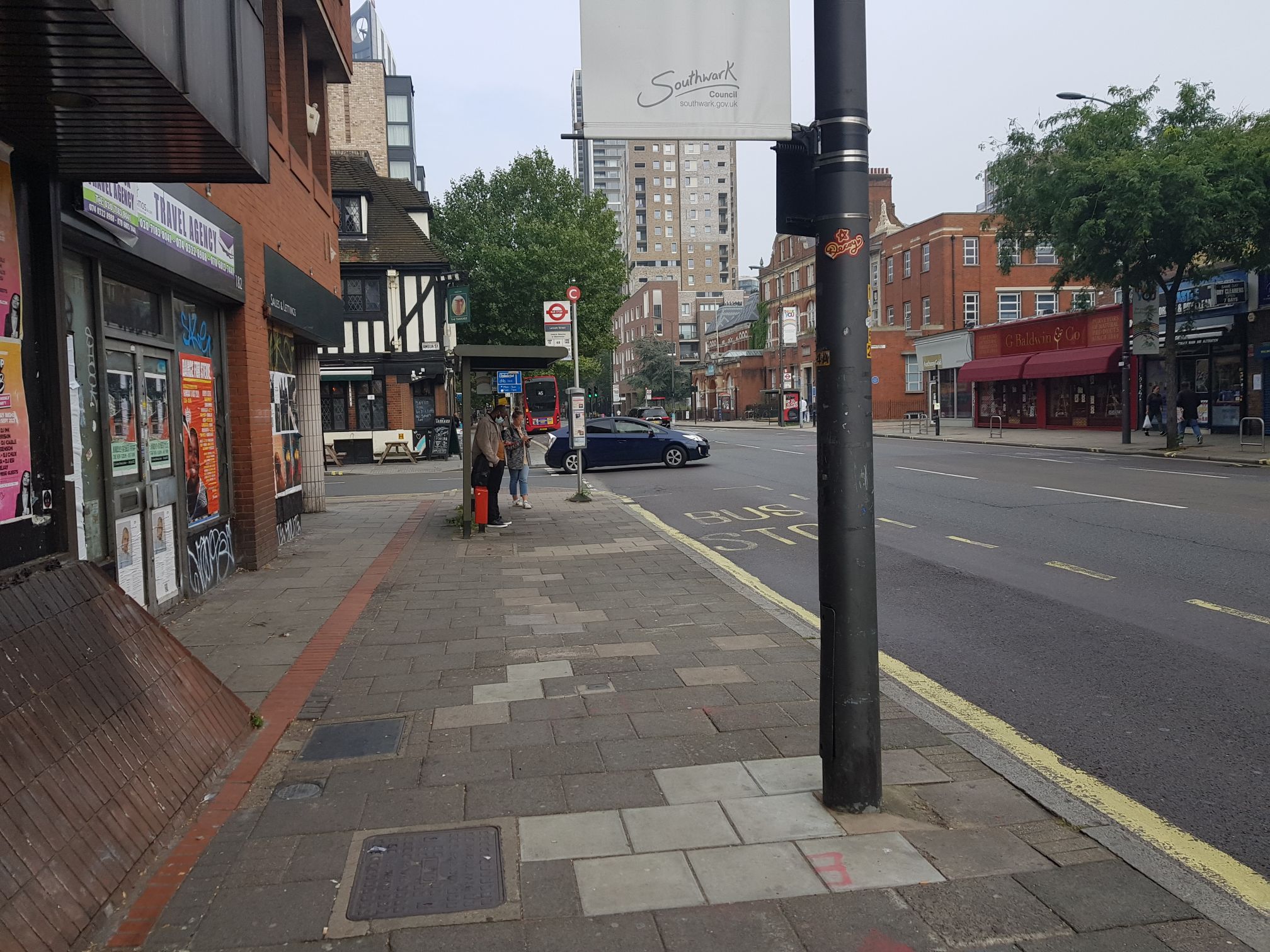 Under the grey sky, if you can even see it, the buildings are close-packed and the crowded streets are condemned to a cloying claustrophobia by the endless gaggle of wayfaring foreigners passing by.

There is no consistency to it. The cultural detritus from all corners of the world creates a landscape of non-sequiturs. Next to a shop that has existed since the height of empire is a mosque that has been there less than a decade, followed by the shiny, artificial facade of a multinational fast-food chain that was built last year. 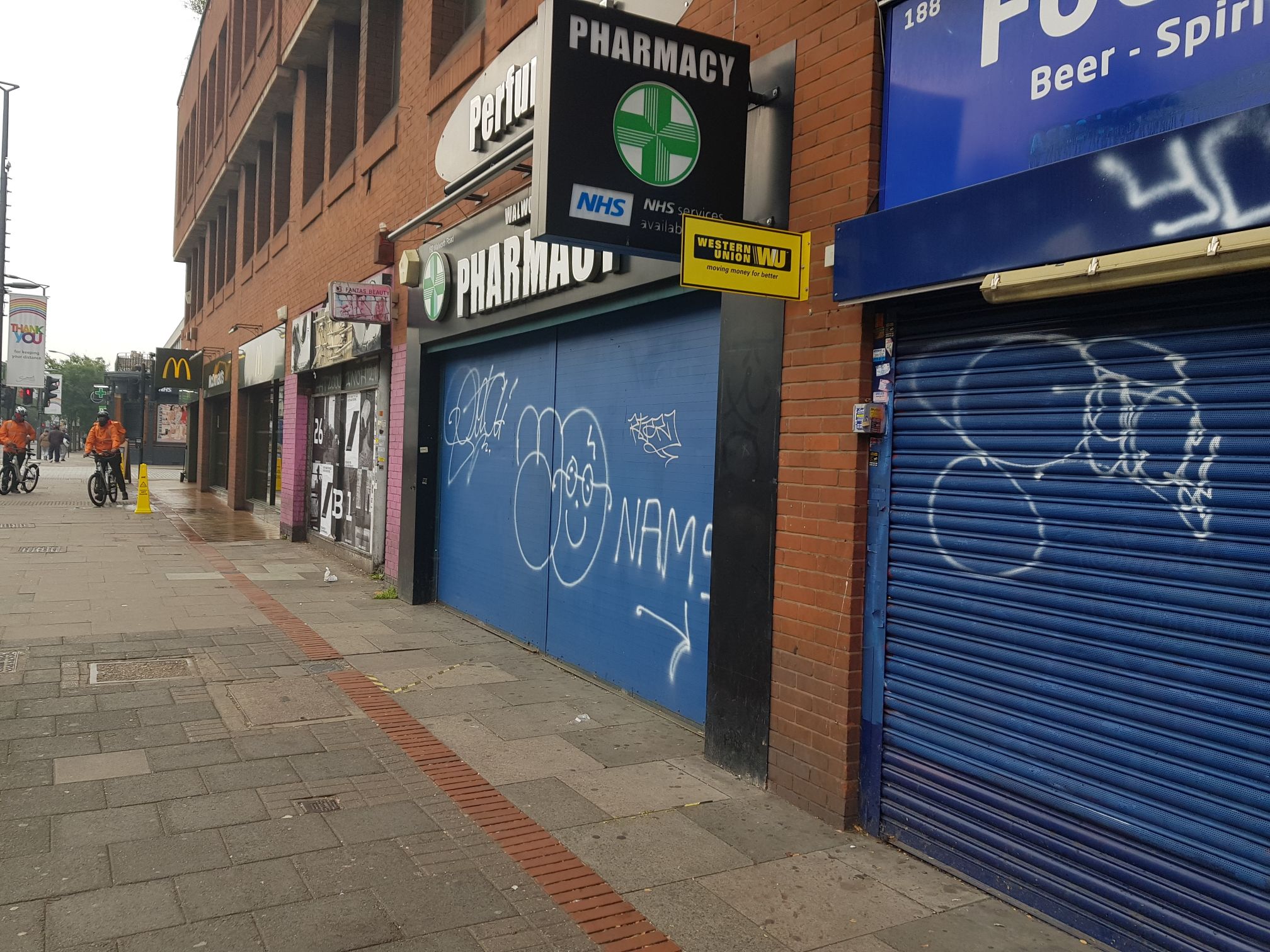 Nobody looks happy at all; the people just seem to exist. They look miserable, and wary of one another. They seem like they’re trapped in purgatory and I feel like I am trapped here with them. Everyone walks briskly by in a sullen, lonesome silence, or gibbering into their earphones in a strange language to someone who could be on the other side of the Earth. Each person is radically different to the last, creating the impression that one has arrived in an open-air asylum in which the inmates all have somewhere very pressing to be but can never quite arrive. 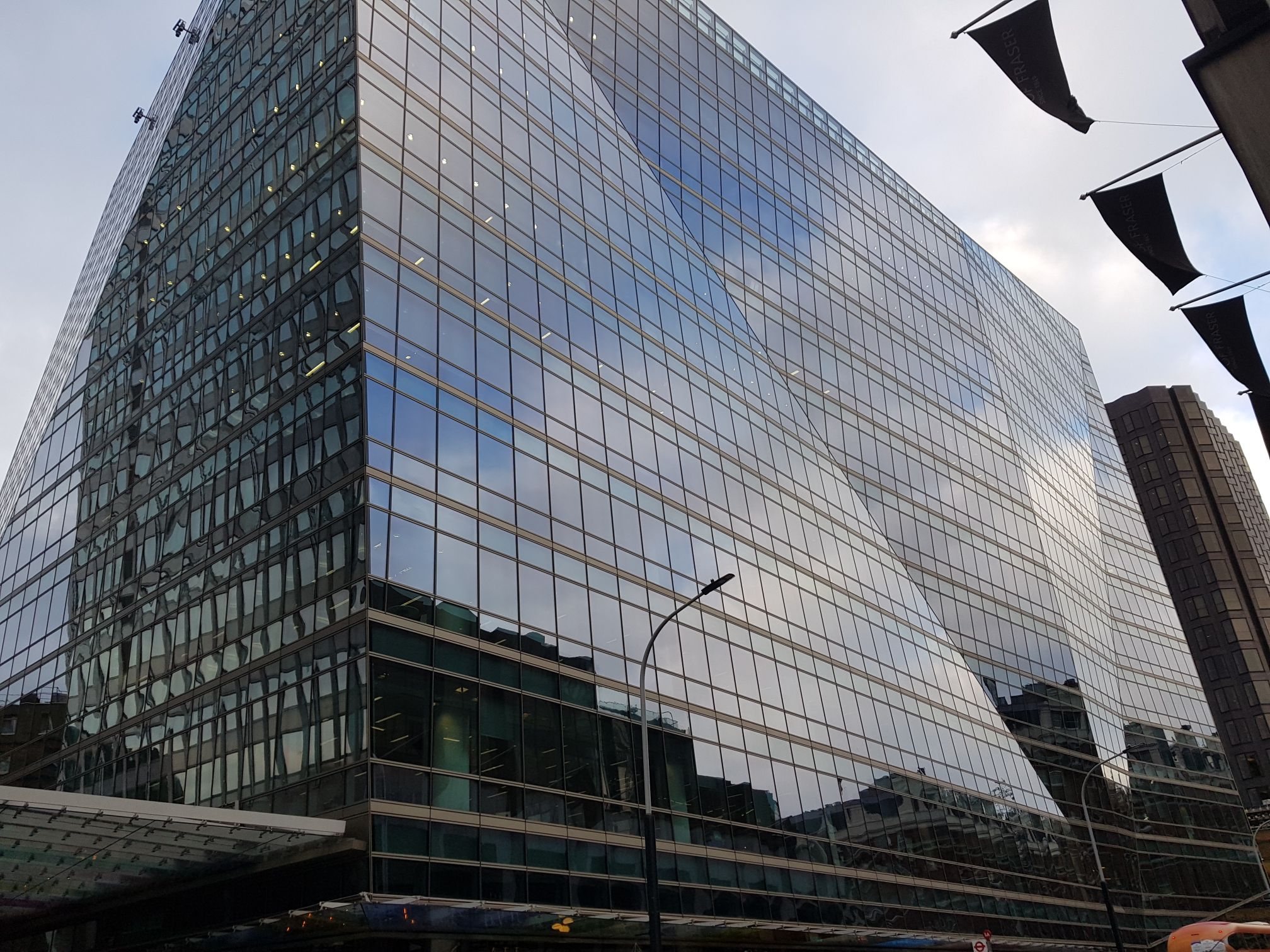 I can’t understand how anyone could be tempted into this waystation of nomadic mercenaries. How can the lure of money be worth sacrificing the comfort of their own homes? Or recognising a familiar face on the way to the shops? Or even just a friendly smile shared with a stranger?

The atmosphere only grows more suffocating when you see, nestled amongst the steel and glass monstrosities, a fleeting glimpse of the city that once was; the occasional old stone building from the days before diversity was our strength, sticking out like beautiful rebellions against modernism. 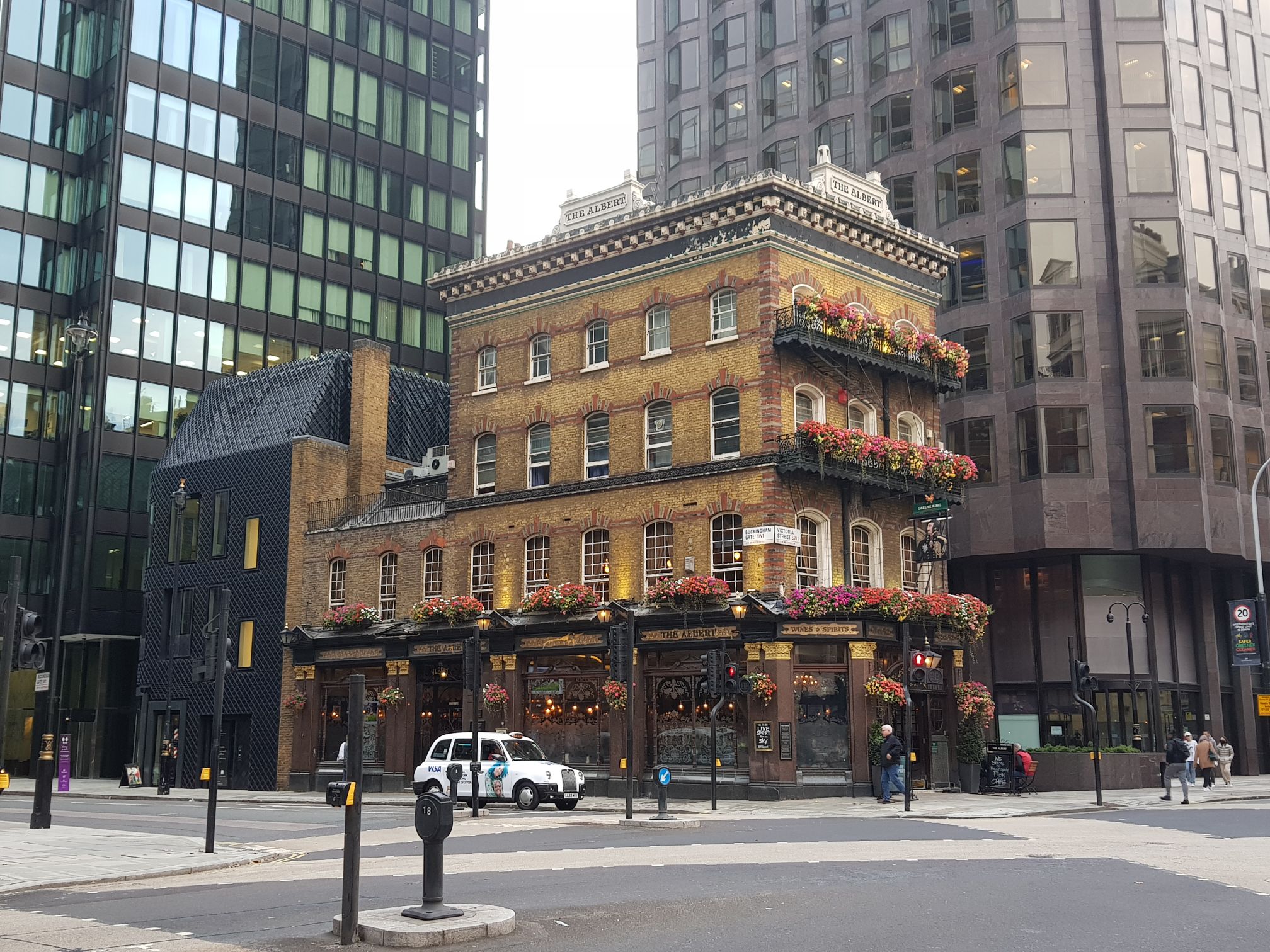 The new London’s demented glass and steel designed to be devoid of character, intended to warp one's sense of perception and disrupt his sense of equilibrium. By contrast, the old London is bursting with charm and adorned with life. These relics of a forgotten age serve to remind the wayfarer that once this city was not just a temporary habitation for the workers of the world.

Once, people lived here. Really lived, I mean. They settled down and raised children, grew old, and had a rooted love of their environment. Families bloomed in the places where imposing black buildings now dominate, delicate architecture brimming with character once stood where the needful masses of the Earth now scurry past.

The people that once cared for this place are now gone, replaced by the rushing river of impatient strangers. Those that remain huddle around the few remaining outposts of the old world. The character of the buildings has been abolished for efficiency's sake. The city is taking on the inhuman character of a corporate utopia and the denizens seem to have no conception of what has been done to them or why they should even object. 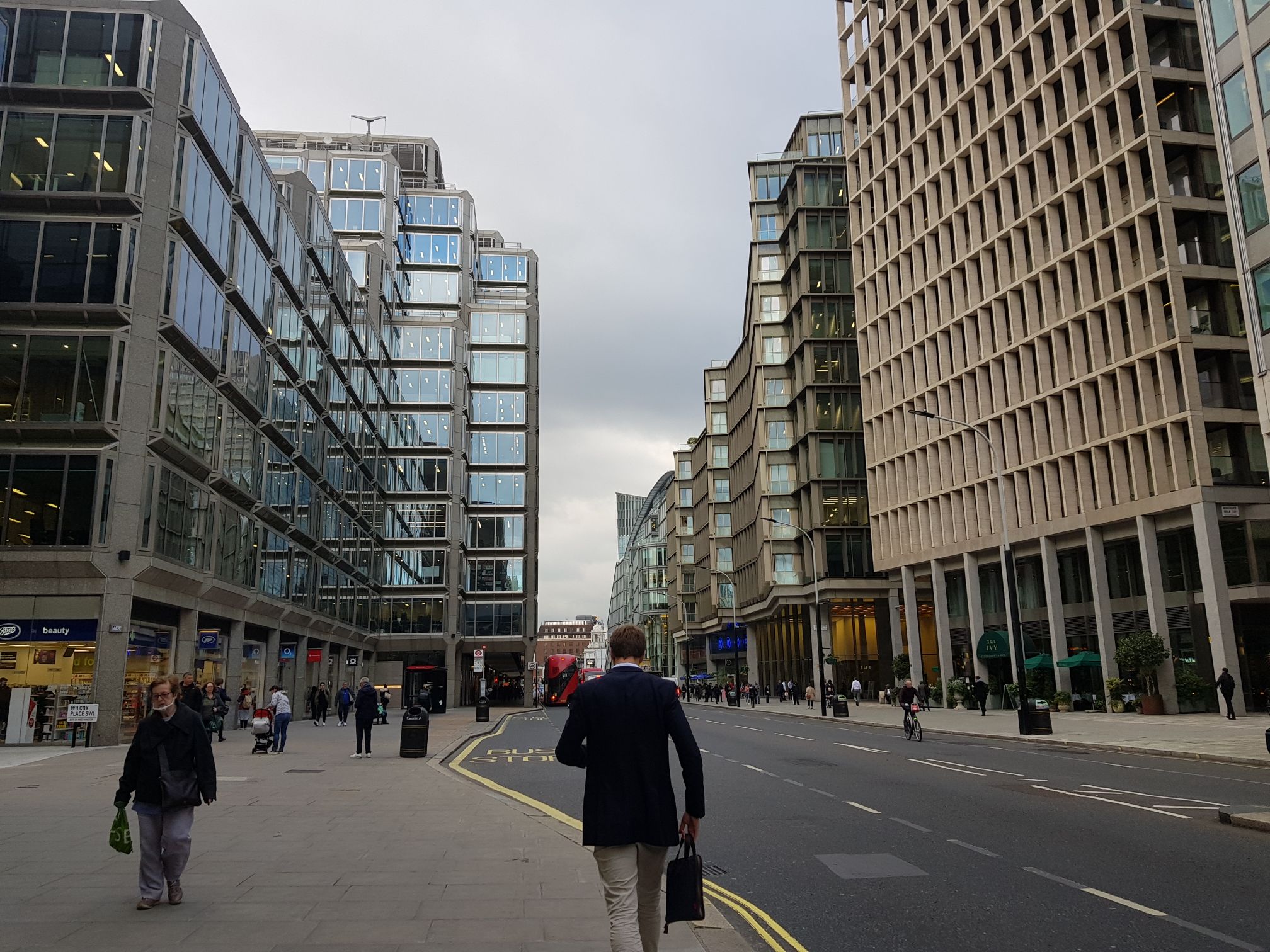 Whenever I am fortunate enough to escape and return to the lush, hedge-lined roads of the Westcountry shires, I am overcome with a sense of relief. To be beneath the boughs of the greenwood and walk amongst the habitual growth of ages feels like a return to home.

But in the back of my mind I can still feel the looming coldness of London, that ever-devouring beast, expanding outwards towards my home and corrupting the land it touches with its vanity and progress, forever eating up the lives of the people that sustain it until they too can escape to where they feel like they belong.

I can tell that within my lifetime, London will consume the place that I belong, and I shall be forced to become yet another global nomad, with no peace of mind because I have nowhere to call home.