Published a minute ago 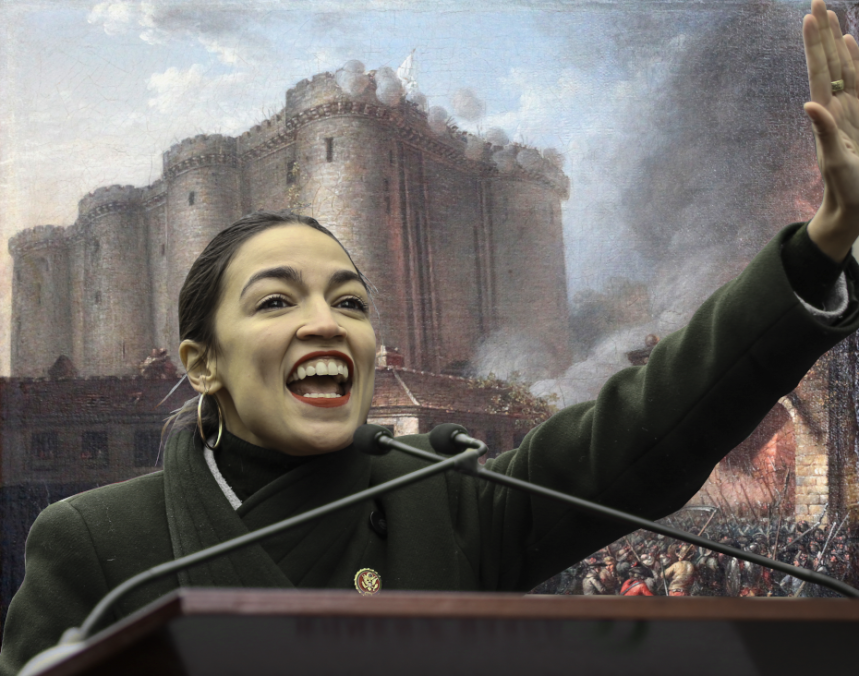 During the long hot summer of 1793, a leading member of the French revolutionary government, an outspoken member of the sinister ‘Committee of General Security’, Jean-Paul Marat, admitted a Parisian peasant woman into his presence. This informal audience took place at his home, and remarkably it took place while Marat himself soaked in a medicinal bath, as the fifty-year-old polemicist-cum-politician suffered from some form of wretched skin ailment.

Charlotte Corday was permitted an audience with the famous and powerful Marat because she claimed to have intelligence on the whereabouts of his latest set of political enemies. Marat and his cabal of Jacobins were always on the lookout for more enemies of the revolution to murder, and so Corday was ushered to Marat’s bath-side so he could personally write down the offending names without delay.

But Corday loathed Marat’s faction and the type of bloody revolution they were perpetrating against her beloved France. So, when the moment was ripe, Mademoiselle Corday whipped out a carving knife she had stowed in her corsets, and plunged it deep into Marat’s chest. He bled out within seconds.

She was, as you can imagine, fairly swiftly guillotined.

Marat’s memory has, ever since, been up for debate; much like that of Che Guevara or The Chairman himself. That is to say, those on the hard left seek to sterilise the crimes and lionise the individual, to play down or ignore the moral obscenities, while the rest of us see nothing but a borderline imbecile acting as a professional malcontent hell-bent on death and destruction.

Speaking of Alexandria Ocasio-Cortez, I do find a number of parallels with Marat and the congresswoman from New York.

All good revolutions need a rabble-rouser. For the English Civil War, historians might point to John Pym or Henry Ireton; for the American Revolution, Thomas Paine or Patrick Henry. For the early period of the French Revolution we have the figure of Jean-Paul Marat. Today, the Democratic party offers us AOC.

Marat was something of a failure in his early life. So much so that he spent portions of it destitute, even living in the sewers of Paris for a while, where, incidentally, he picked up his terrible skin affliction. But he had the gift of the gab, and eventually began a career in journalism. At first reasonably moderate, the events of the Revolution turned him increasingly towards more and more radical rhetoric. By the time he was in government, his invectives were overtly murderous. He urged the Sans-culottes to open their eyes, implored them to realise their strength and sweep all before them, and if blood and misery were the result, so be it. The ends justify the means.

In AOC we can observe an early Marat. Not yet confident enough to openly and explicitly call for the mass killing of her enemies, but very obviously on that trajectory. Only the most tone-deaf will have failed to pick up on the dreadful undercurrents of her speech. Only the wilfully blind can have failed to see the logical consequences of what she advocates, i.e., Nazis and white supremacists must be eliminated, and all whites are white supremacists. This narrative is a whisker away from something truly appalling. Marat would be proud. Proud of the strategy, if not the message.

There are of course many differences to be noted. Unlike Pym and Paine and Marat, who were all considered extremely eloquent and fantastically learned, AOC is dull-witted and prone to malapropism. When her party handlers plucked her from obscurity, it seems they weren’t making the selection based on her ability in debate or her adroitness of thought.

Such are our times. Where once America produced titans like Patrick Henry, men with an iron will and a monstrous intellect to support it, now we have an ahistroical child playing with matches at the tinder dry foundations of an edifice she despises. A precarious situation.

The Tree of Liberty is currently a tiny withered Bonsai. Where are the counter voices? Where are Pyms and Paines of our age, ready to leap up in the defence of free speech and political representation? I say, give me a Patrick Henry, or give me death!