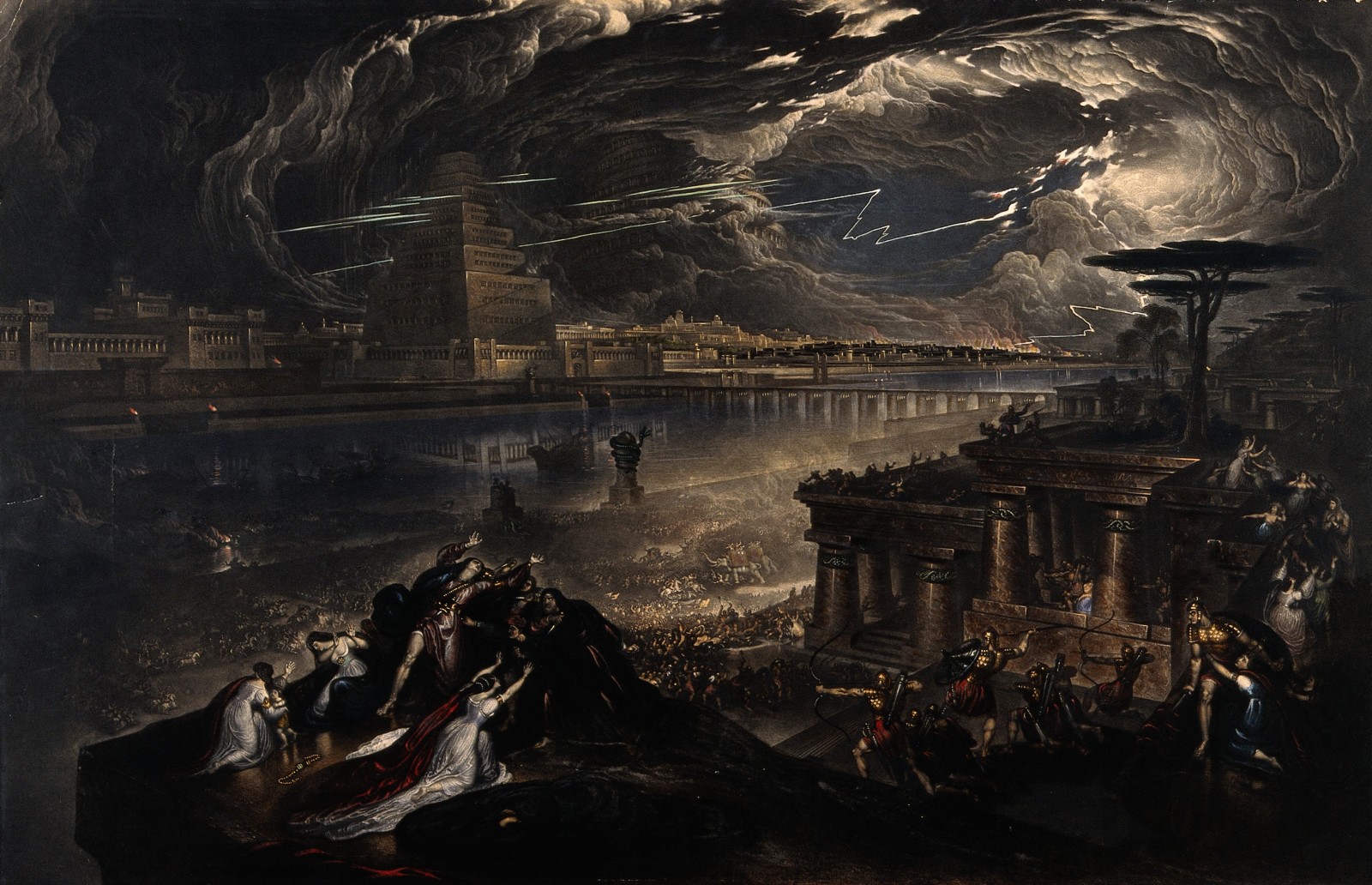 The point has been made by various commentators that America is inadvertently heading towards some kind of civil implosion. Whether that be Civil War 2.0 or a series of loosely organised sectarian conflicts resembling that of, say, the Yugoslav Wars, has yet to be seen. Waking up on Tuesday morning to news of an FBI raid on former President Donald Trump’s Palm Beach residence does not bode well in quelling such prophecies.

Like the necrotic smell which lingers around the abattoir I pass on the way to work each morning, there seems to be a tangible ‘air’ of something menacing wafting across the West. We might find traces of this air in online circles, though ideological biases often obscure an observer’s ability to fully ‘read the room’. Instead we must look to the air on the street: the ambience of collective malcontentment. Naturally the feeling is more apparent in urban areas. But it looms phantasmally even among the most menial activities, like sitting on the train or browsing at the shop.

My first perception of this air came after a visit to New Orleans in 2018. On separate occasions I spoke with a black pizza vendor and a white taxi driver about their experiences during Hurricane Katrina. The former had harboured a dozen of his neighbours in his Lower 9th Ward attic as the storm made landfall, and was forced to “cut a hole in the roof with a hatchet” when his home began to sink beneath the flood waters. He and his party then spent five days without power and in earshot of “constant” gunfire. On one occasion a marauding gang member from a more northern city sprayed a submachine gun at him as he stood in his yard.

I do not recall as much from the white New Orleans-born taxi driver, other than that he had been residing in Alaska for many years and decided it his civic duty to make the three-day, 4,000-mile road trip back to his home city to help as a volunteer. There were some distinct similarities in the two men’s testimonies, however. They had both ended up at the Kowloon Walled City which became of the Louisiana Superdome; they both lamented the Gretna Bridge blockade; they both heavily criticised Washington and the National Guard. Both men lacked any degree of faith in the establishment’s self-appointed role to protect them and their kin.

To consider Western liberal democracy as analogous to a camel, it is clear now more than ever that its back will soon buckle. Like the quantitative easing and fiscal stimulus packages which now blight our economies, seventy-five years of iniquitous straws precariously encumber the camel’s back. The end of our period of civilisational decadence seems soon to follow; the hand by which the final straw will be dealt never clearer.

Fulton J. Sheen spoke over half a century ago of a novel type of violence committed against the American people by an insidious class: that of the “new elite.” He lamented the passing of its predecessor, the “virtuous elites” of old whose “core of heroes and saints very much influenced any culture and democracy.” He rightly characterised the new elites and their doctrine of “elitism” as the “dominant minority that makes a lot of noise and that uses violence to force its will upon others.” They were revolutionaires “without programme or flag,” only knowing “what they are against, not what they’re for.”

I am unsure if the bishop was referring specifically to the communist actors of the time. But insofar as his characterisation of the elite caste, his words ring true today. Something insidious is a’happening, and all can feel it. That is the ‘air’ I refer to at the beginning of this article. We know they care not for our interests. We know they know. And they know we know we know.

I am not the first to question whether the bogeyman of ‘Wokeism’ will survive as Issue Number 1 when the coming economic Katrina finally bursts the levees of debt-based finance. I am not the first to ask whether baseless propagations of multicultural values or ethnic equity will continue when our overlords deem the needs of the native peoples of these lands to be below those of, say, Ukraine. If we are to take the pessimistic view that the world in the next year or two will suffer an economic depression not seen since the 1930s, we must ask: what comes next? Do we emerge from the eye of the storm with Pax Americana; with hedonistic materialism and decadence? Do we continue with, as Keynes put it, an economy which has become the by-product of the activities of a casino? Do we continue to turn a blind eye to the Faustian machinations of the ruling classes, to accept the lies parroted from their glass towers of Babel?