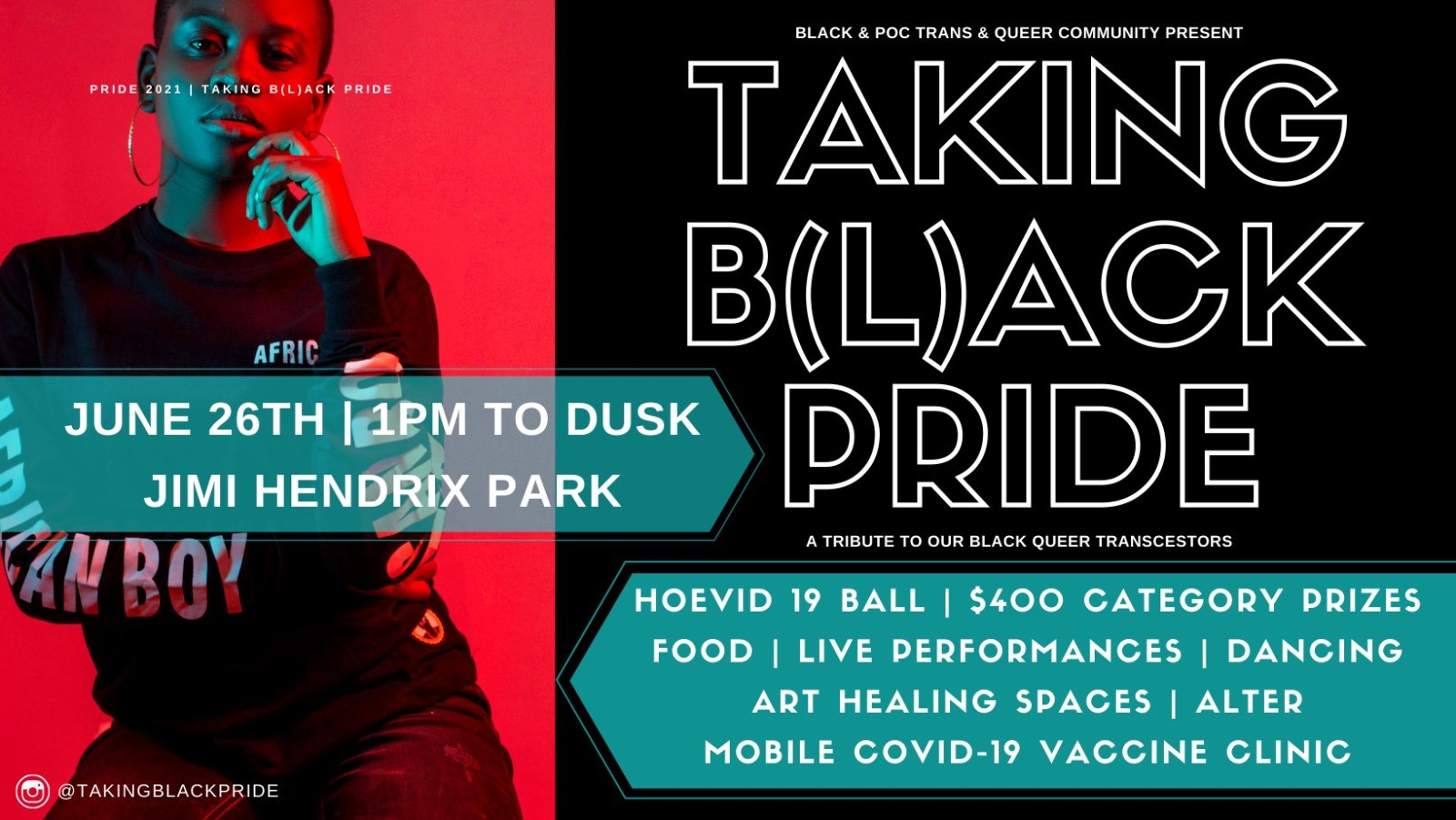 The event, named ‘TAKING B(L)ACK PRIDE’, will feature a prize raffle, “art healing spaces,” a COVID-19 vaccination clinic and a “Hoevid 19 Ball.” As outlined by the group’s Facebook page, the event will be focused on “black and brown queer trans centred, prioritized [and] valued” persons.

“‘TAKING B[L]ACK PRIDE’ is about lifting the voices, narratives, and contributions of black queer and trans voices. It’s about centring who we are and what we need to feel empowered, joyful, and heard.”

According to Seattle Pride, White punters, “allies,” and “accomplices” attending the event on June 26th will be expected to pay a $10 to $50 “reparations fee depending on one’s ability to pay,” a program which the non-profit organization, who state their mission as striving to “create unity, honour diversity, and achieve equal human rights,” says will enable persons of “black, brown, trans or queer” backgrounds to attend the event for free.

The event, however, was met with opposition from other Pride organisations within the city. Writing to the Seattle Human Rights Commission (SHRC), Charlette LeFevre and Philip Lipson, the organisers of the Pride march in the Capitol Hill area of Seattle, said the reparations fee represented “reverse discrimination” and constituted a violation of local and federal anti-discrimination laws. However, the SHRC defended the scheme, urging LeFevre and Lipson to “examine the very real social dynamics and ramifications of this issue.”

“Black trans and queer peoples are among the most marginalized and persecuted peoples within the LGBTQIA2S+ community. They often face shame not only from the cis-heteronormative community, but within the queer community at large as well. In making the event free for the Black Queer community, the organizers of this event are extending a courtesy so rarely extended; by providing a free and safe space to express joy, share a story, and be in the community. Our allies, supporters, and accomplices pay our sliding scale donation ‘reparations’ because they are able to understand that as folks with privilege, equity can start with making sure that people who possess various levels of marginalization are able to have spaces that centre their needs, safety, identities, and contributions to LGBTQI culture. Black and Brown LGBTQI folks do not possess the institutional power or enforcement of that power to be racially ‘oppressive’ to white folks.”

Seattle City Council president and mayoral candidate Lorena Gonzalez mirrored the SHRC’s rhetoric. Stating that she would no longer attend Capitol Hill Pride, the mayoral candidate lambasted the sect for “trying to stop Black people in the LGBTQ+ community from celebrating Pride in the manner that they choose.”

Attacking LeFevre personally, the organisers of TAKING B[L]ACK PRIDE proceeded to accuse the Capitol Hill Pride march organiser of employing her “power and privilege as a white-passing woman to elicit an emotional response and dangerous reaction from people like herself in order to create unsafe and potentially life-threatening conditions for Black and Brown LGBTQIA folks.”

“Charlette LaFevre acted out of entitlement and casual violence because she was mad, and felt that her hurt feelings gave her the right to make Black and Brown trans folks, sick and disabled folks, sex workers, migrants, elders, youth, and communities already under constant threat of violence and criminalization pay with their safety and potentially their lives. This is not ok. SUCH is the fallacy of LGBTQIA white and white-passing liberals.”