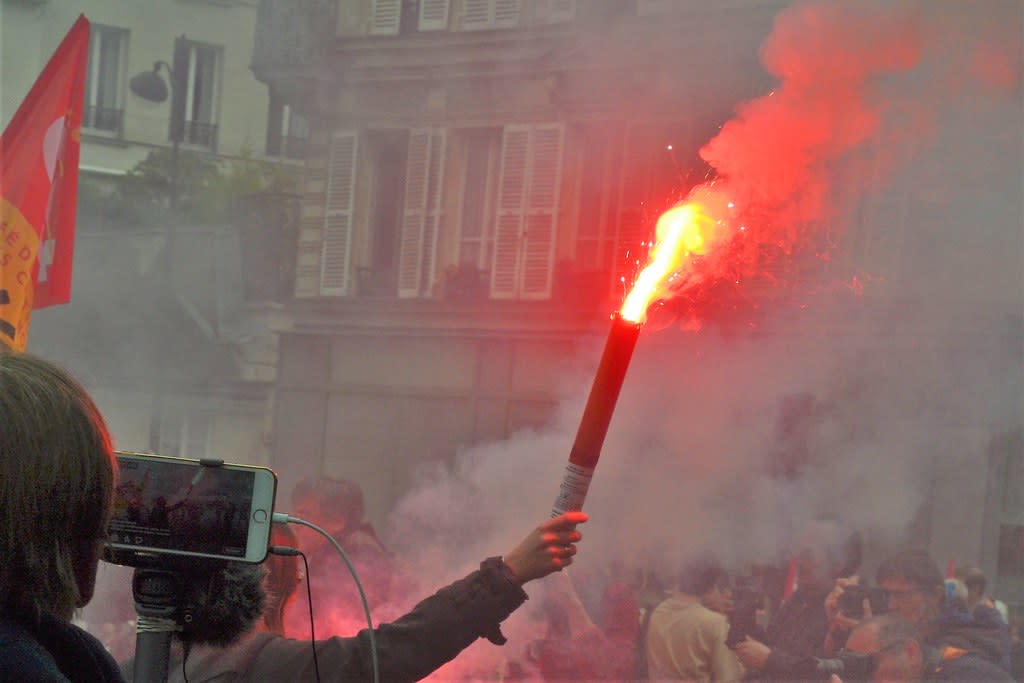 Protests in France intensified over the weekend as masses of people took to the streets across the country to demonstrate against President Emmanuel Macron’s domestic vaccine ‘health pass’.

As the third weekend of consecutive protests against Macron’s government was underway, videos circulating on the internet exhibited action in Paris, Nice, Montpellier, Nantes, Strasbourg, Reims, Toulouse, Marseille, and many more cities.  Demonstrators were at times met by riot police who were seen using batons, tear gas, and water cannons.

The current French health pass will be updated on August 9th to cover restaurants and trains in an extension of active mandates that require French citizens to be vaccinated before entering movie theatres, museums and tourist sites. Currently, 52 per cent of the country’s population is vaccinated.

According to the French Interior Ministry, Saturday’s protests saw an estimated 184 rallies across the country. In Paris alone, where at least four rallies were held, nearly 14,250 people marched, while 19 people were arrested.