“No-One Has Talked to Megan Yet”: Dialogue between Royals and Sussex’s “Not Productive” 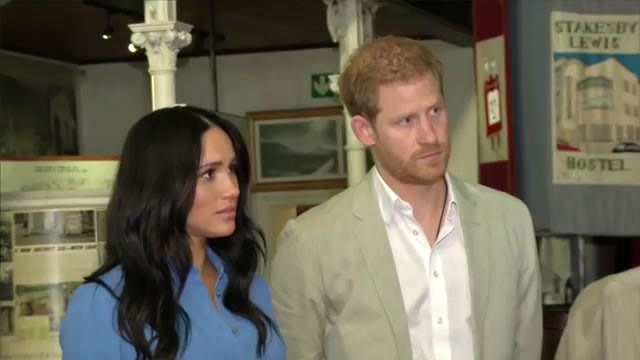 A “close friend” of Meghan Markle has revealed that a conversation between Prince Charles, Prince William and Prince Harry, the first since the Sussex’s Oprah interview on the 7th of March, was “not productive”.

According to Gayle King, the CBS news broadcaster who’s California mansion was used for the Oprah Winfrey interview on the 7th of March, the Duke and Duchess are “upset” that the royal family is investigating claims of Meghan’s bullying of royal staff but not the claims of racism within the royal institution. As stated by King:

“What is still upsetting to them is that the Palace keeps saying they want to work it out privately. Yet they release these false stories that are coming out that are very disparaging against Meghan still. I think it’s frustrating for them to see that it’s a racial conversation about the Royal Family when all they wanted all along was for the royals to intervene and tell the press to stop with the unfair, inaccurate, false stories that definitely have a racial slant.”

Gayle King, a close friend of Meghan Markle, made the comments two days after it was revealed that the royal family has employed a third-party law firm to investigate a number of bullying claims made against the Duchess of Sussex by palace staff. In 2018, Jason Knauf, the Sussexes’ former communications secretary, filed a complaint against the Duchess alleging that she drove two personal assistants out and undermined the confidence of a third. A royal source later told The Sunday Times that “the actual worst incidences haven’t come out. There are some harrowing stories to tell.”

In response to the investigation, Meghan Markle has demanded the palace to release any “documents, emails or text messages relating to the bullying complaint against her.”

King told CBS viewers this morning that “the bullying thing was raised in 2018 and now there’s an ongoing investigation about bullying for Meghan Markle when anyone who has worked with her will tell you exactly who she is - you know she’s really a very sweet, caring person.” The CBS News reporter then asserted that the Duchess of Sussex “has documents to back up everything she said on the Oprah interview. Everything”

Gayle King maintained that “no one in the Royal Family has talked to Meghan yet or at this particular time” as the Queen has maintained an attitude of “business as usual.”