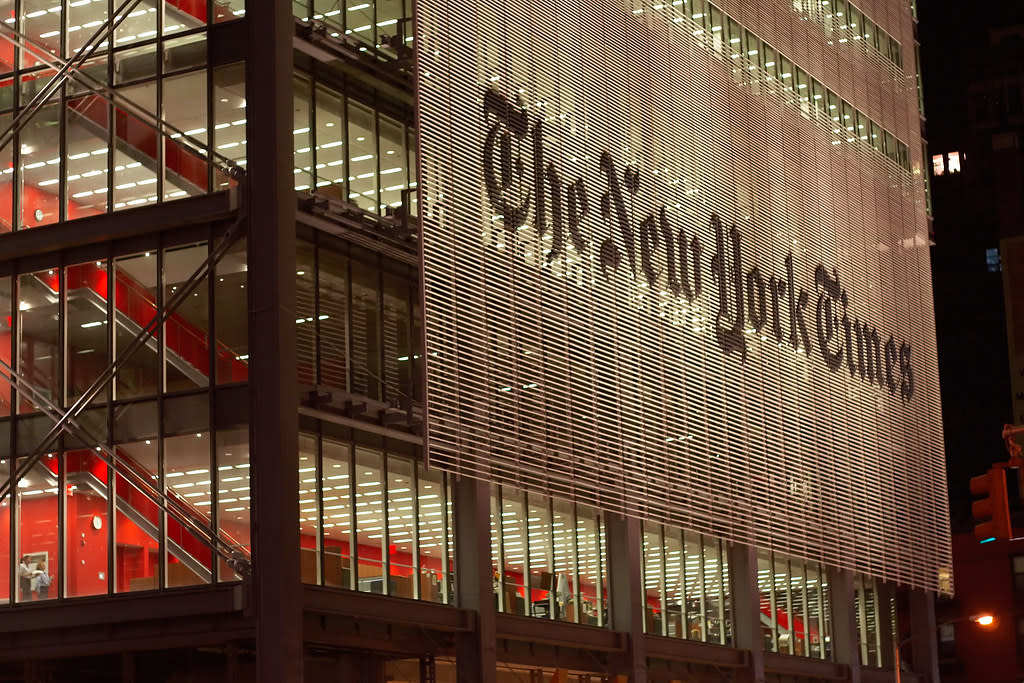 The New York Times instructed its staffers at the beginning of the pandemic not to investigate leads surrounding the possibility of COVID-19’s leak from the Wuhan Institute of Virology (WIV), the Spectator World Edition has revealed in an exclusive report.

Speaking to journalist Dominic Green, a “veteran” New York Times staffer claimed that suggestions made to a senior editor at the paper pertaining to the opening of an investigation of the origins of the SARS-CoV-2 virus in “early 2020” were dismissed, with the editor stating it was “dangerous to run a piece about the origins of the coronavirus.”

“I suggested to a senior editor at the paper that we investigate the origins of COVID-19. I was told it was dangerous to run a piece about the origins of the coronavirus. There was resistance to running anything that could suggest that [COVID-19 was manmade or had leaked accidentally from a lab].”

Another Times staffer told Green that the paper had “led the charge” in dismissing any questioning of the established theory that the virus had originated naturally as conspiracist or “racist.”

“It was considered a conspiracy theory. It was untouchable everywhere. The fact that Trump embraced it, of course, also made it a no-go.”

In spite of the established scientific consensus’ persistent denunciation of the lab leak theory throughout the course of the pandemic, the theory has seen increased attention in recent months, with US President Joe Biden in May ordering a “redoubling” of the investigation into the virus’ origins. Refuting the accusations in a statement to the Spectator, a spokesperson for the Times said that “any accusation that the New York Times would refuse to investigate the origins of a pandemic is ridiculous.”