New Emoji Update to Expand On “Gender and Race Inclusivity” 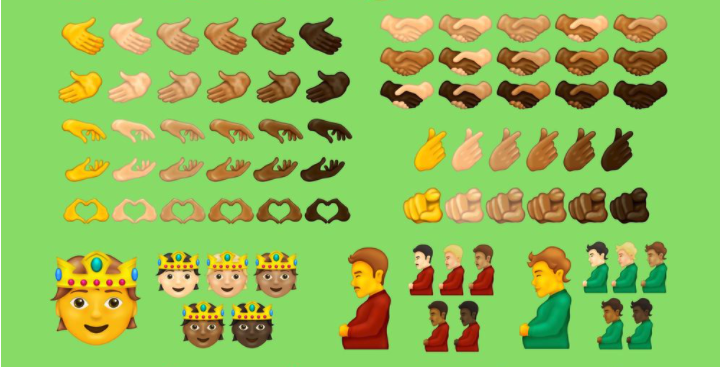 The Emoji Subcommittee for Unicode - the consortium that provides ‘Emojis’ to corporations such as Apple and Twitter - has proposed thirty-eight new emoji draft candidates to be implemented across platforms at the end of the year.

Included in the update will be emojis representing an “additional seventy-five skin tone variants” as well as new gender-neutral emojis including ‘pregnant men’ and ‘pregnant persons’.

The draft list was announced on July 15th, two days ahead of World Emoji Day on July 17th.