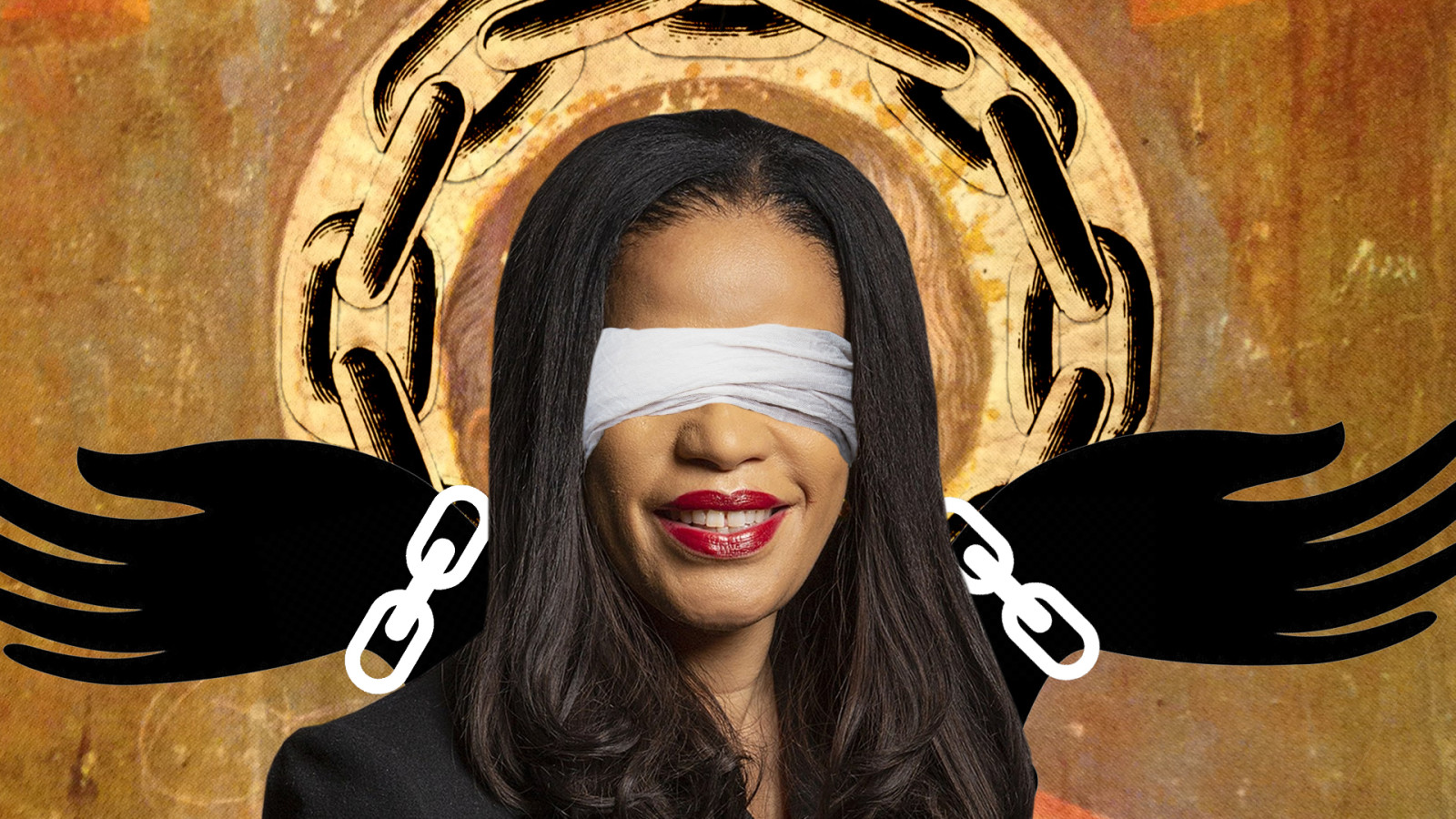 From the tiniest inconsequential lies of omission, to full-blown falsehoods constructed from thin air with the intention to cause real damage and destruction, we all know that there are various stripes of lies, a full and varied spectrum of different ways to augment the truth.

False narratives and outright lies form a big part of our social interactions. Very occasionally, it is even best to lie, like when someone asks you to confirm how cute their ugly baby is; best just to fib. The housewives of Facebook pretending they are happy and lead interesting lives; best just to let them wallow in their untruth.

It is lies of omission that I’d like to concentrate on for a moment, if I may. Often, it is these kinds of lies that seem the least damaging, or are the easiest to convince yourself you weren’t ethically culpable for. Are we really obliged in a job interview to lay bare all our shortcomings and embarrassments just to avoid the charge of lying by omission? No, of course not. But like all lies, there are varying degrees of seriousness and varying degrees of hardship and misery caused even by the usually innocuous lies of omission. For example, failing to mention your penchant for Warhammer on a first date is an entirely different kettle of fish from failing to acknowledge widespread injustice, or violent crime statistics, or more pertinently, modern slavery.

Lies of omission are one of the most powerful and regularly used tools that the corporate media use to distort reality. In recent years, it has become more and more obvious that our governments, intelligence services, and mainstream media companies all just remain silent when the truth is at odds with their progressive, anti-Western message. The examples of this are all too common; like the immediate dropping of the story surrounding the recent killing of Sabina Nessa once it became clear that it hadn’t been perpetrated by an indigenous Englishman; or the very little coverage of acid attacks, unless it was done by an Englishman; or the endless examination of ‘white guilt’ and ‘white fragility’ and ‘white rage’ and ‘white saviour complex’, but no discussion about the violent nature inherent to many forms of Islam, even after the Manchester Arena attack or the slaying of Sir David Amess. The near-complete denial that the yellow vests of France aren’t going away quietly or the endless stories about the crisis in housing and schools and the NHS and all manner of infrastructure, but a complete omission of debate about uncapped immigration, also come to mind. These are all lies of omission at their most pernicious, at their most deadly.

There is something even more malignant about these lies of omission, beyond the simple distortion of reality; because lying by omission only really works if the people you’re trying to dupe are entirely unaware of what is being omitted. Yet in our world of social media and VPNs, very little is able to be entirely suppressed. Despite the stone-walling of the corporate media, the crimes of Hunter Biden won’t be forgotten. Hillary’s toilet server will not be forgotten. The scarcely believable rates of violent crime among certain black communities do not go unnoticed. Regular folk are not fooled. Despite it never being mentioned by the BBC, we’ve noticed the hordes of fighting age Islamists who openly repudiate Britishness that have absolutely swamped our cities in the last few years. The deafening silence about the continued operation of the grooming gangs across our nation: we know. The Guardian and The Independent can ignore it forever, but that won’t change the fact that everyone who isn’t blinded by progressivism can see exactly what's happening.

One such example of lying by omission about a topic of grave import in order not to criticise non-white people - even though the world already knows about it - is that of modern-day slavery existing in the English midlands town of Leicester; though indeed not just Leicester. What a strange and revolting juxtaposition it makes to be repeatedly chastised and condoned, collectively and retrospectively, for the eighteenth and nineteenth-century slave trade, yet have modern-day slavery in the heart of England ignored and essentially swept under the carpet. Why is this story being largely omitted and covered up? Because the slave masters in this instance aren’t indigenous Europeans, indubitably.

So, we can see that slavery in and of itself isn’t what the progressive anti-Britishers really care about. Rather, it’s the sport of demonising the native British and their sense of history and heritage. Slavery just happens to be an easy and obvious tool with which to scold and silence us. For how odd it is to be constantly reminded of the Atlantic slave trade, but never of the Abolitionist movement. European slavery is endlessly evoked, but Turkish, or African, or Arabian, or Indian slavery is entirely omitted. Slavery existing right this very second in Saudi Arabia, according to wokists, is not really worthy of examination. How very telling.

Back then to Leicester, a city which enjoys an extremely diverse south Asian demographic; which is to say, Indian, Pakistani, and Bangladeshi. In Leicester, there is also a robust textiles industry. Thus, last summer, various stories began to break that there was widespread exploitation going on in Leicester and within that particular industry. It seemed beyond doubt that at the very least there was a type of forced labour going on, a type of indentured slavery, an “appalling litany of abuse” which is “an open secret” within these communities where it has been largely kept quiet due to “a conspiracy of silence.”

What an appalling, sickening thing. What a horrifying set of circumstances to be playing out in England’s green and pleasant land, the bastion of anti-slavery, the godfather of Abolitionism. And yet, as far as the corporate media are concerned, despite being constantly outraged by centuries-old slavery, this modern form apparently doesn’t need any real discussion, this type of slavery doesn’t need a light shone on it. Why? Because the perpetrators aren’t ingidenous men. What a truly stomach-churning and frankly evil paradigm to use when deciding which stories are worthy of news coverage.

Keith Vaz, Claudia Webbe, the police and the entire Labour establishment of Leicester should be the subject of a deep and thorough investigation. This stain on our nation, imported and carried out by non-British people, should be cut out like a cancer; slavers should be subjected to arrest and deportations if necessary.

Unfortunately, and constituting perhaps the darkest element to this whole sordid tale, is that a full and proper investigation is reasonably unlikely to occur. The craven establishment and police will do just as they have done with the grooming gang epidemic Britain is still suffering from. The authorities will pretend to have conducted a full and thorough investigation when in fact having done everything in their power to avoid addressing the real issues, i.e, addressing the ruthless and disgusting people traffickers and their racket of exploitation. Just like in the case of the Muslim grooming gangs, they will say that there is nothing to see here. Perversely, they will also tell us it has been dealt with and everything is now fine. The final insult, being told that it is really morally wrong for us to be pouring judgement on our BAME interlopers. Failing that, they will just simply omit to report on the topic altogether.

Nothing is being forgotten, though. We, the People, won’t forget these crimes committed against us, against our communities, against our sense of comprehension and reason. We see the crimes being committed, we see the cover-ups, we see the police and the political establishment pretend to investigate. We see them come to the conclusion that merely mistakes were made but that no one will be fired or prosecuted, let alone the actual causes addressed. We see and feel the injustices perpetrated against us, and we won’t forget. The corporate media can lie by omission for as long as it wants, but the truth will inevitably seep out: it nearly always does.