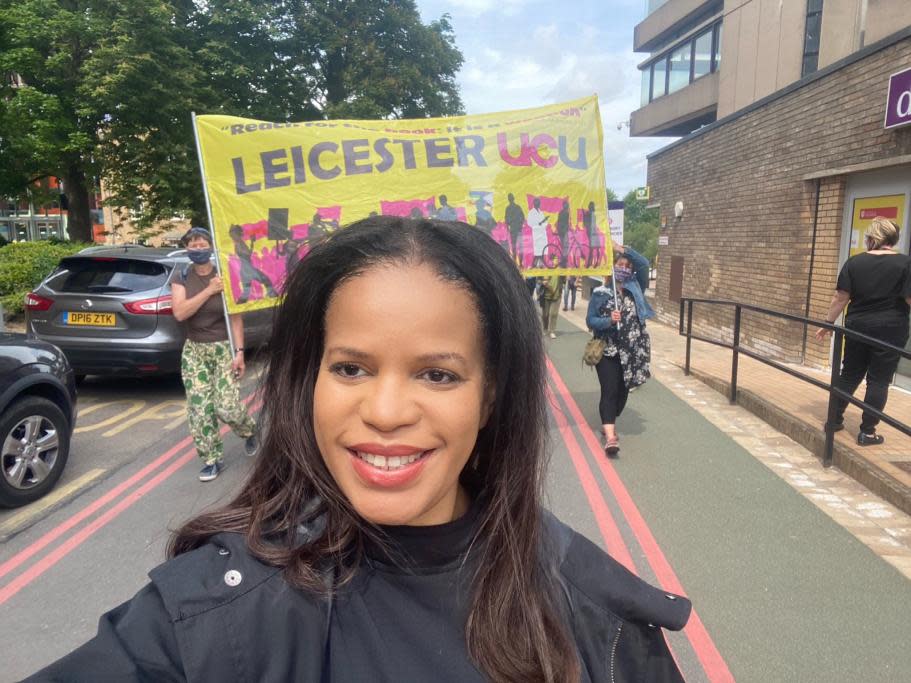 The member of parliament for Leicester East may face jail time after being found guilty of harassing her partner’s former girlfriend.

Appearing outside Westminster magistrates’ court on Wednesday following the verdict, Claudia Webbe, 56, said she was “innocent” and “deeply shocked” and would seek an appeal.

During the trial’s proceedings, the court heard that Webbe, who currently sits as an independent MP in the House of Commons after being suspended from the Labour Party, had made 16 calls over a two year period to Michelle Merritt, 59, who had been in a previous relationship with the defendant’s boyfriend, Lester Thomas.

In one call, recorded on April 25th and presented to the court by the prosecution, Webbe was heard calling Merritt a “slag” before yelling “get out of my relationship” 11 times. A second call exhibited a more sinister tone on the part of the MP, who threatened Merritt with an acid attack and the distribution of her naked pictures and videos to her daughters.

Speaking in court, the former Labour MP categorically denied the claims made against her and argued that she could see “no reason for any falling out” with Merritt. Webbe proceeded to argue that her actions had been taken out of context by the prosecution, stating that the call recorded on April 25th had been made during a heated argument with Thomas over his breach of Covid-19 lockdown restrictions to see his ex-girlfriend-turned-friend.

“We were in a national lockdown and so I asked her not to break lockdown with Lester. She was committing a crime, I was pointing this out. I’m the victim.”

Despite arriving at court hand-in-hand with Thomas over the course of the trial, Webbe proceeded to accuse him of abusing her when the prosecution exhibited a neighbour’s call to the police over the sound of screaming from her Islington home. However, the defendant, who confirmed in court that she and Thomas were to be married, said that she did not report her partner to the police because she “did not trust [them] to keep black men alive [and] to treat domestic abuse seriously.”

“I was being goaded and gaslighted [by Thomas]. This is all about domestic abuse and coercive control. I am not mad, I am a member of parliament”

A close ally of former Labour leader Jeremy Corbyn, Webbe’s testimony was supplemented by glowing character references from the former shadow chancellor John McDonnell and former shadow home secretary Diane Abbott, who said the defendant was “very honest” and “very committed to working to support women.” In a written statement read to the court, Corbyn said that Webbe was a “warm-hearted, decent, and dedicated person,” who is “very committed to ensuring the administration of justice is done” while being prepared to “state uncomfortable truths when it matters.”

Paul Goldspring, the chief magistrate, however, found the former Labour MP guilty of harassment and said the defendant’s harassment of Merritt had been the result of jealousy.

“Some of the things [Webbe] said I believe were made up on the spur of the moment. Some things she said in the witness box just don't bear scrutiny. I do not find the defendant to be cogent, compelling and truthful in all aspects of her evidence … In short, I find Ms Webbe to be vague, incoherent and at times illogical.”

Goldspring released Webbe on unconditional bail with the possibility of a prison sentence on account of the MP’s threats to “throw acid at somebody, and to send intimate photographs to family members cross[ing] the custody threshold.”

Speaking about her verdict outside of Westminster magistrates’, Webbe, who has faced calls from the Labour Party to quit her parliamentary seat, asserted her innocence.

“While I’m preparing for the appeal, I want to assure the people of Leicester East that I will continue to stand up for them in parliament, fighting on their behalf … I have spent my lifetime campaigning for the rights of women, for challenging this type of behaviour, and this is not something that is in my character and not something I would ever do.”