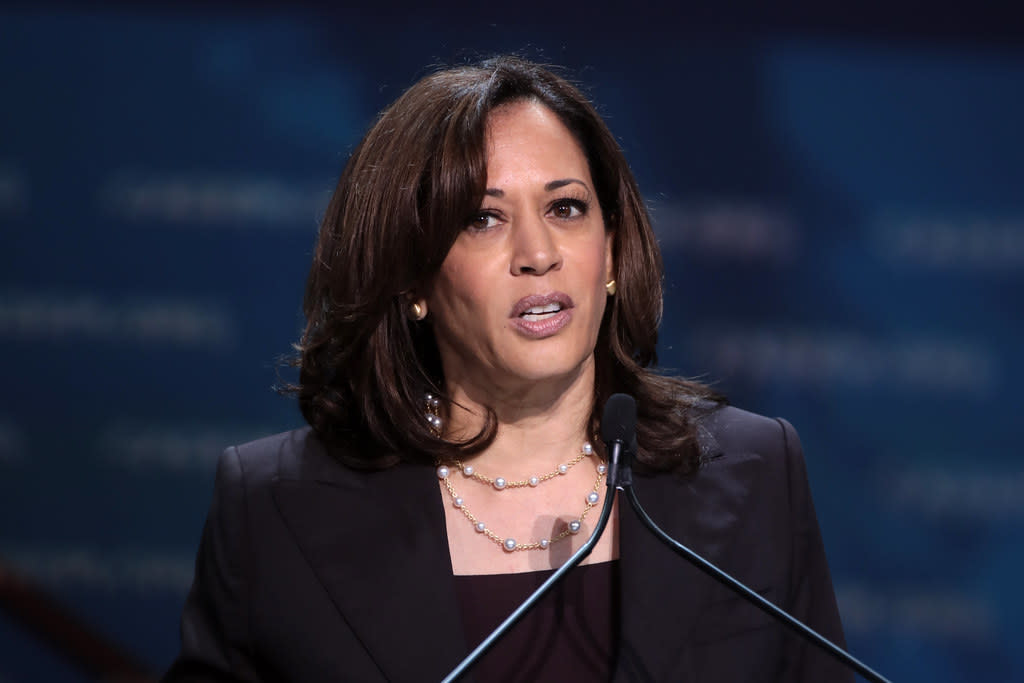 Newsom was embroiled in a political blunder in November when he was photographed dining with lobbyists and friends at the French Laundry restaurant in Yountville, Napa Valley. The governor’s attendance at the party, which broke his administration’s own COVID-19 guidelines on private gatherings, later became the main citation for a recall petition which, by March 2021, had reached 2,117,730 signatures.

“Let’s understand we’re not only going to be doing the work of putting Gavin Newsom in exactly where we want him to be, which is as Governor of California, to lead as he’s been leading,” said Harris. “We are also in this election making a statement about who we are as a nation … This recall campaign is about California and it’s about a whole lot more.”

The Vice President is the latest Democratic official to express her support for Newsom, with former President Barack Obama appearing in an advert prior to the San Leandro rally to encourage Californians to vote against Newsom’s recall. Senators Elizabeth Warren and Bernie Sanders also appeared alongside Obama in support of Newsom, while Senator Amy Klobuchar rallied with the Governor earlier this month.

“[The Republicans] are thinking that if they can get this done in California, they can go around the country and do this,” Harris continued. “You’ve got to understand what’s happening right now. What’s happening in Texas, what’s happening in Georgia, what’s happening around our country - these [Republican] policies that are attacking women’s rights, reproductive rights, voting rights, workers’ rights. They think that if they can win in California they can do this anywhere. Well, we will show them ‘you’re not going to get this done.’ Not here, never. So this election, guys, it’s not a one-off. We need everyone to vote ‘no’ - I voted ‘no’, Doug, my husband, voted ‘no’ on his ballot, we mailed them in … I came home for one purpose, it was really important for me to come home to stand and speak in support of my dear friend. We want our leaders in California to have a vision of what is possible, to see the opportunity of a moment to inspire and uplift all people. That's what the people of California have always wanted. And that's why the Republicans' recall will fail.”

Harris’ presence at the rally, however, was not received positively by some members of the public. Heckling was heard throughout the Vice President’s speech and several people held placards in opposition to Newsom, while some flew the national flag of Afghanistan in opposition to the Biden administration’s handling of the withdrawal of the country.

According to early polling data collected by California firm Political Data Inc, 29% of California’s voters, who all received mail-in ballots, have returned them. Before Harris’ speech, Newsom warned the crowd against his main opponent Larry Elder, whom last month he compared to former President Donald Trump. The fight against “Trumpism,” an ideology which Newsom has repeatedly labelled as “far-right,” has been a recurring theme in the ‘vote no’ campaign, with Newsom emphasising in a campaign stop last week that the focus on “racial, economic, social and environmental justice” in his ballot signified California’s stance “against all things Trump and Trumpism.”

“[Larry Elder] said the first thing he'll do after he gets sworn in - he said the first thing he'll do before his first cup of tea - is he will sign an executive order, eliminating mask wearing for our kids in public schools and eliminating vaccine verification for health care workers,” Newsom said at Wednesday’s rally. “Consider the consequences of that … Think of the consequences, California. You have the opportunity to determine the fate and future of this state. And I would argue impact the fate and future of the United States of America. This is a consequential election.”