Integrated Defence Review: UK Army Troop Numbers to Be Reduced by 10,000 with Increased Focus on Naval, Drone and Cyber-Warfare Capability 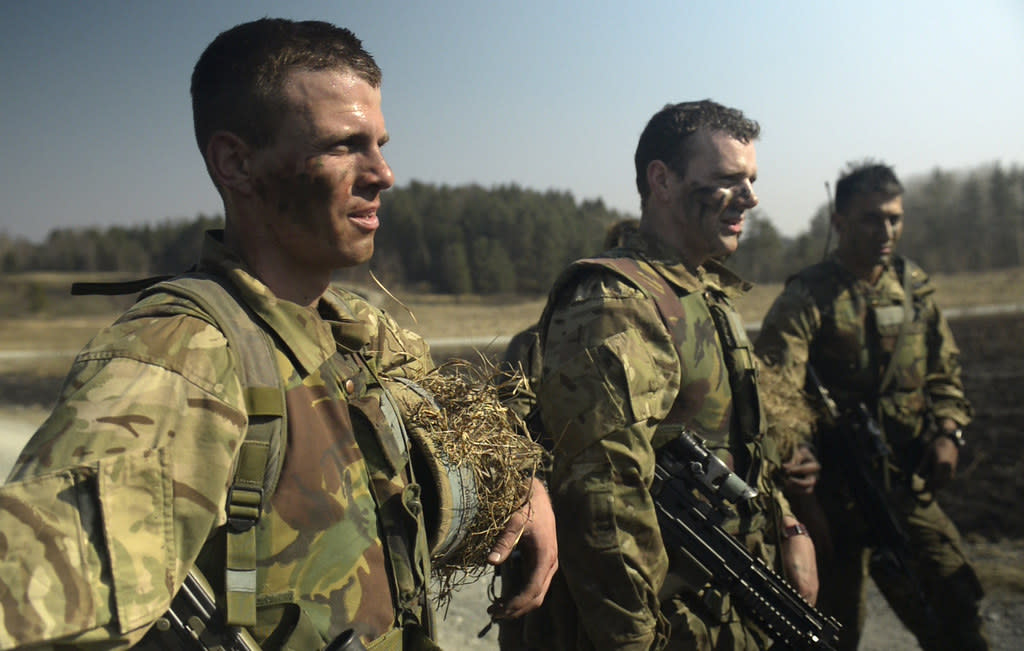 Following the government’s publication of the Integrated Review of Security, Defence, Development and Foreign Policy last week, Defence Secretary Ben Wallace is expected to announce the publication of a command paper in the House of Commons today which will see the size of the British Army will be reduced by 10,000 soldiers as part of a move towards robots, drones, and cyber warfare.

In line with the commitments outlined in the Integrated Review published last week, ministers have asserted that sweeping changes to the military are necessary to create a more agile military force. Last week, Foreign Secretary Dominic Raab spoke at the Aspen Security Forum, stating that the UK has a “central role” to play in the world against the so-called “retreat of democracy” and the “diversifying threat’s” developing worldwide. Speaking to Times Radio, Defence Secretary Ben Wallace stated:

Today, the Defence Secretary is expected to announce that the combined military forces will lose a number of tanks, aircraft, and 10,000 army troops, releasing funds that will be allocated towards the Royal Navy and initiatives in robots, drones, and cyber-warfare. In recent years the number of soldiers in the army has been reduced and under the new plans will fall to 70,000. According to the government, the latest reduction will be made through "natural" movement, with those who leave the service not replaced by new recruits.

The reforms come as the government has committed to a shift in UK foreign policy to the Indo-Pacific region which will focus on securing trade with countries such as India, Japan, China, and Australia. Under the command paper due for release later today, it is expected that the Navy will be bolstered, with the government promising “more ships, submarines and sailors,” and the rejuvenation of the Royal Marines. Under the plans, the Marines will receive more than £200m of direct investment over the next decade, transforming them into a new Future Commando Force which will carry out maritime security operations, "pre-empt[ing] and deter[ing] sub-threshold activity, and counter[ing] state threats". The Royal Navy will also send a new aircraft carrier to the Indo-Pacific region, with older frigates being replaced by new, British-built warships.

As part of the new reforms, the UK’s cyber-warfare capability will be increased, expanding the national cyber force and introducing a new space command to co-ordinate the UK's military and commercial space operations. Resources will also be pumped into drone and robot technology, and the number of new F-35 Joint Strike Fighter jets will be cut in favour of the RAF’s Project Tempest - a new fighter developed and built in the UK.

Ahead of the publication of the command paper later today, Mr Wallace said:

"From striking Daesh terrorists in Iraq, disrupting drug shipments and deterring Russian aggression in the Baltics, our armed forces already reach where others cannot. In the coming years, we will broaden the spectrum of this worldwide engagement even further. Across a vast global footprint, we will be constantly operating to deter our adversaries and reassure our friends, integrating with our allies, and ready to fight should it be necessary."

However, the government has come under scrutiny for the new reforms, with the former chief of defence staff Lord Richards of Herstmonceux asserting that “mass still matters.” Lord Richards, who led international forces in Afghanistan in 2006, maintained that “you’ve got to have some of the more traditional capability in case mass becomes an asymmetric attraction to one’s potential opponents.”

“I don’t necessarily buy that [Russia and China] are about to start World War Three with us, but, they still possess large numbers, and if all we’ve got is high-tech stuff, and they’ve got half a million troops that can come across the border at you, then these high-tech capabilities aren’t going to be much good. If your opponent senses that they are at a disadvantage, or their own capability is being neutered by one’s own possession of those capabilities, they will look for another way of achieving their goals, and that could suddenly become numbers again - mass. And we certainly won’t have it.”

“Modernised armies will no longer be defined purely by scale. Size today actually matters much less. The real currency is capability, utility and relevance and deployability. What I think will emerge is a right-sized army for the digital age ready to compete more effectively.”