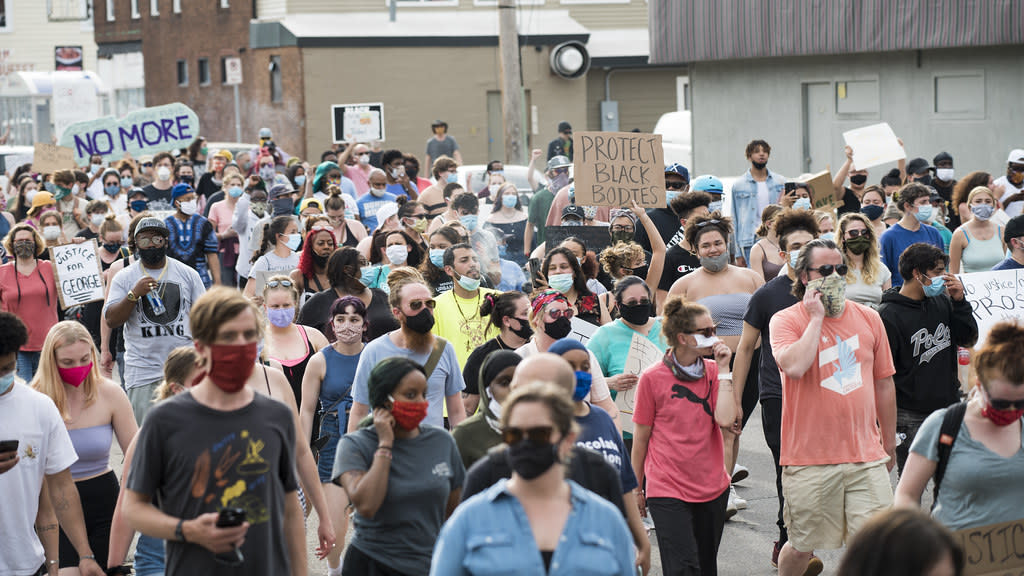 On Monday, the trial of Derek Chauvin resumed with the questioning of the prosecution’s final witnesses. With the defence’s witnesses expected to testify today, Judge Peter A. Cahill instructed the jury to “pack a bag” in preparation for the final closing arguments which will take place on Monday next week.

The first expert witness presented by the prosecution on Monday was Dr Jonathan Rich, a cardiologist at Northwestern Memorial Hospital in Chicago, Illinois. Retained by the prosecution to “review the facts of the case and provide his opinion as to how Mr George Floyd died,” Dr Rich explained that cardiology is the “study of the heart at the most basic level, the study of how the heart functions, what happens when the heart develops a disease and everything heart related and how it interacts with the rest of the body to sustain life.” Dr Rich testified that he was “provided with a lot of evidence to look through,” focusing mostly on medical records, interviews, video footage, and the autopsy report. Confirming that he had formed an opinion in the case to a reasonable degree of medical certainty, Dr Rich told the jury:

“George Floyd died from a cardiopulmonary arrest, caused by low oxygen levels induced by the prone restraint and positional asphyxiation that he was subjected to. In a nutshell, he was just simply unable to breathe, despite using all of his muscles of respiration, his chest wall and accessory muscles of respiration - which are extra muscles that are triggered in the event that you are having trouble breathing. He was trying to get enough oxygen and was unable to because of the position that he was subjected to. Thus, his heart did not have enough oxygen either, which meant that his whole body was deprived of oxygen.”

On direction by prosecutor Blackwell, Dr Rich testified that he had looked at two other potential causes of George Floyd’s death:

“Number one is whether there could have been a primary heart contribution to his death. The second was whether a drug overdose could have caused his death. When I use the term a primary heart contribution, I mean something that originated from the heart itself, such as a heart attack or serious ventricular arrhythmia. After reviewing all of the facts and evidence of the case, I can state with a high degree of medical certainty that George Floyd did not die from a primary cardiac event and he did not die from a drug overdose.”

The prosecution’s questioning of Dr Rich was largely cumulative, with the witness providing a testimony largely similar to that of previous medical expert witnesses. Noting that he had seen “no historical cardiac problems in the medical records as far as Mr Floyd’s medical condition was concerned,” Dr Rich affirmed: “There was absolutely no evidence to suggest that Mr Floyd had any medical heart conditions.” When prosecutor Blackwell directed Dr Rich to elaborate on high blood pressure, Dr Rich stated “it was an area of confusion,” asserting:

Directed by prosecutor Blackwell to describe what he saw on his analysis of camera footage of Mr Floyd’s apprehension, Dr Rich detailed the observation of Mr Floyd’s “eventual” entry into “cardiopulmonary arrest,” citing the waning of Mr Floyd’s speech and muscle movements as a consequence of officer Chauvin’s “life-threatening” restraint. On this precedent, Dr Rich disregarded the significance of the presence of coronary artery disease outlined in Dr Andrew Baker’s autopsy report, stating:

“There were narrowings in more than one blood vessel. Importantly, in the left main coronary artery, there was no description of any narrowings or disease. Left-main disease, as we sometimes call it in cardiology, is among all the vessels the highest risk vessel if it were to get blocked off.”

On the issue of the size of Mr Floyd’s heart, Dr Rich stated that it was “mildly enlarged.” Dr Rich categorised this as a “normal,” emphasising that it was a “beneficial feature in the short term” for someone physically active like the late Mr Floyd. Moreover, Dr Rich asserted that a larger heart is an “expected finding in somebody who has high blood pressure.”

Derek Chauvin’s defence attorney, Eric Nelson, then took the stand for a brief cross-examination of Dr Rich. In standard form, Nelson focused on hypotheticals, asking Dr Rich if he agreed that people dying while afflicted by arteries blocked by 90% was a common occurrence. Dr Rich responded: “No sir. Well, everybody dies eventually, but not from the 90% blockage.” In response, Nelson propounded: “People die every day who have a 90% blockage,” to which Dr Rich replied: “People die every day from heart attacks.” Reframing the question, Nelson posited that there “is a difference between a heart attack and heart failure, so people who have a 90% blockage may have a cardiac event and may die?” Dr Rich conceded, stating:

“Hypothetically, there are undoubtedly people who have died from coronary events with 90% blockages, or without blockages. In a hypothetical case, somebody who has any extent of coronary heart disease including the descriptions you just gave could actually die.”

Referring to methamphetamine, Nelson asked Dr Rich if the drug was a vaso-constrictor. Dr Rich agreed, stating that methamphetamine “narrows the [vessels] down more” and he would never recommend anybody taking the drug recreationally. Additionally, Nelson directed Dr Rich to elaborate on a number of other topics. On the effects of adrenaline, Dr Rich stated:

“Adrenaline, which is the lay term for catecholamines, gets the heart to pump more blood. When we go and exercise, the purpose of adrenaline is so we can run and we can jump, and we ask the heart to allow us to do that.”

On Mr Floyd’s resistance to being placed in the squad car, Dr Rich conceded:

“Had he not been restrained in the way in which he was, I think he would have survived that day.”

However, Dr Rich agreed with Nelson that “in an ordinary individual,” the prone position is not inherently dangerous.

Following the questioning of a final witness, Professor Seth Stoughton - whose testimony will be outlined in a separate article -, Judge Peter A Cahill informed the jury on the future of court proceedings. Advising the jury to “pack a bag,” Judge Cahill stated:

“We expect that we will be moving to the defence case tomorrow. Accordingly, we expect that we will finish all the evidence in this case by the end of the week, possibly with even Friday off. My preference is not to make the attorneys close on Friday because when they close this case will be submitted due for deliberation, which means at that time you will be sequestered. If I were to have closing arguments on Friday it would mean you would be sequestered into your weekend, and I don’t know if you have any plans - I’m not going to do that. My preference is to give the attorneys more time to prepare for closing arguments and have the closing arguments, we predict, on Monday. Expect that when you report for jury duty on Monday, it will be followed by sequestration, so pack a bag.”