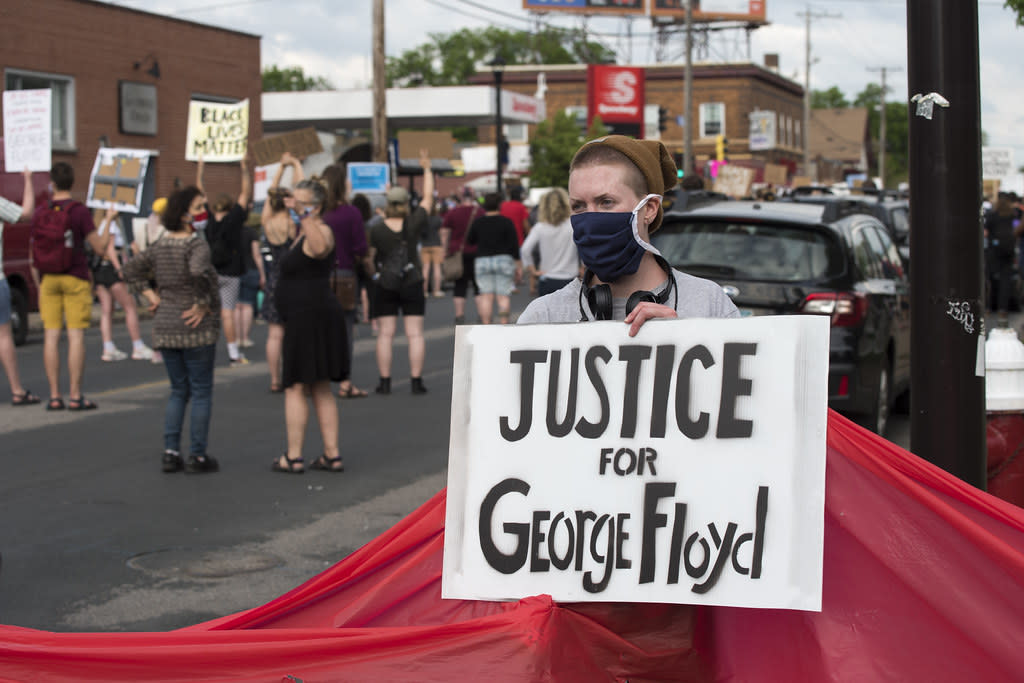 The conclusion of Christopher Martin’s questioning on Wednesday was followed by the summoning of Christopher Belfrey, who was sitting in a parked car outside of Cup Foods when George Floyd left the store.

Mr Belfrey’s questioning was short-lived. The prosecution focussed on Mr Belfrey’s positioning on May 25th, determining that Belfrey was in a car parked behind that of Mr Floyd’s. Belfrey indicated that he had begun recording footage of the incident when the police arrived and asserted that Floyd pleaded for the officers not to shoot. Mr Belfrey confirmed he had recorded footage on his phone as the officers apprehended George Floyd, but decided to stop filming, believing the incident to be over. He subsequently drove away from the scene.

After a lunch break, prosecutor Erin Eldridge began to question Charles McMillian, 61, who was driving when he came upon the arrest of George Floyd. Mr McMillian confirmed that he had spoken to Derek Chauvin five days prior to the George Floyd incident, pulling up to his squad car “somewhere in south Minneapolis” and telling him “at the end of the day, you go home to your family safe.” The prosecution then exhibited two videos, a police bodycam video and CCTV footage taken from Cup Foods.

In both videos, George Floyd can be seen resisting the officer’s attempts to place him in the squad car. An exchange can be heard between Mr McMillian, the officers, and Mr Floyd at the beginning of the footage, with Mr McMillian shouting at George Floyd “you can’t win.” In response to Mr McMillian, Floyd shouted “I’m not trying to win, I’ll get on the ground - anything.”

George Floyd can then be seen repeatedly resisting the officer’s attempts to place him in the squad car, flailing his legs and screaming “I’m not a bad guy. I can’t breathe. My wrist.” He can then be heard saying to officers “I want to lay on the ground, I want to lay on the ground.” As he rolls to the other side of the car and is held in place by officers Chauvin, Kueng and Lane, Floyd can be heard saying several more times “let go of me man, I can’t breathe.” McMillian shouts “get in the car” for a second time.

Later in the footage, an officer can be heard saying that Floyd was “under arrest for forgery.” A second officer then tells Floyd to “come on out” of the vehicle, Floyd replying “thank you, thank you.” Floyd is then taken to the ground, where he can be seen violently kicking with his legs, shouting “I can’t breathe” several times. The bodycam footage then shows the officers struggling to keep Floyd still as officer Chauvin places his knees on his neck and back, Floyd crying “mama, mama, mama, mama, mama.”

The prosecution paused the footage as the witness became overcome with emotion. Mr McMillain explained that he felt “helpless,” stating “I didn’t have a mama either - I understand him.” In response, Judge Cahill called a twenty-minute break to allow for Mr McMillian to compose himself.

On the resumption of court proceedings, Ms Eldridge asked the witness to describe what he saw. Mr McMillian confirmed that he “saw Mr Floyd on the ground, with two officers on the back of him and an officer on the front with him.” McMillian affirmed that he had tried to help Mr Floyd by “telling him to get up and get in the car,” stating that Mr Floyd “appeared to be in and out [of consciousness] with white foam running out of his mouth.” In the video, Floyd can be heard continually screaming and crying, saying “my face is gone, I can’t breathe man, I’m dead, look at my face man.”

The prosecution then showed a screenshot from the CCTV footage taken from the restaurant across the street. Referring to the screenshot, McMillian confirmed that he saw the officers holding Floyd down, with Chauvin’s knee “between [Floyd’s] neck and back” as two other officers held him down. In another video shown by the prosecution, McMillian can be heard telling Floyd to “get up and get in the car,” telling him “you can’t win.” Floyd responded, saying “my stomach hurts, my neck hurts, everything hurts, give me some water or something, please.”

The prosecution proceeded to question McMillian on his interaction with officer Chauvin following the departure of Mr Floyd’s ambulance. In two audio clips, the conversation can be heard, McMillian angrily telling Chauvin that he should have taken his knee off Floyd’s neck. On request for clarification by the defence, Mr McMillian stated that he could not recall exactly what he said, but remembered saying:

A second audio clip provided a clearer version of Mr Chauvin and Mr McMillian’s exchange. Mr McMillian could be heard telling Chauvin that he did not “respect what [he] did,” feeling what happened “was wrong.” Chauvin stated in response: “that’s one person’s opinion, we had to control this guy because he’s a sizeable guy - and it looks like he’s probably on something.” McMillian could then be heard saying to Chauvin:

“I got nothing bad to say about you because you respect me, I’m gonna keep respecting you. Have a good night, get home safe to your family.”

Defence attorney Eric Nelson decided not to ask further questions, and Mr McMillian was dismissed from the stand.