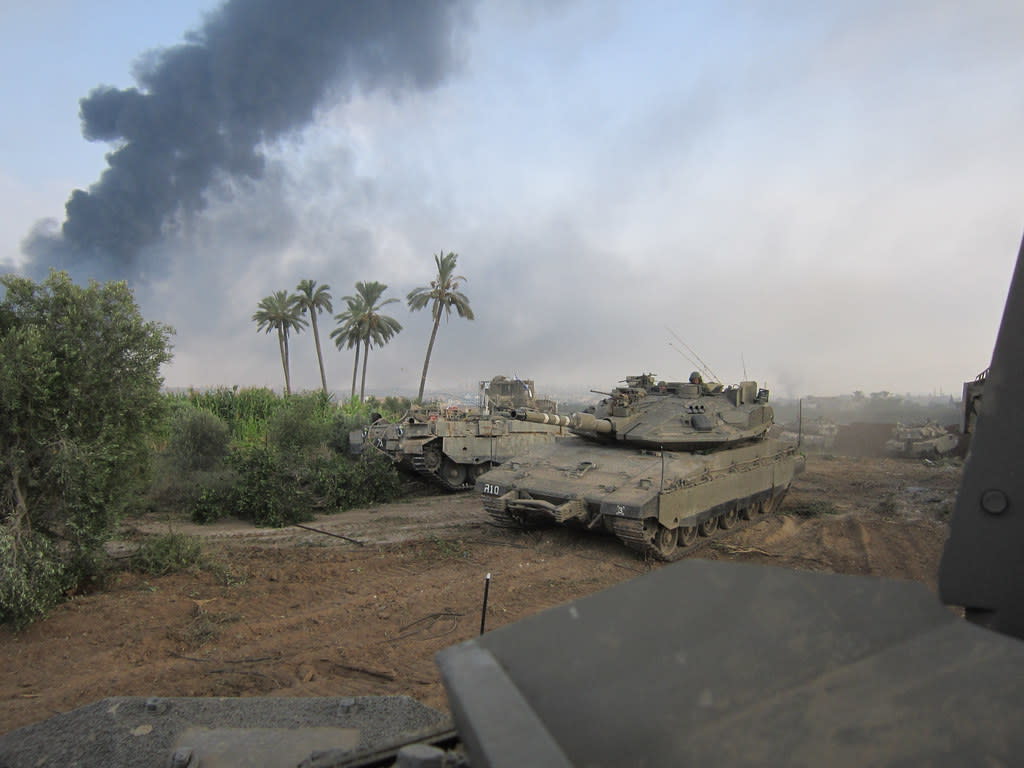 Israel’s military is set to approve plans on Thursday for the invasion of Gaza as countries around the world implored the reduction of tensions by both sides.

Brigadier General Hidai Zilberman, a spokesman for the army, told Israeli media that the plans will be presented before the chief of the general staff of the Israeli Defence Forces Rav Aluf Aviv Kochavi before passing to the security cabinet for approval. Meanwhile, Lieutenant Colonel Jonathan Conricus confirmed that armoured vehicle units and troops were massing in staging areas on the Gaza border in preparation for the incursion.

Tensions in the West Bank have escalated over the last week after the al-Qassam Brigades, the military wing of Hamas, fired rockets at Israel in retaliation for the storming of the al-Aqsa mosque in Jerusalem by Israeli security forces. Hamas, the militant group that rules Gaza, warned of an “escalation” in hostilities if Israeli forces did not withdraw from the al-Aqsa compound by 18:00 Monday, launching 50 rockets at Jerusalem after Israel declined to withdraw.

The rocket launches continued into Tuesday, with Hamas firing 250 rockets at the cities of Ashkelon, Jerusalem and Ashdod, killing seven people including three women, two children and a soldier. According to reports, one Palestinian rocket hit a building near Israel's capital of Tel Aviv, injuring five Israelis as others hid in shelters. Israel responded with its own airstrikes, killing 83 Palestinians, including 30 militants and 17 children.

On Tuesday, Benjamin Netanyahu, the Israeli Prime Minister, accused Hamas of crossing a “red line” and promised a tough response that could “continue for a while”.

“We will strike at the terrorists in ways they haven’t dreamt. This is just the beginning. Those who attack us have signed their death warrants,” said the Prime Minister.

Speaking about the actions, Lt. Conricus confirmed that Israel would “continue to operate to attack [Gaza’s] military infrastructure and prepare additional activities until they get the message.” The Lt. also confirmed that 300 military targets had been destroyed by the Israeli defence forces and at least 20 senior Hamas and Palestinian Islamic Jihad (PIJ) insurgents had been killed.

On the streets, Arab and Jewish communities fought each other in ‘near lynchings’ and beatings. Footage of a near lynching of an Arab man by a crowd of Israelis in Bat Mat, near Tel Aviv, was broadcast on-air by several channels while Israeli media reported that a Jewish citizen in the city of Acre was left in a critical condition after being attacked by a mob of Arab demonstrators armed with sticks and rocks. Netanyahu called for an end to the fighting, asserting:

Speaking to Netanyahu on Wednesday night, US President Joe Biden confirmed Israel’s “right to defend itself” but urged for moderation in its response, hoping “this will be closing down sooner than later.” British Foreign Office minister James Cleverly mirrored Biden’s comments, telling LBC on Thursday that Israel has a “legitimate right to defend itself” but must do so “proportionately.” as he urged Hamas to cease its rocket attacks.

“We have got to remember that the military wing of Hamas, which is firing these rockets, is a proscribed terrorist organisation in the UK. There is no legitimate reason for these rockets to be fired, and we have demanded that they cease doing that. We recognise that Israel has a legitimate right to defend itself but must do so proportionately.”

As of Thursday, many international flights to Israel have been cancelled, with others diverted from the Ben Gurion international airport near Tel Aviv to a southern airport amid the persistent rocket fire from Gaza.