Executed Scottish Witches to Be Pardoned 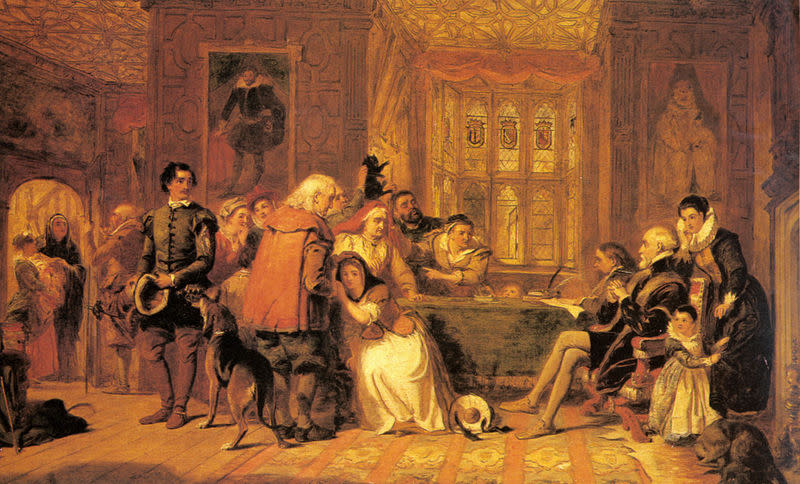 Thousands of women and girls executed under the Scottish Witchcraft Act between 1563 and 1736 are to be pardoned following a two-year-long campaign by activists.

Meanwhile, Scottish First Minister Nicola Sturgeon is reportedly to back a parliamentary bill calling on Westminster to posthumously clear the names of the accused.

The move, inspired by the Massachusetts House of Representatives 2001 proclamation asserting the innocence of the victims of the Salem witch trial, comes nearly 300 years after the original witchcraft acts were repealed in Scotland. Under the act, nearly half of the 4,000 people accused of witchcraft, which included both women and men, were executed for ‘crimes’ ranging from causing hangovers to meeting with the Devil.

Speaking of the pardonings, Claire Mitchell QC, leader of campaign group Witches of Scotland, said she was inspired to call for an official monument for the victims of witchcraft by the case of Lilias Adie, who died in prison in 1704. According to Mitchell, she had the idea while walking in Princess Street Gardens, Edinburgh, where she noticed that the statues were almost entirely dedicated to men.

“Per capita, during the period between the 16th to the 18th century, we executed five times as many people as elsewhere in Europe, the vast majority of them women. To put that into perspective, in Salem 300 people were accused and 19 people were executed. We absolutely excelled at finding women to burn in Scotland. Those executed weren’t guilty, so they should be acquitted.”

“It is right that this wrong should be righted, that these people who were criminalised, mostly women, should be pardoned. This is an issue that does have a resonance in the modern day: by righting this wrong it can have an impact in challenging gendered and patriarchal attitudes in society.”