Donald Trump on Biden’s Afghanistan Withdrawal: “Single Most Embarrassing Moment in the History of Our Country” 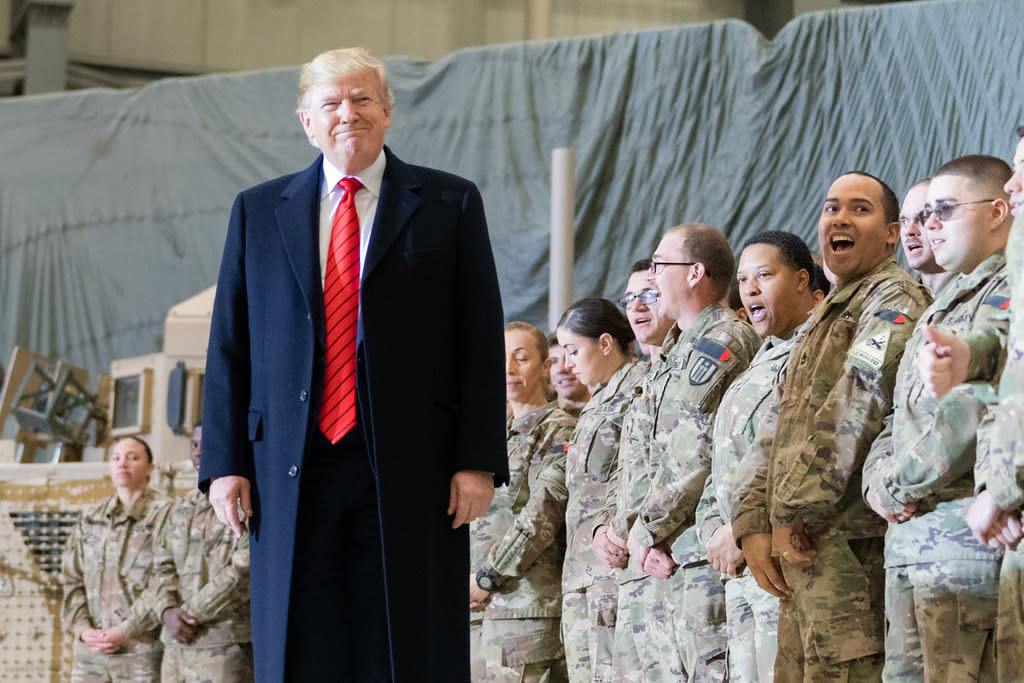 In an exclusive two-hour-long interview with Breitbart News at his golf club in northern New Jersey, former President Donald Trump discussed President Biden’s withdrawal from Afghanistan. The interview took place on Wednesday evening, a day before the terrorist attack at Kabul airport. The attack saw 90 people killed including 13 US service personnel.

Trump began by highlighting his surprise at the universality of the public mood in America concerning the troubled withdrawal of Afghanistan:

“Well, the only thing that surprised me is that everybody knew how absolutely stupid this situation in Afghanistan was, that it should have never ever been this way,”

Trump went on to outline what specifically was wrong about Biden’s withdrawal:

“Because everybody knows - a child would know - you take the military out last. You get everybody out, then you get all the equipment - you take your $83 billion worth of equipment - then you blow up the bases. And perhaps you stay at... You take a certain area that you may want to keep, like Bagram, and keep the base - Bagram - because it’s next to China and Iran. It costs billions and billions of dollars to build. And maybe you keep that for other reasons. But everybody knows that you take your military out last. And they took the military out first.”

In response to Biden laying the blame for the unsuccessful withdrawal at Trump’s feet, the former President highlighted the successes he had in dealing with the Taliban whilst he was in office. He pointed to the fact that after his Secretary of State, Mike Pompeo, negotiated a deal with Taliban leader Mullah Abdul Ghani Baradar in February, there had been no loss of American life - until yesterday, under Biden. Trump stated:

“And the people that I was doing a very good job of dealing with - remember, we haven’t had a soldier killed in a year and a half … that was a condition. No soldiers were killed - no American soldier was killed.”

In response to the subsequent attack, Trump and his wife Melania released a joint statement:

“Melania and I send our deepest condolences to the families of our brilliant and brave Service Members whose duty to the U.S.A. meant so much to them. Our thoughts are also with the families of the innocent civilians who died today in the savage Kabul attack … This tragedy should never have been allowed to happen, which makes our grief even deeper and more difficult to understand.”

When asked whether Biden is truly serving as the Commander in Chief or whether someone else in his administration may be serving in that role, Trump stated:

“when you have something that’s so obviously stupid, and everybody else goes along with it, he must be to a certain extent calling the shots. Take a look at what happened. He came up with a plan that’s so crazy, and stupid. And the people can’t be that dumb that they would go to approve it. So he must have said, this is what he wants to do, and they went along with it. All he had to do is a similar thing - what I was doing was just taking the military out last, and when everybody is out, when all the equipment is out and everything is gone, and then we just take the military and we wave ‘bye bye’. Call it a bad experience. And we would have got out with great dignity and we could have even claimed victory. This is a pure loss.”

In a video response to the attack, Trump reaffirms “this would not have happened had I been president.”