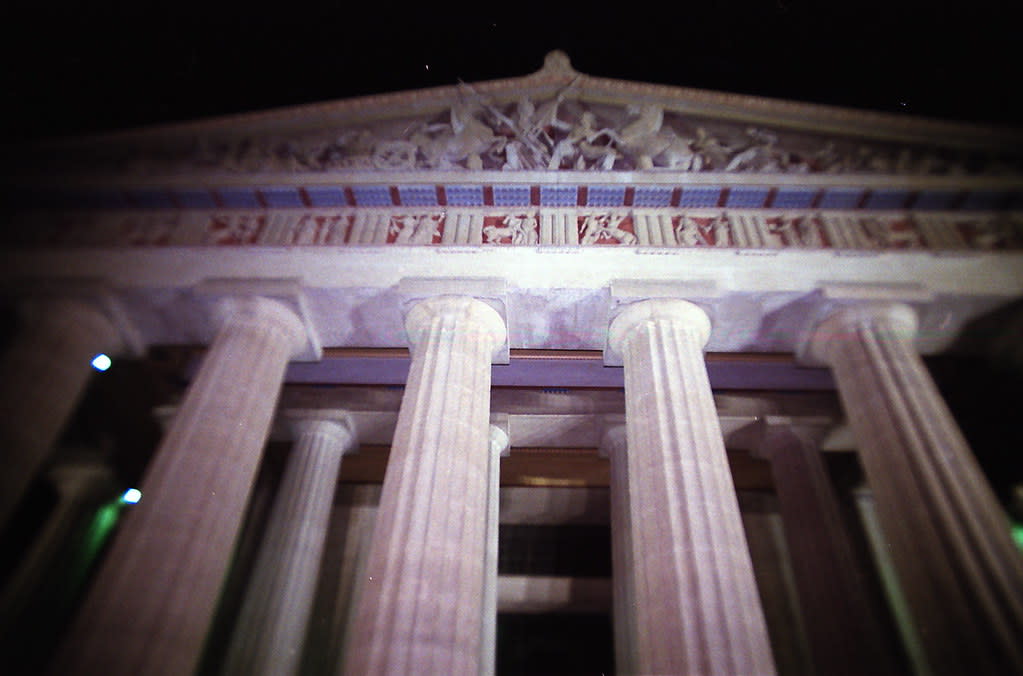 The Ancient wonders of the world, such as the Egyptian pyramids and the Greek Parthenon, were faked by the West with the aim of diminishing the glory of China, claims Huang Heqing, who teaches Western art and culture at Zhejiang University.

Professor Huang Heqing stated in a university lecture that in the 19th and the 20th centuries, the West was spending huge sums of money in places such as the Mediterranean or India forging historical relics of cultural importance. He proposed that the Pyramids of Khufu and the Great Sphinx of Giza were constructed in the 19th century and made of concrete. In the lecture he claims:

“A well-known French chemist and material scientist conducted physical and chemical analysis on the Khufu pyramid in the 1980s, and confirmed that other than a small amount of natural stone, it mostly consisted of concrete,”

The French chemist he is referring to is Joseph Davidovits, who was a materials scientist known for the invention of geopolymer chemistry. He is also attributed with the ‘limestone concrete hypothesis’, which suggests that the pyramids were not carved stone as initially thought, but mostly a form of limestone concrete that was ‘cast’ in a manner reminiscent of modern concrete.

According to his hypothesis, soft limestone with a high kaolinite content was quarried and dissolved into a watery sludge. Lime taken from cooking fires and natron used in mummification was then supposedly mixed in. The pools were left to evaporate leaving a clay-like mixture which could be transported and set in wooden moulds. As part of a proof-of-concept, a team of five to ten people, working with simple hand tools, were able to successfully construct several blocks weighing between 1.3 to 4.5 tonnes.

However, Davidovits’ method is not accepted by the academic mainstream, who point to the ten-tonne granite stone above the King’s Chamber, which even Davidovits agrees was carved - carving this stone would be even more difficult than the lighter outer blocks.

Critics also point to the fact that the pyramids were constructed two millennia before the ‘Roman concrete revolution’ of the 1st century that allowed for the construction of buildings such as the Roman Pantheon. Even Davidovits did not dispute the date of construction of the pyramids.

Despite this, Huang claims:

“The ancient Egypt we know today is actually a fairy tale fabricated by the Western orthodox historians since the 19th century.” 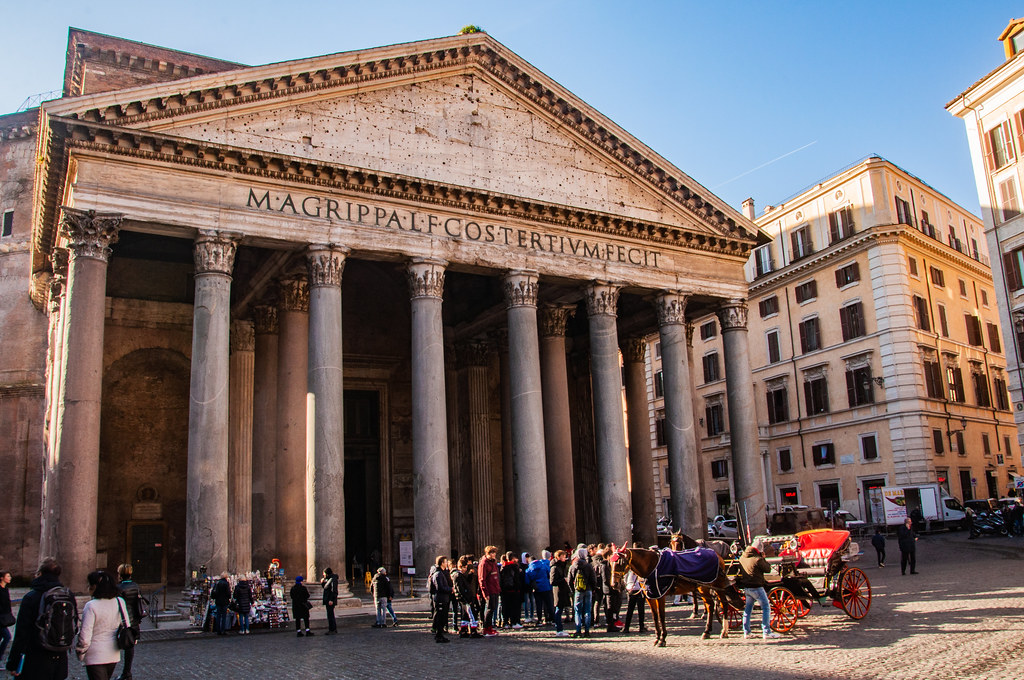 Huang points to sketches from Denon, the first curator of Paris’ Louvre Museum, who was one member of the party of scientists who accompanied Napoleon in his 1798 journey to Egypt. As part of the expedition, they sketched the Pyramids, which show them being situated around many hills, whereas in the modern-day they are not. Noting this discrepancy, Huang states:

“Whether it is the pyramids and the Sphinx in Egypt, or the Parthenon Temple in Athens, they are all actually modern forgeries by Western countries, with the purpose of depreciating Chinese culture … This is a historical conspiracy, so I have to make a stand for rectification for Chinese culture … The West is always making up history and falsifying ancient relics. The main purpose is to belittle Chinese civilization. I want justice for Chinese civilization!”

Although nationalist conspiracy theories promoting China above all are not uncommon and are actively promoted by the Chinese Communist Party (CCP), in the past it was relatively rare to hear these theories being espoused by an academic at a prominent institution. The school of Arts and Archeology at Zhejiang University is one of the oldest and most prestigious institutions in China and ranks among the top three in the nation.

It is becoming increasingly common under the rule of the CCP to rewrite history and to place China at the Centre of the world. Huang wrote the preface to a book by Zhu Youzhi titled “The Fictitious History of Western Civilization: Research on the Ancient and Modern West Copying China”. The book details how “Primitive Europe was brought into the ‘civilization of the world’ by China, from which it obtained writing, navigation, technology, economy, bureaucracy, democracy, philosophy, and history.”

There have also been other attempts by the CCP to present Western history as false, such as “Fictitious Ancient Greek Civilization,” published in 2015 by Dong Binsheng. In the book, Binsheng claims that there is insufficient archaeological evidence to suggest that ancient Greek civilisation existed. He goes on to argue that as opposed to a “Renaissance” of classical civilisation, the Enlightenment was a product of contact with Chinese civilisation.

This view complements those espoused by Du Gangjian, author of “The Source of Civilization and the World of Great Harmony,” which proposes that human civilisation originated in southwestern China before moving westward and creating ancient Greek and Roman civilisations. Although seemingly comical to Western readers, there appears to be a recent movement in China that seeks to undermine Western history whilst simultaneously promoting the idea that China has always been the seat of the civilised world.