Cheers for the Weights and Rugby Training 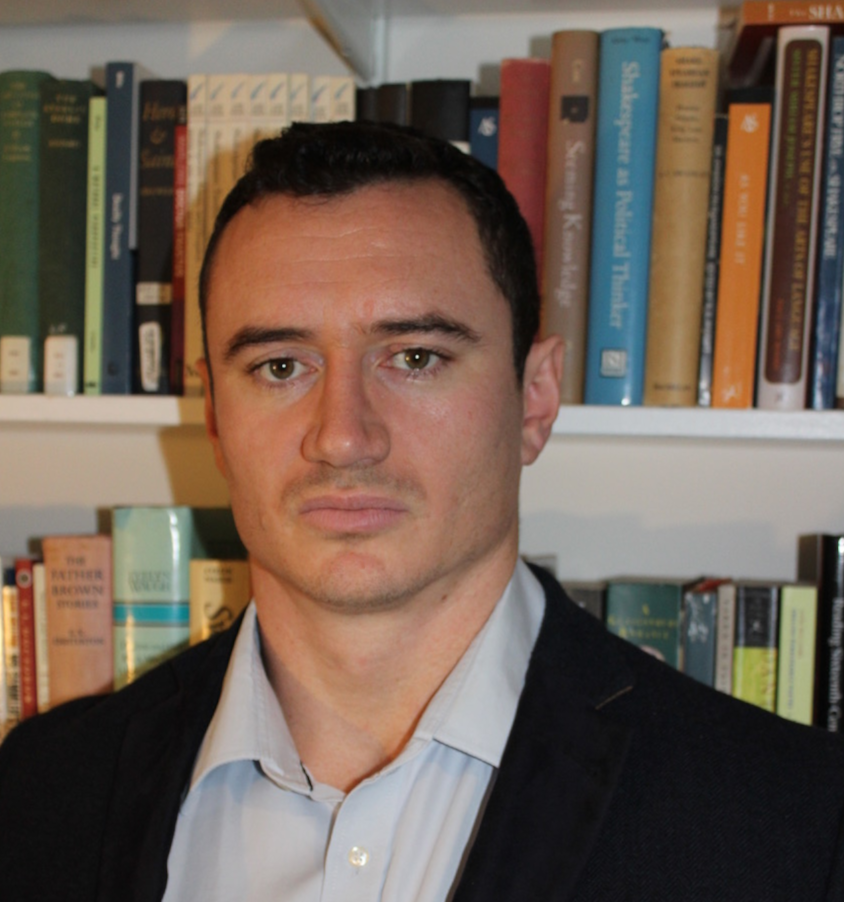 “There is a crisis of masculinity” said former Eton teacher Will Knowland recently,  “especially in all-boys schools.”

Some of these institutions, he added, “are embarrassed to exist, they need to think hard about why that is.”

Knowland’s observation is disturbing. The idea of a school being embarrassed by the very gender of its students is unsettling - a testament to how deeply engrained the anti-masculinity narrative is within society. In any case, should these schools follow Knowland’s advice and ask themselves why they feel embarrassed, what would their answer be? They might well deny the existence of these feelings, or paint them as something completely different, but whatever their reasoning, you can be certain it will hold maleness as negative and consider masculine traits worthy of suppression.

The now-sacked English teacher has witnessed the assault on masculinity first hand, you could even argue that he is a victim of its uncompromising wrath. Over several years, Knowland saw anti-male ideology spread among Eton’s students and staff, while alternative views on the topic were being discouraged. He lamented over the oppressive-patriarchy ideas being presented to the boys through visits by the founder of The Everyday Sexism project Laura Bates, and workshops run by The Good Lad Initiative - an organisation whose ethos is to “rethink Masculinities” and "create gender equalities.”

This atmosphere went against the institute’s proud 580-year-old debate and free-speech tradition, prompting Knowland to create his Patriarchy Paradox video.

Designed for the college’s flagship debating course called Perspectives, it was primarily an opportunity for the 16/17-year-olds to consider some of the ideas they have been exposed to, where patriarchy is an entirely social construct, involving the oppression of women by men.

“The theme for this term was identity,” Knowland told his Triggernometry hosts, encompassing “issues that come under the umbrella of identity politics … all controversial topics in the media and culture at large so it's important for boys to be engaging with them.”

Over the last few years, reflected Knowland, “I have noticed that some of these were being treated in a way that, in my opinion, was partisan, and schools have a duty to be non-partisan in the presentation of political topics.”

The Patriarchy Paradox, explained Knowland, “was a presentation of the standard view from evolutionary anthropology, which is that patriarchy is at least partly rooted in biology - that’s why we see it in other mammalian species, not just human beings, so it's difficult to see how it's purely a social construct … It’s what is the canonical position in the whole body of mainstream science, it's just one that boys don't often hear because you get the view of the social scientists instead which is purely social constructivism.”

Knowland’s overview of this take on the genders was never used in class because a female member of staff found the video offensive, so “the headmaster cancelled the lecture,” recounted Knowland. “But he also demanded that I remove it from my personal YouTube channel, even though it included the disclaimer that was agreed with Eton. Not only had the lecture been cancelled at Eton, but the headmaster also didn’t want the boys to be able to think about the video critically in their own time.”

Knowland felt this infringed on his right to free speech, the boys' right to receive information and his duty to uphold the College's primary aim of promoting the best habits of independent critical thought and broad-based discussion, so he refused to do so

Without being given a reason. The father of five was eventually let go.

“This hysterical emotional sensitivity is really just a form of aggression,” reflected Knowland, “playing the victim while really being a manipulative cry-bully … Their reaction to The Patriarchy Paradox is the clearest proof of their agenda - the flak only gets heavy when you’re over the target.”

Once boy schools open up to the PC, anti-masculinity narrative, they find themselves at odds with the naturally masculine character of the boys under their care. This is a tragic state of affairs. Going against the grain is not easy - it takes courage and conviction which many school heads do not possess, but the degree to which they give in to the consensus does matter. It is possible to raise boys' awareness to issues that affect girls, for example, without it being an assault on the boys’ very character. Eton’s case stands out because its headmaster chose to set the entire school on a new ideological path and ‘enlighten the boys about the error of their gender’. Henderson’s woke agenda created conflict.

It proved so unsettling that the Eton master in charge of the Perspectives debating course resigned that position, parents and Etonians spoke to the press (mostly anonymously), revealing vulnerable younger boys so affected by this that their behaviour has changed for the worse.

Bottom line is that Eton, just like the education system at large, views masculine traits as negative and in need of correction. The anti-male narrative has become the ever-present, undisputed undercurrent within mainstream media and culture, from goofy male characters in sitcoms to the bashing of masculine traits in schools - the question to ask is: how have we as a society reached a state where an entire gender is made to feel guilty by virtue?

“This is the point I was making to my (14-year-old) son’s headmaster,” Ella (not real name) has told me. “The school arranged assemblies and special talks about harassment of women,” she explains. “That was not an issue in itself, what got me was correspondence from the school quoting a famous feminist activist, holding all men responsible for violence towards women.” Ella called the headmaster to “remind him that the boys under his care have harassed no one and should not be made to feel guilty for something they didn’t do.” ”Most importantly,” she stressed, “I wanted to make sure they are not made to feel guilty for being born male.”

Ella was wise to spot the school’s ‘guilt by gender’ that is at play here and brave to air her objection - parents often remain silent out of fear that their child will be singled out and mistreated as a result of their opposition. I wonder how many read the infuriating quote and thought it completely normal for our time.

It is worth noting that parents are becoming more aware and more outspoken. They are in fact part of a growing movement of resistance to the stigmatisation of males - an issue I have expanded on in my recent Quillette piece.

Toby Young of The Free Speech Union, currently advocating for Knowland, rightly considers this a landmark case. Covered extensively in mainstream media, it shocked many as it brought to light the extent of woke culture’s reach and the fact that even Eton proved easy prey for the political correctness beast.

Knowland’s experience is proof that for several decades, the pendulum has swung too far in favour of the ‘oppressive-patriarchy’ narrative. It is a reflection on a culture that considers the ‘adjustment’ of boys’ basic character acceptable. The famous case of a school where boys were made to face their female colleagues and apologise for rapes committed by their gender is an example of the prevalent perception of male as a dangerous predator by default.

An important aspect of this case is that the assault is on boys’ masculinity, rather than men’s, as highlighted by Brilliant Bob author Ken Jolivet. “At one point,” he explains, “the attack shifted from anti-men to anti-male, meaning that innocent boys were on the receiving end.”  This prompted Jolivet to pen his Brilliant Bob children’s books, seven lively tales where Bob and his friends celebrate masculine traits. “The stories are my way to fight back and show boys that competitiveness, risk-taking, bravery, strength, persistence and stoicism are positive values that should be praised and encouraged, not suppressed.” 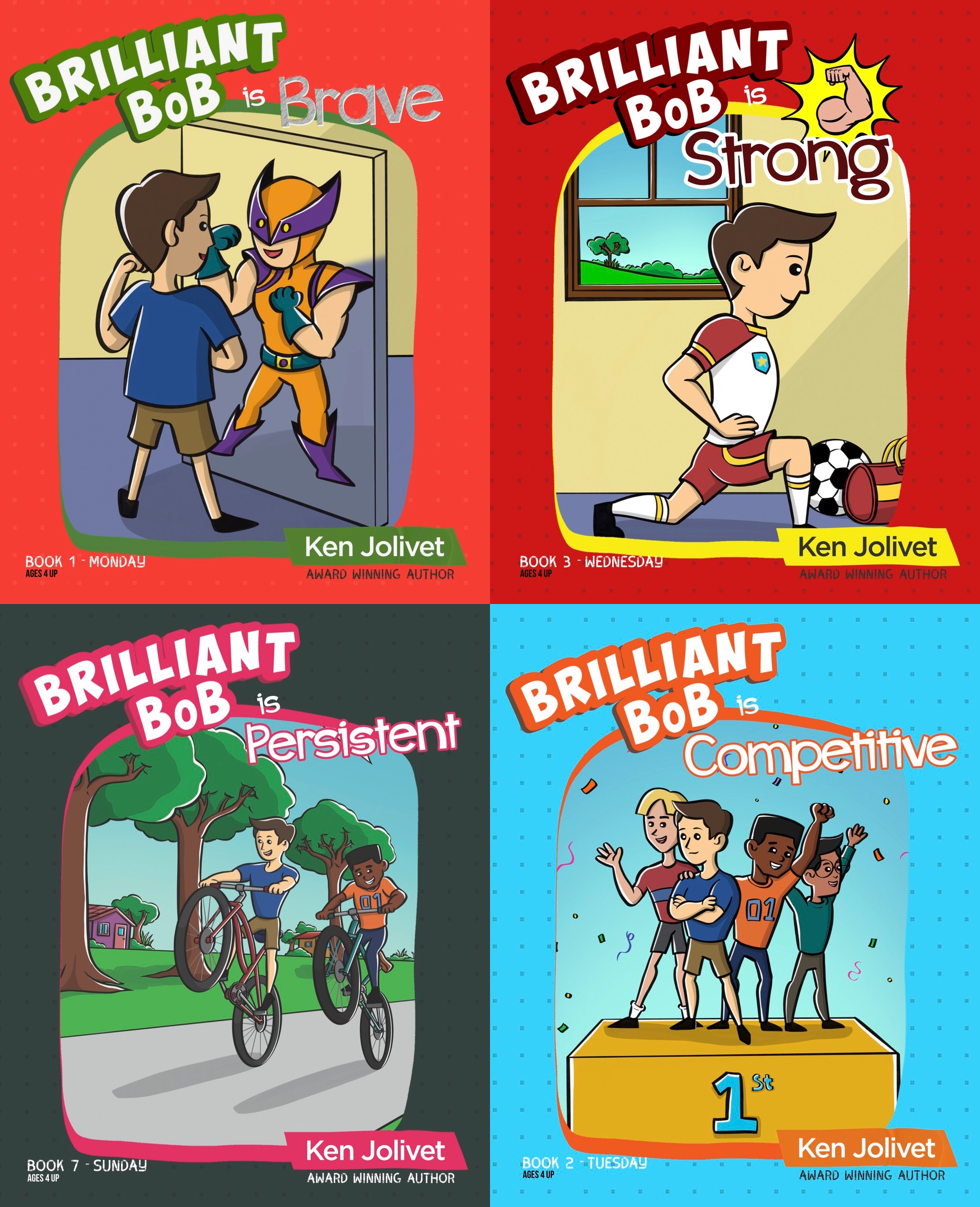 Knowland’s resistance saw Eton’s headmaster refer the popular teacher to the Teaching Regulation Agency. “In his opinion,” explained Knowland, “what I’d done was so serious that it warranted their decision on whether I should be banned from schools for life - the referral was compulsory: schools only have to make one if they personally think the referral threshold has been met.”

I asked Knowland what a win would mean for him.

“A win for me would mean a win for the importance of free speech and debate in education,” he replied, “even if teachers find curriculum content offensive, students can still discuss it critically.”

Knowland’s win is important because regardless of what the two sides state, the battle is perceived by the public as being over the message conveyed in The Patriarchy Paradox - it is the view of manhood as the woman-oppressing patriarchy vs. Knowland’s assertion that “although it’s of course partly shaped by culture, patriarchy is also partly rooted in biology and the evolutionary interests of women, which is why all societies have been patriarchies.”

Where the sexes differ, adds Knowland, it is the result of sexual rather than natural selection - “men, both physically and psychologically, have been shaped by women, and such traits as stoicism, competitiveness, aggression and dominance cannot be dismissed as intrinsically toxic, nor can men be redesigned from scratch.”

People need to put boys in touch with the past and the traditions about what it means to be a man, concluded Knowland, “rather than rubbishing them and leaving them with some of the main pillars of their identity, as one of the Eton boys put it, just crushed to dust.”

"Will's battle is particularly important because if the bastion of Eton has fallen to wokism and feminism, it makes the fight that much harder because they've essentially won the war,” added Jolivet. Will is right in the concept and belief that boys need to be taught what it means to be a man, but more than schools doing the teaching, it is most definitely the father's job to mentor and teach the boy. If the school does as well, all the better - most genuine people will tell you that it takes a man to truly teach a boy what it means to be male and a man."

Good male teachers could make a big difference - “over all grades and all schools, women teachers outnumber men three to one,” Knowland explained, “sadly, Graham Holley, the former Chief Executive of the Training and Development Agency for Schools, pointed out in his 2008 letter The Quiet Conspiracy that research shows the ‘fear of being labelled a paedophile is the single biggest deterrent to men who would otherwise consider teaching in our primary schools’ - despite talking about the importance of role models, they don’t say much about the importance of male role models for male pupils either. In 1970, about 60 percent of secondary teachers were male, and it’s been declining since, but especially rapidly in the last 15 years, even faster than the number of male primary school teachers.”

Knowland’s interview with Quillette was spotted by Jordan Peterson who retweeted it - a welcome pat on the back for the defiant scholar.

Although he misses his job, Knowland cannot imagine himself “creating resources that get blocked in case someone gets upset.” “The thing that really did it for me,” said Knowland, “was that some of the material coming out about Black Lives Matter in the wake of George Floyd's death was so one-sided.” Knowland wanted to share a video by Thomas Sowell that was blocked, as were resources from Candace Owens.

Nearly 3000 students and supporters signed a petition calling for Knowland to be reinstated. “There was a telling comment on the petition letter calling for my reinstatement,” reflected Knowland, “it said ‘cheers for the weights and rugby training - let’s not let the school fire one of the few strong male role models we had.” 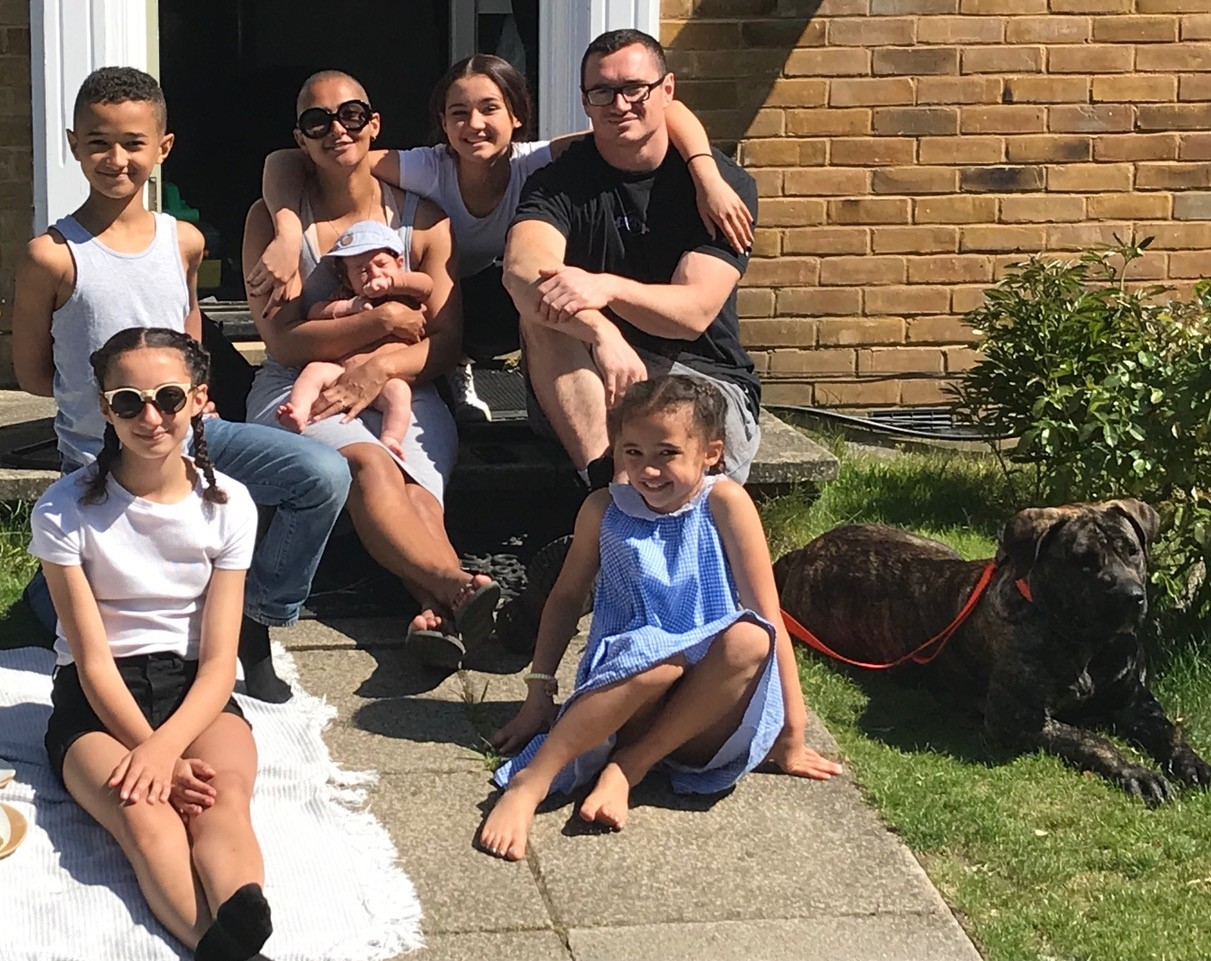