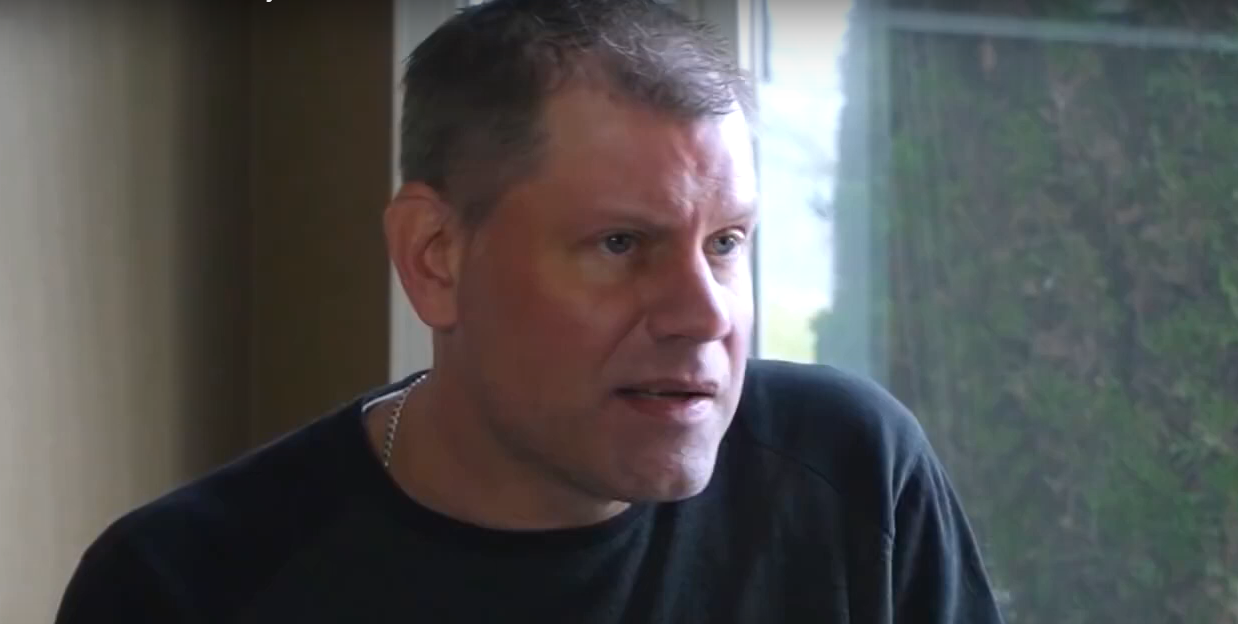 Robert Hoogland was found in contempt of court for referring to his biological daughter with the pronouns “she" and “her”. He is the father of a biological female who identifies as a transgender male.

On Tuesday morning, Hoogland surrendered himself to the court when the Attorney General of British Columbia issued a warrant for his arrest. He is currently jailed. Hoogland openly opposed his child undergoing so-called “gender affirmative” medical procedures, stating his view that he wished to protect his child from undergoing irreversible harm. However, the Canadian medical system, legal system, and the child’s mother all agreed to press ahead with both social and medical transitioning of the 14-year-old.

In December 2020, Hoogland was compelled by Justice Mazari to collaborate with the transitioning of his daughter and was instructed not to refer to her as his daughter. In response, Hoogland challenged the decision, citing his right to freedom of speech. Hoogland's lawyer Carey Lind said that the judge forced him to sit in the prisoners' dock even though he had committed no crime. The judge reportedly referred to him as “the accused”, in response to which Lind made an application to recuse the judge (challenge him as unqualified to perform legal duties because of a potential conflict of interest or lack of impartiality) on the basis that his conduct was prejudicial.

Hoogland has stated publicly that his child has been facing complex problems stemming from his divorce from the child’s mother. After their separation, his daughter started "getting into trouble and hanging out with boys,” so they arranged for her to start seeing a school Councilor. Over time, Hoogland noticed that his daughter cut her long hair and began wearing a toupé, developed an intense attraction to two male teachers, and made a suicide attempt.

Hoogland later discovered that the school had been showing his daughter SOGI 123, sexual and gender identity materials used in British Columbia, which he claims amount to transgender ideology "propaganda videos." Then, in the 7th-grade yearbook, the child was referred to by a different name - Hoogland found out that the school Councilor changed her name without informing her parents. The school reportedly "socially transitioned" the child of their own volition, with the input of controversial psychologist Dr Wallace Wong.

Dr Wong has advised parents of children to make fake claims of their children being suicidal to get transgender treatments, stating to the audience that it is “up to us as advocates” of transgender children to exaggerate to medical professionals. Wong runs a children-only gender therapy practice, in which he claims proudly that his youngest client is not yet three-years-old and has 501 orphans and foster children clients. If his claim is true, this would mean that between 10-20% of children in governmental care in British Columbia are classified as needing his gender therapy - an increase of 12,500% since 2010.

When Hoogland accompanied his daughter to a consultation with Dr Wong, the psychologist advised her to take testosterone, referring her to the endocrinology unit at the local hospital. Hoogland did not agree with this and sought to help his daughter through mental health treatment. On the first visit to the hospital, both the child and the child’s mother signed a consent form which stated that the treatment was experimental and that it was not known what the long-term effects of such a treatment would be. However, Hoogland, took the decision to court believing that his daughter was one of the 85% of adolescents whose gender dysphoria desists once puberty ends. In the hearing, Judge Boden ruled that a father’s consent was irrelevant. The judge also stated that that the child’s parents must affirm the child’s gender identity otherwise they would be implicated in a criminal offence of ‘family violence’.

Hoogland said in an interview:

"Here I am, sitting there as a parent, watching a perfectly healthy child be destroyed, and there's nothing I can do but sit on the sideline according to Justice Boden at the time. I can only affirm, or get thrown in jail."

After Hoogland had an interview with the Federalist, in which he complained about the damage being done to his biological daughter’s health, Justice Mazari convicted him of ‘family violence’ on the basis that he refused to use his child’s preferred pronouns. Following the arrest, he still refused to use male pronouns. He said of the ruling:

"In the Mazari ruling, it said that I can only think thoughts which are contrary to the Boden ruling. The court was gracious enough that they did not police my thoughts, but everything else they could."

Continuing in the courts, Hoogland hoped to get his daughter off of testosterone, but in January 2020, the highest court in British Columbia ruled that the child should continue with the hormone treatment. The court also imposed a conduct order upon him that he must refer to his child with male pronouns. Of this, Hoogland stated:

“[The court] created a delusion, and they're forcing parents to live in this delusion … What happens when the bubble explodes and the delusion ends? … She can never go back to being a girl in the healthy body she should have had … These kids don't understand. What kind of 13-year-old is thinking about having a family and kids?”

“What kind of father would I be if, in ten years’ time, she's detransitioning, and she asks me, 'why didn't you do anything to stop this? None of you stuck your neck out for me back then.’”

“Perhaps saving children is a dream ... but I don't think so. As I was driving I saw children walking their dogs, I saw children playing together, and I saw a generation that needs their parents more than ever. I visited all my family homes ... places where I grew up as a child. I remembered how much I loved my own parents and how much I needed their protection.”