Biden Delegates the Handling of the Border Crisis to Kamala Harris 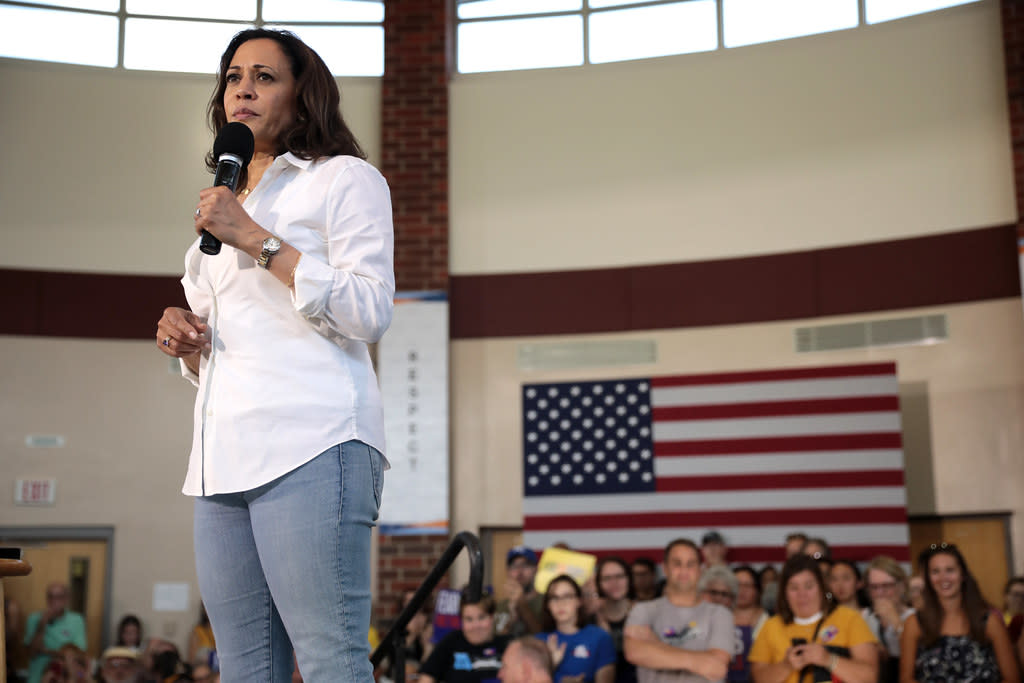 US President Joe Biden has delegated the crisis on the southern US border to Vice President Kamala Harris as a planned migrant caravan will depart from San Pedro Sula, Honduras, on 30th March.

Ms Harris, who previously stated that the scenes at the border are a “huge problem,” will undertake responsibilities involving diplomacy with the Central American countries known as the Northern Triangle - El Salvador, Guatemala, and Honduras.

In February, Arizona Pinal Country Sheriff Mark Lamb said that the desert at the “south end of our county” is back to the “Wild West”, reminiscent of the years of the Obama administration. Southern border migrant encounters were up 174% year-on-year, with White House press secretary Jen Psaki blaming the Trump administration for an "unworkable system.”

On Sunday, undercover footage from inside a US Customs and Border Protection temporary overflow facility in Donna, Texas, showed the squalid and cramped conditions that migrants are subjected to, with nearly thirty thousand unaccompanied children having been detained at the border last month. As of Saturday, there were 10,000 migrants in Customs and Border Protection (CBP) custody overall and nearly half were unaccompanied minors.

Vice President Harris admitted on Wednesday to CBS News that the scenes at the border were serious, but declined to call them a crisis:

“It’s a huge problem. I’m not gonna pretend it’s not, it’s a huge problem, are we looking at overcrowding at the border, particularly these kids? Yes. Should these kids be in the custody of HHS, the Health and Human Services, instead of the Border Patrol? Yes. Should we be processing these cases faster? Yes. This is, however, not going to be solved overnight.”

“At no point in her career has she given any indication that she considers the border a problem or a serious threat. If President Biden’s intent was to show that he’s taking this seriously, he’s really done the exact opposite. He’s completely trivialised this issue by putting someone in charge who flat out just doesn’t care."

President Biden, in contrast, called Harris "the most qualified person" to undertake the crisis, stating that he gave the Vice President a “tough job”. According to the Washington Post, Biden said of his expectations for Ms Harris:

“It’s not her full-responsibility job, but she is leading the effort because I think the best thing to do is to put someone who, when he or she speaks, they don’t have to wonder about, is that where the president is. When she speaks, she speaks for me."

Meanwhile, Joe Biden has faced criticism in Haiti after a series of tweets were released by the American embassy between the 23rd and 24th of March which included a graphic of President Biden and a written message in Creole, saying “I can say quite clearly, don’t come over.” The Haitian ambassador to the US, Bocchit Edmond, noted:

“Our understanding is that these statements were made at a press conference regarding the issue at the US-Mexico border, rather than in relation to Haiti. I’m confident we can expect more clarification on this matter.”