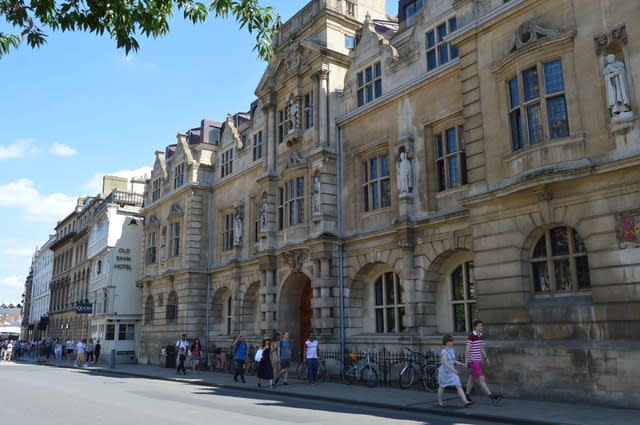 Academics have signed a petition calling for the boycott of Oxford’s Oriel College following the decision not to remove the statue of Cecil Rhodes at the college.

According to the academics, the statue’s presence above the entrance to the college “glorifies colonialism” and prevents the “effective and credible eradication of racism.”

Led by French Literature Professor and Worcester College Provost Kate Tunstall, the petition called on university staff to stop holding tutorials for Oriel’s 300 undergraduates, depriving them of the chance for comprehensive discussion in small groups or one-to-one sessions.

On May 21st, Lotuseaters.com reported on Oxford University’s decision against the removal of the depiction of Rhodes, an imperialist and Prime Minister of the South African Cape Colony in the late Victorian era. This decision had supposedly been made because the statue’s removal would have been too “costly.” An Oxford alumnus, Rhodes was an important figure for the University, creating a scholarship program that today enables 83 students from the United States, Germany, Hong Kong, Bermuda, Zimbabwe and several Commonwealth countries - including a number of southern African nations - to come each year to study at Oxford.

Professor Tunstall, writing in her “statement of a boycott of Oriel College,” noted: “'Faced with Oriel's stubborn attachment to a statue that glorifies colonialism and the wealth it produced for the College, we feel we have no choice but to withdraw all discretionary work and goodwill collaborations.” Tunstall, who has previously led campaigns to stop the saying of grace before meals, invited signatories to agree to the “refusal of requests from Oriel to give tutorials to Oriel undergraduates.”

Speaking to the Daily Mail, one senior Oxford Professor labelled Tunstall’s motion as “despicable and mean-minded.”

“It is unprecedented for the head of one college to attack and detract from the teaching of students at another college. This is politics based on ignorance and bias, and should have nothing to do with Oxford or any other university, where the principal aim should be to educate students and not damage their learning through left-biased agitation.”

“This is academic blackmail by a group of academics who think their own political views should trump everyone else's, and if they don't get their own way then any innocent students who happen to fall within their boycott will become the victims.”

In May, the governing body of Oriel College said its decision to keep the statue had come after weighing up the “regulatory and financial challenges” associated with removing the statue. The College also noted that attempts to place the statue elsewhere “could run into years with no certainty of outcome,” considering that it would require cooperation from several outside institutions, including the Secretary of State for Housing, Communities and Local Government. Instead, the College said it would focus on “improving [its] educational equality, diversity and inclusion amongst its student cohort and academic community.”